The Battle of Crete WWII, Defeat and Defiance (Battlefield Walk)

FREE
This tour is for Patrons only.

A special tour of the beautiful Mediterranean island of Crete, exploring the famous battle of May 1941 and its aftermath.

In the spring of 1941, German troops invaded mainland Greece and quickly overwhelmed the Allied forces based there. Many were evacuated to Crete, where New Zealander Major-General Bernard Freyberg VC began to prepare the island’s defence.

On the morning of 20 May, a German airborne assault began, with paratroopers and glider forces attacking key airfields on the northern coast. After a day of battle, and in spite of spirited efforts by many British, Australian, New Zealand and Greek units, the vital airfield at Maleme soon fell, allowing the Germans to bring reinforcements and supplies to bolster the assault troops.

Allied forces fought on for several days and Cretan civilians resisted the invaders. In the end, Allied commanders were forced to order the evacuation of the island. The Royal Navy began a rescue operation on 28 May, with German air and sea attacks causing many casualties. By 1 June 1941, the evacuation was complete.

German paratroopers embark on a transport aircraft for the invasion of Crete, 1941

The Battle for Crete was a pyrrhic victory for German forces, who had suffered heavy losses of around 4,000 killed or missing. They would never again attempt a major airborne assault. While around 18,000 Commonwealth soldiers were evacuated, some 12,000 were taken prisoner and a further 2,000 lost their lives. For the Cretan civilians, the occupation would be brutal and traumatic.

Perhaps the most celebrated episode during these long years was the capture of German general Heinrich Kreipe in the spring of 1944. Conducted by Cretan resistance fighters and the British Special Operations Executive (SOE), it symbolised the courage of the Cretans, but resulted in horrific reprisals.

Our bespoke Battlefield Walk is led by experts Rick Stroud and Glyn Prysor, exploring the battlegrounds of 1941 and beyond. We begin our tour in Chania, based in the pretty hotel Porto Veneziano, on the old Venetian harbourside.

We travel to the crucial airfield at Maleme, considering the experience of the troops on the ground and the German airborne forces, visiting the German cemetery and the vital high ground at Point 107.

Around Chania, we visit the Commonwealth cemetery at Suda Bay, discovering the stories of those laid to rest there, including John Pendlebury. As we move east to Heraklion, we visit the village of Anogia, centre of the Cretan resistance and home to a poignant memorial.

At Heraklion, we will be based at the grand historic GDM Megaron Hotel. We discover the story of the dramatic abduction of General Kreipe by the resistance in 1944, walking the ground where it happened, and visiting Villa Ariadne where Kreipe was based. Finally, we take the opportunity to visit the Unesco World Heritage site of Knossos, heart of the ancient Minoan civilisation.

German paratroops and their equipment descend from aircraft, Crete, 20 May 1941 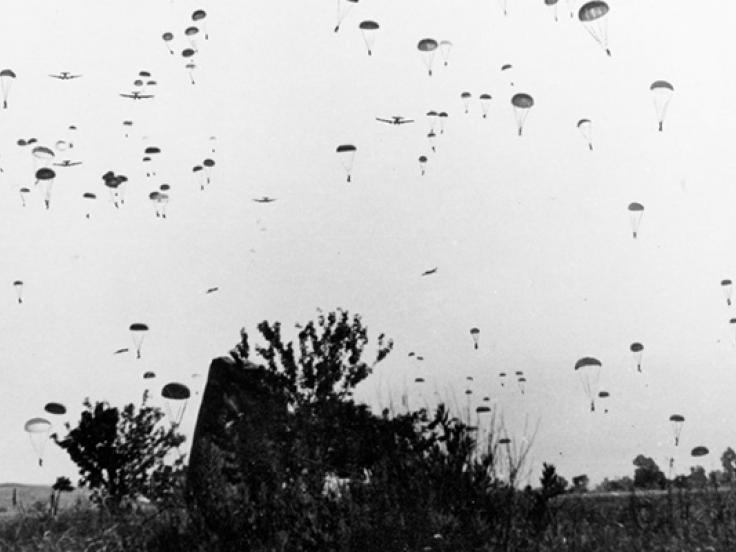 The Battle of Crete WWII, Defeat and Defiance

Historian Dr Glyn Prysor will look at the strategic context of the Battle of Crete, providing an overview of events in the air, on land and at sea. 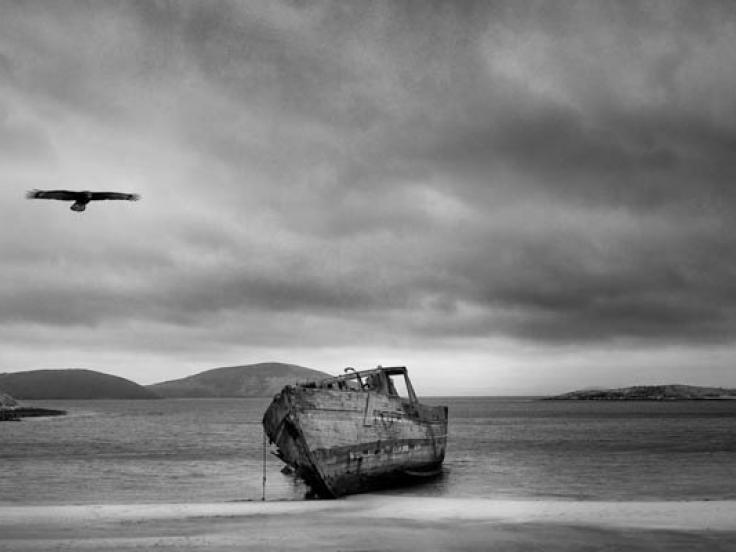 From the Sea, Freedom: The Falklands Conflict, 1982 (Battlefield Walk)

An outstanding opportunity ahead of the 40th anniversary of the Falklands conflict to experience the atmosphere and re-creation of events on the ground in the company of three distinguished veterans of the war. 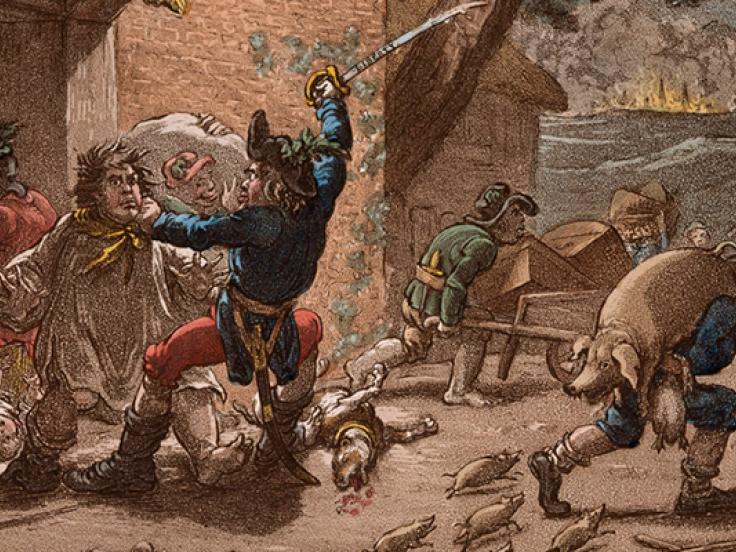 Led by Patrick Mercer OBE, this tour will rove around Eire looking at some of the bloodiest and cruellest battles in Irish and British history.