From humble beginnings, Field Marshal Sir Colin Campbell rose to lead the Highland Brigade in the Crimean War and was in command of the 'Thin Red Line' at the Battle of Balaklava. He was later commander-in-chief in India and led a relief army with great distinction during the Indian Mutiny of 1857.

The son of a Glasgow carpenter, Campbell's rise to high command was slow. By 1837, he was lieutenant-colonel of the 98th Regiment, which he commanded during the First China War (1842). He then went to India as a brigadier-general in 1846.

Campbell remained in India until 1853. During his time there, he gained distinction in the Second Sikh War (1848-49) and was wounded at the Battle of Chilianwala (1849). He was made a Knight Commander of the Order of the Bath in 1849, and specially named in the thanks of Parliament.

Promoted to major-general in June 1854, it was his service in the Crimean War (1854-56) that brought him to public attention and finally made his reputation.

Campbell commanded the Highland Brigade with notable success at the Battle of the Alma (1854). And at Balaklava (1854), his 'thin red line' of Highlanders repulsed the Russian cavalry assault.

Later in the campaign, Campbell took over command of the 1st Division from the Duke of Cambridge. He also did his best to improve the comfort of his men during the bitter Crimean winter. He was promoted to Knight Grand Cross of the Bath in July 1855.

‘There is no retreat from here, men. You must die where you stand.’  Major-General Sir Colin Campbell to his troops at Balaklava, 1854

Order of the Bath, Star of a Knight Grand Cross awarded to Major-General Sir Colin Campbell, 1855

When news of the Indian Mutiny (1857-59) reached England in July 1857, the Prime Minister, Lord Palmerston, offered Campbell the position of Commander-in-Chief of India in place of General George Anson, who had just died. He left the following day, arriving in Calcutta in August.

Having organised his troops and cleared Lower Bengal of mutineers, Campbell advanced on 9 November with 4,500 men to relieve the besieged garrison at Lucknow.

On 14 November, the Dilkusha Palace was stormed, and two days later the relief force broke through the rebel lines. The men, women and children besieged at the Residency were evacuated to Cawnpore on 22 November.

After defeating Tantya Tope at Cawnpore in December 1857, Campbell returned to Lucknow the following March for the final capture of the city.

He attacked in set-piece fashion, moving forward from position to position, after his engineers had constructed bridges across the Gumti River. La Martiniere was captured on 9 March and two days later the Secundra Bagh and the Shah Najaf mosque fell.

The Begum Kothi palace complex was a tougher nut to crack. Severe hand-to-hand fighting led to over 700 rebel deaths. Over the next three days, Campbell's gunners blasted their way through the buildings between the Begum Kothi and the rebel posts in the Kaisar Bagh - the Nawab of Oudh's palace - which was captured on 14 March.

Perhaps Campbell's main achievement during the rising was the way he organised the various campaigns that systematically cleared the rebels from each region. For these services he was ennobled as Lord Clyde in 1858.

After returning home the following year, Campbell received the thanks of both Houses of Parliament and a pension of £2,000 a year. In 1862, he was promoted to field marshal.

Campbell (right) and his Chief of Staff, Major-General William Mansfield, 1858

Campbell was criticised by some of his contemporaries. They nicknamed him 'Sir Crawling Camel', disliking his safety-first approach to battles. On the other hand, an official dispatch praised his 'steady coolness and military precision'.

While he may have lacked the dash and spontaneity of some other commanders, Campbell's concern for his men and his prudent desire to keep casualties to a minimum meant that he was much loved by his soldiers. Throughout his career he always stressed the importance of their physical conditioning and mental well-being. 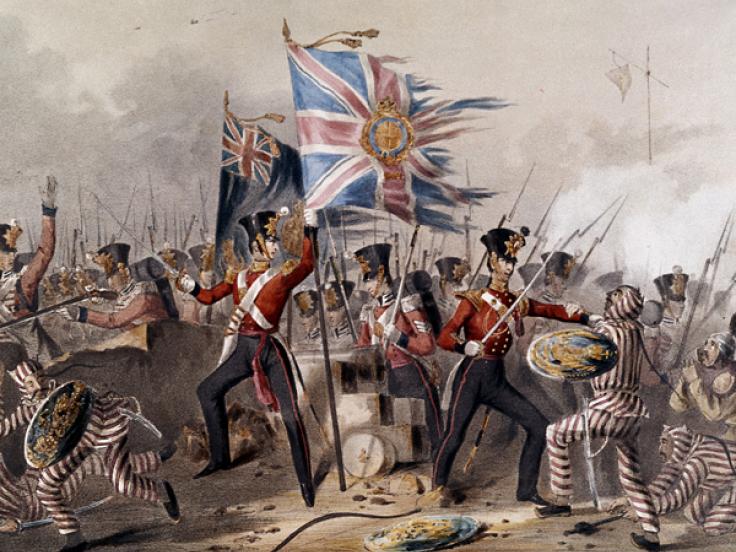 In 1839, British forces fought a war on behalf of drug traffickers. The victory they secured opened up the lucrative China trade to British merchants. 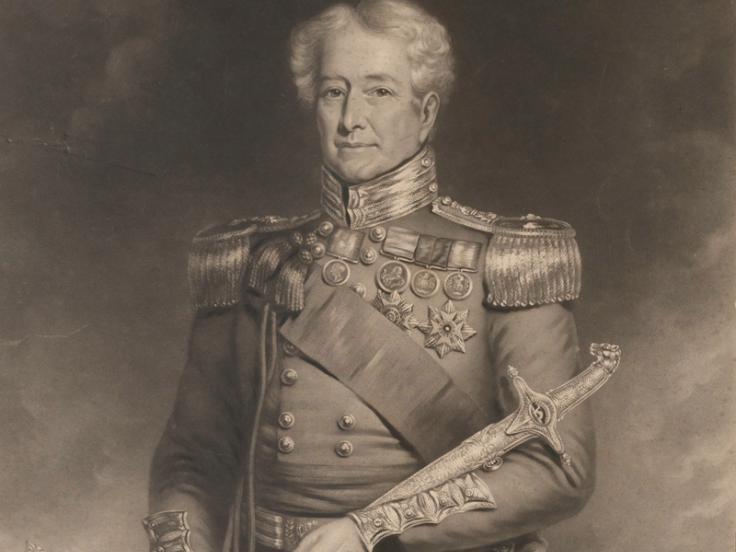