The grave of the Unknown Warrior in Westminster Abbey

To mark the centenary of the Unknown Warrior being laid to rest in Westminster Abbey, the National Army Museum in Chelsea, presents ‘Buried Among Kings: The Story of the Unknown Warrior’. The exhibition tells the story of this symbolic memorial dedicated to the hundreds of thousands of British servicemen who died during the terrible fighting of the First World War. Using objects, paintings, photography and personal testimony, the exhibition places the Unknown Warrior in the context of the First World War exploring the origins of the concept, the selection process, the physical journey, the poignant burial ceremony and his global legacy in the present day. Complementing the museum exhibition, a pop-up display at Victoria Station will chart the journey of the Unknown Warrior from the Western Front to his final resting place at Westminster Abbey.

The Grave of the Unknown Warrior was created as a collective memorial for the millions of Britons grieving the loss of loved ones after the First World War. Hundreds of thousands of soldiers were killed in theatres of war around the world; many bodies were lost entirely and many more could not be identified. In 1916, Chaplain David Railton conceived the original idea for an Unknown Warrior following a moving encounter with a wooden cross on the Western Front, inscribed 'An Unknown British Soldier'. This is represented in the exhibition by a union flag on loan from the Railton family, whose counterpart hangs in Westminster Abbey.

The exhibition pays special attention to the selection of the Unknown Warrior, a process that was shrouded in secrecy and remains much disputed to this day. Key accounts by Brigadier General Wyatt are displayed alongside the bible carried by Chaplain George Kendall during the selection process, as well as a copy of the secret orders given to Captain Albert Fisher. These orders add a new layer to the mysterious story of the final resting place of the bodies that were exhumed during the selection process but were ultimately not chosen to be the Unknown Warrior.

On display for the first time is a fragment of the original wooden Cenotaph erected from 1919 - 1920. This monument was initially temporary but struck such a deep chord of public feeling that it was swiftly established as Britain’s national and permanent war memorial. ‘The Passing of the Unknown Warrior’, a large-scale painting by Frank O Salisbury lent by Her Majesty The Queen from the Royal Collection, forms the centre of the exhibition. The painting highlights the procession of the Unknown Warrior from Victoria Station, past the newly-erected stone Cenotaph to be buried among kings and queens, inside the heart of Westminster Abbey. Attended by thousands of mourners and led by King George V, this event brought the nation together in collective grief.

Ephemera, documents and commemorative items relating to the funeral of the Unknown Warrior and the Cenotaph, are displayed together for the first time and include: the funeral service paper and an entry ticket to the Abbey. Detailed letters including one from Prime Minster David Lloyd George thanking the Dean of Westminster for the service highlight the emotion of the event which was attended by dignitaries, former servicemen, the Royal Family and widows and families of the missing.

The final section of the exhibition looks at legacy and shifting attitudes towards the Unknown Warrior. In the years immediately following the First World War, the United States and other Allied nations, including Belgium and Italy, created their own unknown soldier monuments as a focal point of commemorations to the war dead. Photographs of grave sites around the world, show the magnitude of this concept, and the enduring legacy of the First World War on our ideas of shared sacrifice and the tragedy of war.

Victoria Station hosts a complementing pop-up display from 9 – 16 November 2020 to allow rail passengers, commuters and passers-by to learn more about the journey of the Unknown Warrior from the Western Front to Westminster Abbey. The journey itself sees the coffin arriving into London in a railway carriage on the evening of 10 November 1920 at Platform 8, Victoria Station; a place and time acknowledged every year with a commemoration service held by the Western Front Association.

The National Army Museum will run a public programme of events in conjunction with the theme of, and throughout the course of the exhibition. The Museum will also host an academic conference with the Commonwealth War Graves Commission (CWGC) from 14 – 15 November 2020, exploring the 100-year history of the CWGC, dealing with the dead and the landscape of commemoration.

This exhibition has been made possible with great thanks to CWGC, Westminster Abbey, Royal Collection Trust and the Western Front Association.

The exhibition and pop-up display at Victoria Station is written by Justin Saddington, a Research Curator at the National Army Museum.

The exhibition includes loans from:

Westminster Abbey is one of the world’s great churches with a history stretching back over a thousand years with the shrine of the Anglo-Saxon king and saint, Edward the Confessor, at the heart of the building. Since Edward’s death in January 1066, his successor monarchs have come to this church for their coronation, and seventeen of them lie buried within its walls. Over 3,300 people are buried in Westminster Abbey, with an additional 600 monuments and 300 memorials. These form an extraordinary collection of monumental sculpture. No other church in the land has a history so inextricably bound up with that of the people of the British Isles and the lives they have lived both at home and overseas. At the west end of the nave is the Grave of the Unknown Warrior whose body was buried on 11th November 1920. https://www.westminster-abbey.org/abbey-commemorations/commemorations/unknown-warrior#i13471

The Royal Collection is among the largest and most important art collections in the world, and one of the last great European royal collections to remain intact. It comprises almost all aspects of the fine and decorative arts, and is spread among some 15 royal residences and former residences across the UK, most of which are regularly open to the public. The Royal Collection is held in trust by the Sovereign for her successors and the nation, and is not owned by The Queen as a private individual.

At The Queen’s Galleries in London and Edinburgh aspects of the Collection are displayed in a programme of temporary exhibitions. Many works from the Collection are on long-term loan to institutions throughout the UK, and short-term loans are frequently made to exhibitions around the world as part of a commitment to public access and to show the Collection in new contexts. Explore the Royal Collection at www.rct.uk/collection 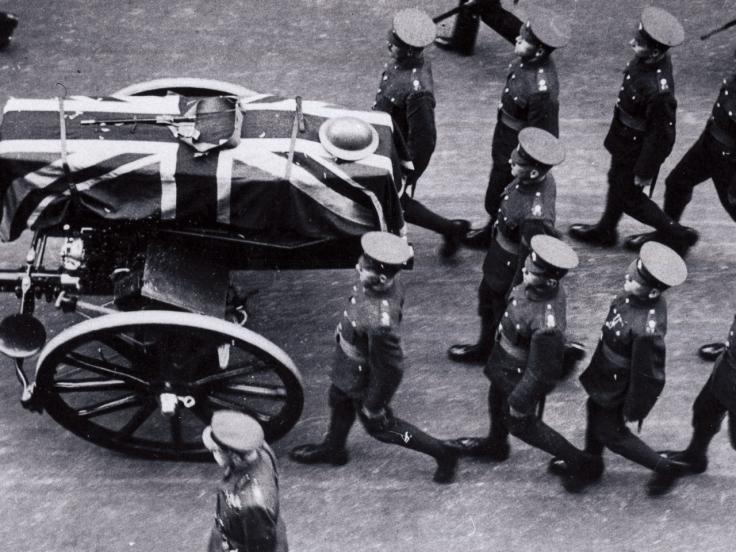