This British Army infantry regiment was raised in Canada in 1857. It continued in service until the Army reforms of 1881, when it was merged into The Prince of Wales’s Leinster Regiment (Royal Canadians). During the Indian Mutiny (1857-59), there was a sudden surge in Canadian loyalty to Britain, to the extent that Canada wanted to raise a unit to send to India. However, by the time the new regiment was ready to embark, the Mutiny had already been suppressed and the unit sailed for England instead.

Since Canada was still a colony, the regiment was a British Army unit right from the start, with the number 100 and the title ‘Prince of Wales’s’, after the future King Edward VII.

The 100th Foot served in Gibraltar from 1859 to 1863 and was then transferred to Malta. The regiment was posted back to Canada in 1866 and participated in the ceremonials inaugurating the Dominion of Canada on 1 July 1867. On that day, it decorated its headdress with maple leaves, the national symbol of Canada.

Although the number of Canadians serving in the regiment declined over the years, the 100th Foot maintained a great pride in its Canadian origins. It had a tradition of decorating its Colours with maple leaves and its cap badge also featured a maple leaf.

Which of these was a nickname for the 100th (Prince of Wales’s Royal Canadian) Regiment?

The Beavers
The Badgers
The Squirrels
Did you know?

The 'Beavers' nickname is said to have come from the regiment's Canadian origins.

In 1875, the regiment was officially recognised as the successor to another 100th Regiment of Foot, which had been raised in Ireland in 1804, stationed in Canada for 13 years, and finally disbanded in 1818. As its successor, the regiment also took on that unit's only battle honour, Niagara, won in Canada during the War of 1812 (1812-15).

The regiment left Canada in 1868 and served at various stations in Britain and Ireland. From 1877, it was in India as part of the garrison of the Punjab. It was still there in 1881, when it merged with the 109th Regiment of Foot (Bombay Infantry) to form The Prince of Wales’s Leinster Regiment (Royal Canadians). 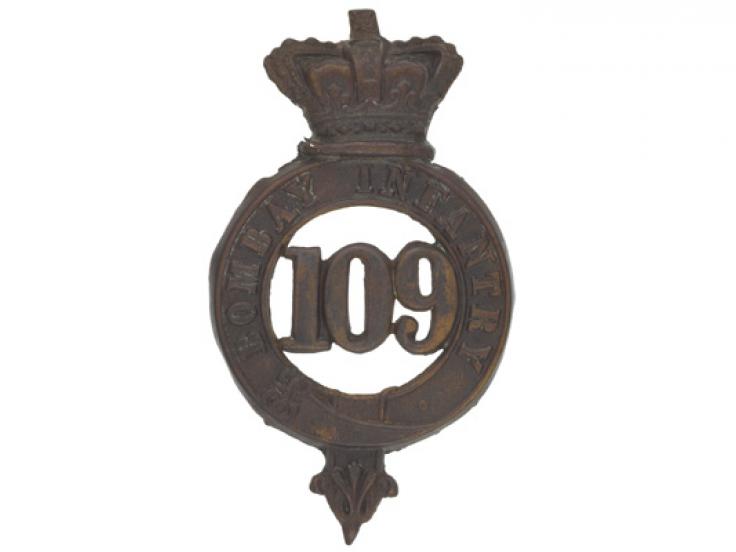