This unit was raised by the East India Company in 1853, but soon transferred to British Army service. It existed until the Army reforms of 1881, when it was merged into The Prince of Wales’s Leinster Regiment (Royal Canadians). The regiment’s history was a short but eventful one. It was formed in India in 1853 by the East India Company, using volunteers from the 1st Bombay Fusiliers and the 2nd Bombay Light Infantry, as well as new recruits recently sent to India from the Company’s depot at Warley in Essex.

Its first title was the 3rd Bombay (European) Regiment, reflecting the fact that all its personnel were non-Indians. This guaranteed its loyalty during the Indian Mutiny (1857-59) in which it served as part of the Central India Field Force. It fought at Baroda, Jhansi and the relief of Sangor. Private Whirlpool of the regiment won the Victoria Cross during this campaign.

Transfer to the Crown

In July 1858, the regiment transferred from the East India Company to British government control. Two years later, it absorbed 500 men from the British German Legion’s Jäger Corps. The Legion had been a unit of German volunteers recruited to assist Britain in the Crimean War (1854-56).

In September 1862, the regiment was formally entered onto the British Army order of precedence with the numeral 109. It was not, however, seen as the successor to the two other regiments with that numeral, which had been raised and disbanded between 1761 and 1795.

From 1864 to 1866, it was based in Aden, participating in the two expeditions sent against Sultan Abdallah and fighting at Bir Said. It then returned to India until 1877, when it embarked for its first tour in the United Kingdom.

Which of the following was a nickname of the 109th Regiment?

The Poona Pets
The Delhi Devils
The Bombay Bears
Did you know?

The regiment was first raised in Poona in 1853. Another of its nicknames was 'The Steel Heads' - a result of its ability to cope with the hot sun and high temperatures in central India. 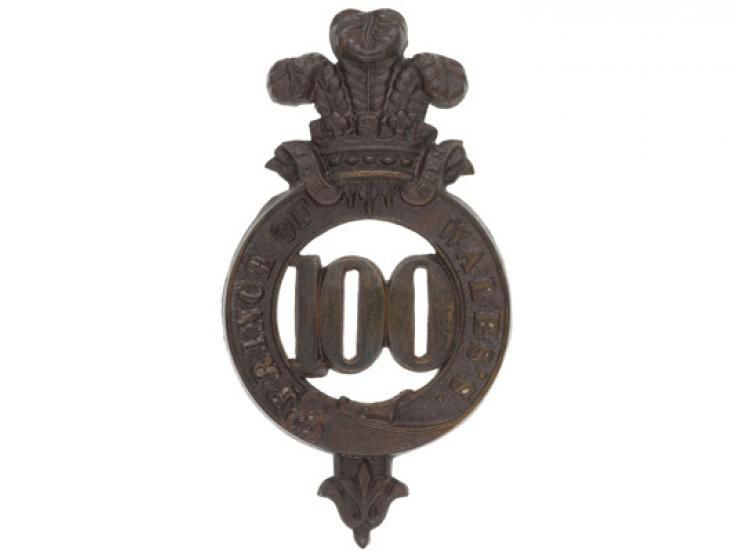