This regiment was raised as a dragoon unit in Hertfordshire in 1715, in the midst of the First Jacobite Rebellion. However, it remained in England until the second Jacobite rising 30 years later, during which it fought in Scotland at both Falkirk and Culloden in 1746.

In 1783, King George III ordered the regiment to switch from dragoons to light dragoons. He renamed it after his eldest son, the Prince of Wales (the future George IV), who became its colonel in 1796.

Impressed by the colourful uniforms of the European hussars, the Prince of Wales renamed, re-clothed and re-equipped the regiment as Britain’s first ever hussar unit in 1806. He remained its colonel until his coronation in 1820.

In 1808, the regiment set sail for the Peninsular War, where it was used to screen Sir John Moore’s retreat to Corunna (1809). During that operation, it captured 100 French cavalry on Christmas Day. It also fought at Benavente, where Private Grisdall captured General Lefebvre-Desnoettes, the French cavalry’s commander-in-chief.

It was evacuated with the rest of the army in January 1809. It only returned to the Peninsula in 1813, fighting at Morales and Vitoria that same year, before advancing into France where it served at Orthes and Toulouse in 1814.

It fought in the Waterloo campaign of 1815, where one of its patrols brought the Duke of Wellington news of the Prussian retreat at Wavre. It then joined the Army of Occupation in Paris for a year.

What sport did the 10th Hussars introduce to Britain when they returned from India in 1870?

Hockey
Snooker
Polo
Did you know?

The 10th Hussars played in the first ever domestic regimental polo match at Aldershot in 1870. According to one newspaper the 'contestants rode their ordinary chargers and hockey sticks were used to belt an ordinary billiards ball rather aimlessly from one end of the ground to the other.'

This period also saw the regiment gain another Prince of Wales as its colonel, this time the 22-year-old future King Edward VII in 1863.

It then served in Ireland in 1919 on peacekeeping duties. A brief spell in Egypt and India followed from 1929 to 1936. After this, it returned to England to mechanise, before joining the Royal Armoured Corps.

During the Second World War (1939-45), the regiment lost all its vehicles in the evacuation from France in June 1940. But it was re-equipped with Crusader tanks in time to redeploy to North Africa in November 1941. There, it took part in the attempt to relieve Tobruk. It later captured General Rommel’s deputy General von Thoma at El Alamein in 1942. The regiment spent much of the post-war period on occupation duties in Trieste, Austria and Germany. This was interrupted by brief deployments to Aqaba in Jordan in 1956, and Aden in 1964.

The regiment made its final return to Britain in 1965. Four years later, it was amalgamated with the 11th Hussars to form The Royal Hussars (Prince of Wales's Own).

Explore the history and collections of the 10th Royal Hussars (Prince of Wales's Own) by visiting the Museum of the King's Royal Hussars. 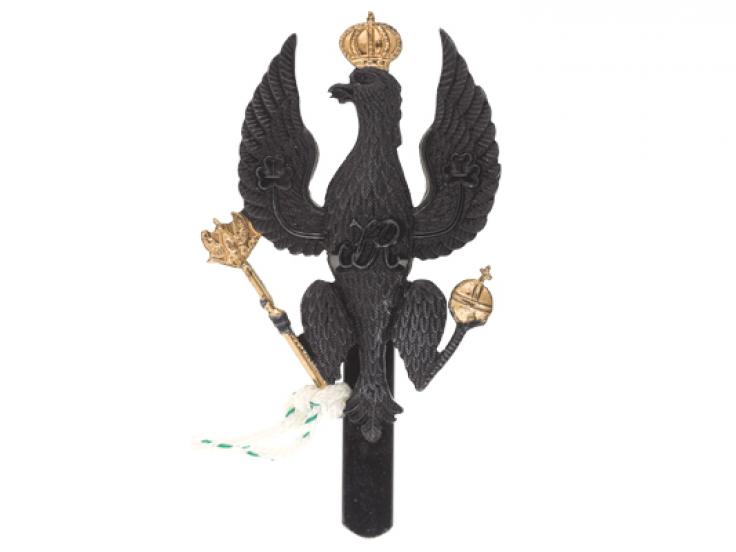