In June 1685, King James II needed to expand his army to face the threat of the Duke of Monmouth’s rebellion. One of those commissioned to raise a regiment was Theophilus Hastings, 7th Earl of Huntingdon.

The revolt was crushed the following month and so the new regiment did not see action until 1689-90. By this time, it was fighting against James for his successor, King William III, serving at Killiecrankie in Scotland and at the Boyne and Cork in Ireland.

From 1692, it fought against James’s French allies in Flanders and in the raid on Camarett Bay (1694).

On the outbreak of the War of the Spanish Succession (1701-13), the regiment returned to Flanders for three years, before being sent to Spain in 1704. There, it served at the recently captured Gibraltar and then at Barcelona.

In 1706, its men were formed into a new dragoon regiment in the field. The colonel and 30 officers were sent home to re-raise the regiment as an infantry unit. This returned to Spain until 1711, fighting at Almanza (1707) and La Caya (1709). The regiment then became part of the garrison of Gibraltar, before returning home in 1728.

In 1742, it returned to the Continent for five years, fighting at Dettingen (1743) and Fontenoy (1745) during the War of the Austrian Succession (1740-48). This posting was interrupted by a return to Scotland in 1745 to face the Jacobites at Falkirk and Culloden.

All its officers were killed at Culloden, and what was left of the regiment had to be brought out of action by its sergeants. This was the origin of the regimental tradition of sergeants wearing their sash over the left shoulder rather than the right, as was usual for non-commissioned officers.

The regiment then returned to the Continent, where it fought at Rocoux (1746) and Lauffeld (1747). In the 1751 numbering of line infantry regiments, the unit was given the number 13.

A long period of garrison duty in Ireland, Gibraltar, Minorca and the West Indies followed. In 1782, the 13th became one of two units associated with Somerset. It also returned to the West Indies in 1790, helping to capture parts of the French colony of Saint Domingue (now Haiti) in 1793.

The regiment began the 19th century in raids on the Spanish coast. Other deployments included the Siege of Alexandria (1801) in Egypt, Malta, Gibraltar and the occupation of Martinique (1809).

In recognition of the latter service, Queen Victoria renamed the regiment after her husband, Prince Albert.

The regiment landed in the Crimea in 1854, serving at Sevastopol. Three years later, it returned to the subcontinent during the Indian Mutiny (1857-59). In 1858, a 2nd Battalion was raised. Its first posting was to South Africa and then Mauritius.

Already a two-battalion regiment, the 13th was not merged with another during the 1881 reforms. However, it did renew its association with Somerset and opened a new depot, Jellalabad Barracks, in Taunton.

1st Battalion spent the whole of the First World War (1914-18) on the Western Front, while 2nd Battalion was in India.

The regiment raised a regular 3rd Battalion during the conflict, as well as eight Territorial, four New Army and two home service battalions. These fought in Mesopotamia (now Iraq) and Egypt and Palestine, as well as on the Western Front.

In 1919, 1st Battalion began four years in Ireland, while 2nd Battalion fought during the Third Afghan War (1919). It left India in 1926, moving to the Sudan for a year before spending the rest of the inter-war period in England. 1st Battalion spent the late 1920s and 1930s in Egypt, Hong Kong and India.

2nd Battalion moved to Gibraltar in 1939, remaining there until it joined the Allied forces in Tunisia in December 1943. It then fought in Italy, including the Battle of Monte Cassino (1944), before arriving in Greece for peace-keeping duties in November 1944.

Initially stationed in India, 1st Battalion operated in Burma against the Japanese from November 1942 until the end of the conflict.

Altogether, the regiment raised ten battalions during the war. The 4th and 7th landed in Normandy two weeks after D-Day (June 1944) and fought their way through France and the Low Countries with the 43rd (Wessex) Division.

After the war, 2nd Battalion was engaged in occupation duties in Austria (1947). In February 1948, 1st Battalion embarked at Bombay, making it the last British military unit to leave India. Later that year, the regiment’s two battalions merged.

In 1952, the regiment deployed for a three-year tour during the Malayan Emergency (1948-60). Service against insurgents on Cyprus then followed. In 1956, a detachment of the regiment served during the Suez Crisis. And the following year, the whole unit was in Germany with the British Army of the Rhine.

Explore the history and collections of The Somerset Light Infantry by visiting Somerset Military Museum in Taunton. 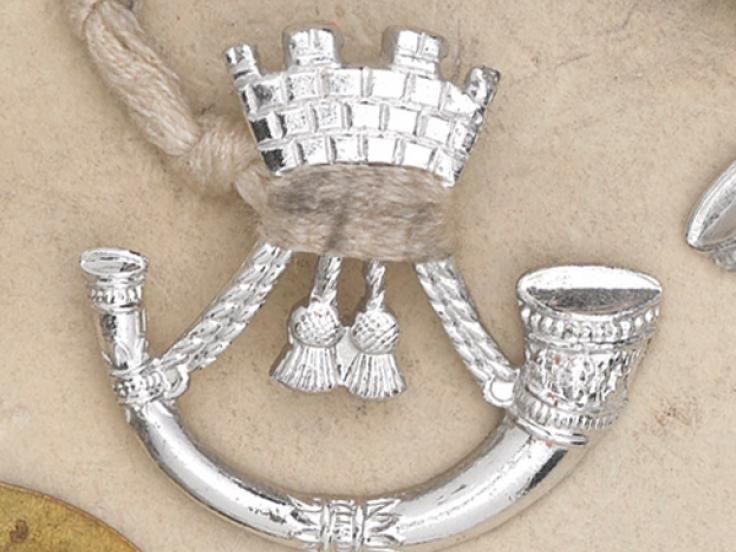