Formed in 1650, this is the oldest continuously serving regiment of the regular British Army. As well as guarding the monarch and undertaking ceremonial duties, its soldiers have served as infantry in almost every major campaign fought by the Army. This unit was formed as part of the New Model Army (NMA) by Colonel George Monck on 23 August 1650 in Scotland. Eleven days later, it was one of the units used by the Commonwealth to defeat a Scottish Royalist force at the Battle of Dunbar.

In January 1660, Monck, now a general, marched his regiment from the village of Coldstream, just north of the Anglo-Scottish border, to London to help reinstate the Rump Parliament after its closure by elements of the army leadership. Monck then assisted in the Restoration of King Charles II. But a newly summoned parliament soon called for the disbandment of his old regiment, along with the rest of the NMA.

The regiment's survival was secured in January 1661, when it was called upon by the parliament to put down an army mutiny. The following month, its men symbolically laid down their arms as NMA troops, before immediately being ordered to reassume them as the Royal ‘Lord General’s Regiment of Foot Guards’.

When Monck died in 1670, and the Earl of Craven took command of the unit, it adopted a new name: the Coldstream Regiment of Foot Guards.

The regiment fought as marines in the Second Anglo-Dutch War (1665-67) and then defended Tangier against Moorish attacks in the late 1660s. After returning home, it helped suppress the Monmouth Rebellion, fighting at Sedgemoor (1685).

During the Glorious Revolution (1688), the regiment remained loyal to King James II, so was distrusted by the new king, William III. He sent it to Flanders, where it fought at Walcourt (1689), Landen (1693) and the Siege of Namur (1695).

During the War of the Spanish Succession (1701-13), a detachment from the Coldstream Guards served during the Siege of Gibraltar (1704-05), before taking part in the capture of Barcelona (1705) and the defeat at Almanza (1707).

The whole regiment then moved to Flanders in 1708, fighting at the Battles of Oudenarde (1708) and Malplaquet (1709), before returning home in 1713. Two years prior to this, it had raised a 2nd Battalion.

The 1st Battalion took part in the unsuccessful raid on St Malo (1758) during the Seven Years War (1756-63). That conflict also saw 2nd Battalion serve in Germany, where it fought at the Battle of Wilhelmstal (1762).

A detachment of the regiment also served in the American War of Independence (1775-83) in a composite Guards unit under Coldstream commander Colonel Edward Mathew. It took part in the New York campaign, before moving south to the Carolinas. The unit was eventually forced to surrender at Yorktown (1781).

It then moved to Gibraltar in 1800, before landing at Aboukir Bay in Egypt in March the following year. A few days later, it fought at Alexandria (1801). The regiment returned home in December.

Earlier, the 2nd Battalion had joined the unsuccessful attack on Walcheren (1809). Part of it then served with a Guards composite battalion at Cadiz during 1810-12. Once the French siege of that port had been lifted, they took part in the remainder of the Peninsular campaign.

In 1815, the 2nd Battalion fought at Quatre Bras. Its light company then played a crucial role at Waterloo, helping to defend the chateau of Hougoumont. The battalion later formed part of the British occupation force in Paris until 1816. Apart from 2nd Battalion's brief stint garrisoning Canada in 1839, the Coldstream Guards remained on home duties and did not serve overseas until the Crimean War (1854-56). There, the 1st Battalion fought at the battles of Alma (1854), Inkerman (1854) and Sevastopol (1855).

In 1855, the regiment's title was officially abbreviated to The Coldstream Guards.

The Coldstream Guards at the Battle of the Alma, 1854

In 1897, the regiment was expanded with the addition of a 3rd battalion.

At the outbreak of the Boer War (1899-1902), the 1st and 2nd battalions were sent to South Africa, seeing action at Belmont (1899), Modder River (1899), Magersfontein (1899) and several other smaller actions. During the campaign, part of the regiment also served in a mounted infantry role.

Coldstream Guards resting during a march in the Transvaal, c1900

The regiment also formed the 4th (Pioneer) Battalion for service in France and Flanders. This was disbanded in 1919. The 5th Reserve battalion never left Britain prior to disbandment.

A Churchill tank of 4th Battalion The Coldstream Guards, 1944

Following the outbreak of the Second World War, the 1st and 2nd Battalions deployed to France with the British Expeditionary Force. They were evacuated from Dunkirk the following year.

In 1941, 1st Battalion was converted to an armoured role and served with the Guards Armoured Division. It remained at home until July 1944, when it landed in Normandy. It was joined there by the newly raised 4th and 5th Battalions, both hostilities-only units that also served with the division.

In France, they took part in the battles for Caen and Falaise. They then fought their way across North West Europe, taking part in Operation Market Garden (1944) and the Reichswald battles (1945), before eventually ending the war at Lubeck on the Baltic coast in May 1945.

Meanwhile, 2nd Battalion had deployed to Tunisia with 1st Guards Brigade in late 1942. It stayed there until March 1944, when it joined the Italian campaign for the remainder of the war.

At the outbreak of war, 3rd Battalion was serving in Egypt. It joined the North Africa campaign, before being captured at Tobruk in June 1942. It was reformed later that year, rejoining the desert war until early 1943, when it deployed to Syria. In March 1944, the battalion transferred to the Italian front.

A Coldstream Guardsman crossing a river in Malaya, c1948

The Coldstream Guards on exercise in Germany, c1977

After the war, the 1st and 3rd battalions served in Mandate Palestine. The 1st then deployed to Libya, Cyprus and the Suez Canal Zone in the early 1950s, before several postings to Germany in the late 1950s and 1960s. The 1970s and 1980s saw the battalion regularly serving in Northern Ireland.

Following its service in Palestine, the 3rd also deployed to Libya, the Canal Zone and Germany, before being disbanded in 1959.

In 1991, 1st Battalion served in the Gulf (1990-91) and two years later 2nd Battalion was placed in suspended animation. The 1990s saw the regiment serving in Germany again, a deployment interrupted by peacekeeping duties in Bosnia during 1993-94.

Explore the history and collections of the Coldstream Guards by visiting the regimental museum in London. 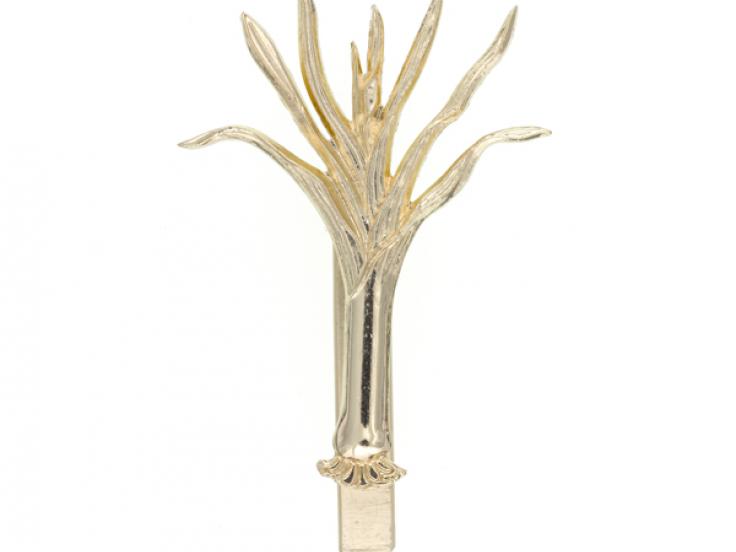