The Council of the National Army Museum (The Council)

Date on which this policy was approved by governing body:

The collections development policy will be published and reviewed from time to time, at least once every five years. This Policy supersedes and cancels all earlier and existing policies, practices and customs.

Date at which this policy is due for review:

Arts Council England (ACE) and the National Archives (TNA) will be notified of any changes to the collections development policy, and the implications of any such changes for the future of existing collections.

2. History of the Collection

The Museum’s Collection is the world’s largest, and most significant, accumulation of artefacts relating the British Army and other Land Forces of the British Crown (including the former Indian Army until 1947). The Collection consists of over one million items, spanning a 600-year period with particular depth and strength for the period c1780-1914. Its geographical remit extends to all parts of the world where British land forces have fought or been stationed.

Although the Museum received its Royal Charter (159KB) on 8 April 1960, the origins of the institution go back to the years just after the Second World War. The amalgamation of the Royal Military Academy, Woolwich, and the Royal Military College, Sandhurst, brought together at Sandhurst a collection of historical items around which a Royal Military Academy Museum was formed. There was an existing network of regimental and corps museums, but it was identified that there was a need to provide a repository for items relating to the pre-1947 Indian Army, the Irish regiments disbanded in 1922, and cavalry regiments which lacked depots at which they could form museums. Appeals for exhibits were published in the newspapers in 1948 and subsequent years, and in late 1949 the Indian Army Memorial Room was opened; followed by cavalry and Irish regiment displays in 1951. By 1958, with thousands of items in a rapidly growing collection, it was felt that then separate collections of Indian, Irish and cavalry relics should be brought together into a single National Army Museum. In 1960 the Royal Charter (159KB) was obtained, and Her Majesty the Queen opened new permanent displays in the former Riding School at Sandhurst on 15 July 1960.

The collections continued to rapidly expand in the 1960s and 1970s. In 1963 the Museum acquired large proportions of the collections held by the Royal United Services Institute (RUSI). In 1971, the first phase of the current museum building was opened in Chelsea, London, providing additional storage and display facilities. In the early 1980s the NAM's collecting remit was extended to the First and Second World War and beyond. In the 1990s and 2000s a number of major collections were acquired. These included the collections of the Buffs; the Navy, Army and Air Force Institutes; the Women's Royal Army Corps; Royal Army Education Corps; the Museum of Army Transport; the Middlesex Regiment; the reference collection of the Army Museums Ogilby Trust; and books from the War Office Library. In 1991 the Soldiers Effects Records were transferred from the National Archives, and in 1999 over 20,000 sealed patterns were acquired from the Ministry of Defence.

In the first decade of the 21st century the Museum focused more on collecting contemporary material relating to the then current operations in Afghanistan and Iraq, whilst continuing to augment its older material. In 2013 the Museum acquired the Field Marshal Sir John Lyon Chapple Indian Army Collection of badges and insignia. The Grenadier Guards Archive was transferred to the Museum in 2016 and the Coldstream Guards Archive in 2019. The Museum has also started to rationalise its Collection, focusing on the review of duplicate items, non-military badges and buttons, and vehicles outside its core collecting remit.

3. An overview of existing Collections

4. Themes and priorities for future collecting

5. Themes and priorities for rationalisation and disposal

6. Legal and ethical framework for acquisition and disposal of items

​​​​​7. Collecting policies of other institutions

15. Repatriation and Restitution of objects and human remains

By definition, the Museum has a long-term purpose and holds collections in trust for society in relation to its stated objectives. The Council of the National Army Museum therefore accepts the principle that sound curatorial and/or conservation reasons for disposal must be established before consideration is given to the disposal of any objects from the Museum’s collections. Any such review will be conducted in line with Spectrum review and disposals procedures and with reference to the Museums Association’s Disposals Toolkit. It is necessary periodically to assess the continuing relevance of objects in the collections to ensure that they fall within the Royal Charter (159KB) and this policy..

The following procedures only relate to accessioned collections which are the legal property of the Council of the National Army Museum. The Council does not have authority to dispose of objects owned by third parties (i.e. loans) or any accessioned objects where the Museum’s legal title is uncertain. All disposals will be undertaken with reference to the Museum’s disposals procedure and this policy. 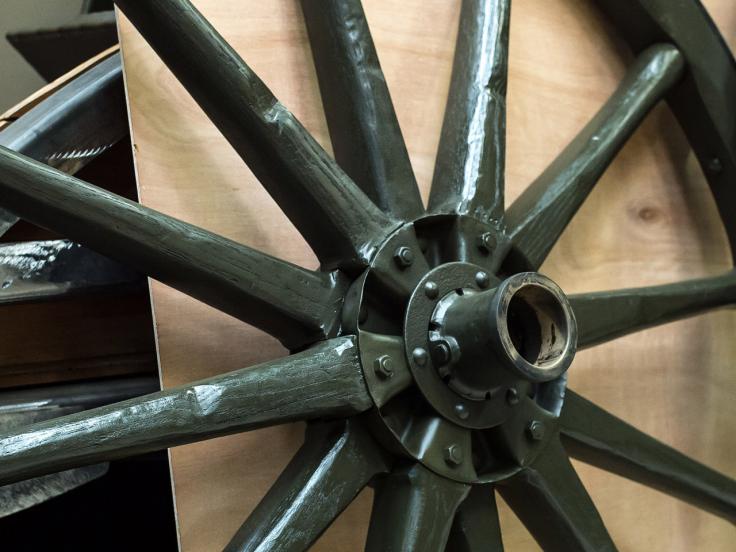