The legacy of the Lady with the Lamp: Florence Nightingale 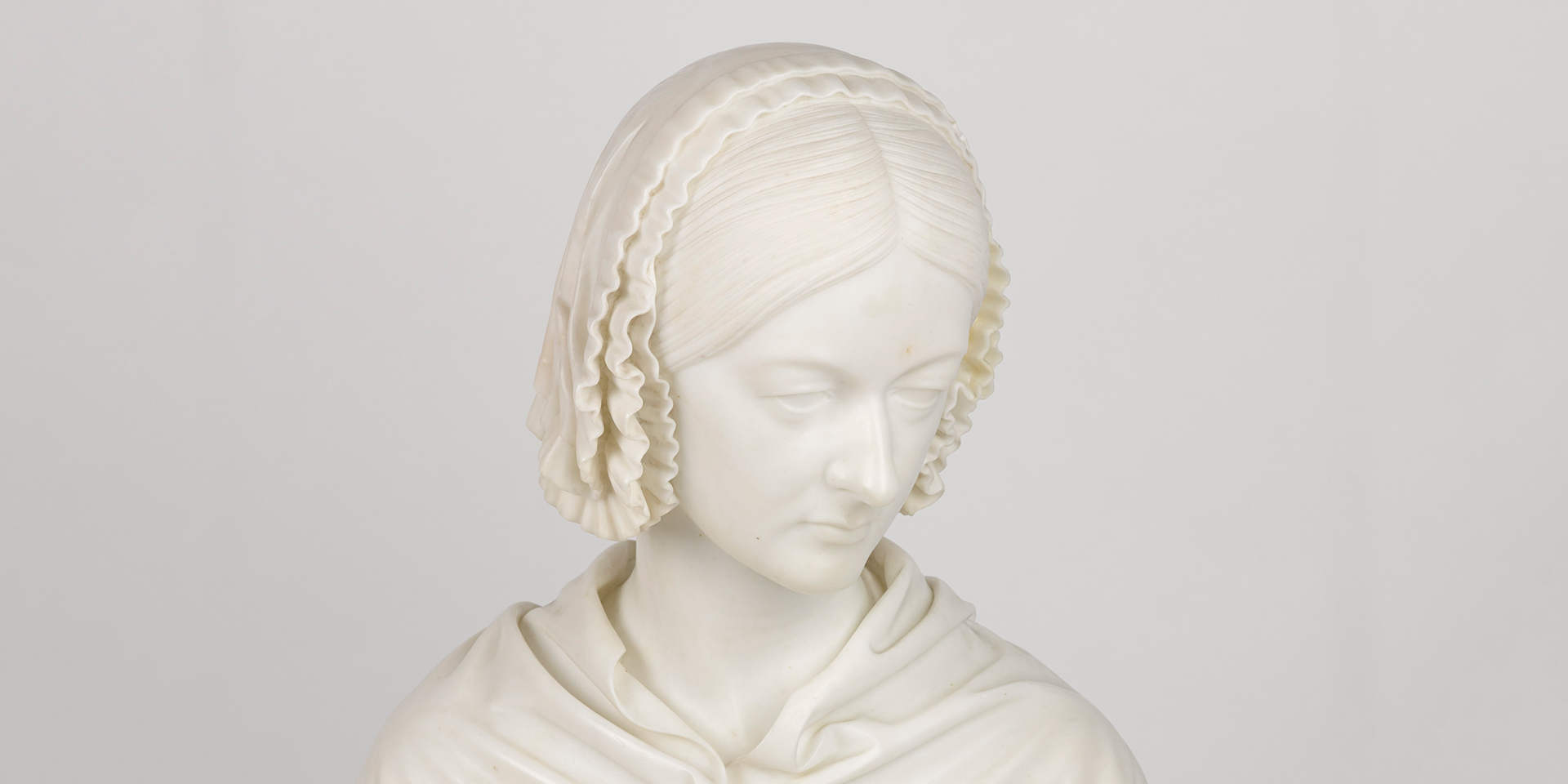 Tuesday 12 May 2020 marks 200 years since the birth of one of the most famous women in British history: The Lady with the Lamp, Florence Nightingale. Her celebrity status today is largely due to her nursing care methods, first employed during the Crimean War (1854-56). Less well known is that many of her innovations were based on her work as a statistician.

The British Army’s involvement in the national Covid-19 response, particularly in support of public health and the building of NHS Nightingale Hospitals, is founded on Nightingale’s work supporting soldiers in field hospitals in the Crimea. The National Army Museum tells Nightingale’s story in its ‘Society’ gallery as part of the narrative about the Army’s impact on civilian life today. It is in times of crisis, often in the tragedies of war, that the Army has driven rapid innovation in medical care.

On Friday 15 May, the Museum’s Head of Collections Development and Review, Emma Mawdsley will be in conversation with Commanding Officer of 256 City of London Field Hospital, Colonel Ashleigh Boreham who has been instrumental in the building of NHS Nightingale London. They will discuss how Florence Nightingale’s statistical work in the 19th century foreshadowed the data analytics used to control today’s pandemic. They will also outline the improved hygiene levels she instilled in the world of nursing. Colonel Boreham and Emma Mawdsley will be joined by David Green, Director of the Florence Nightingale Museum, to colour the broader aspects of Nightingale’s influence on the nursing profession and highlight some of the lesser known parts of her life story.

'It is ironic that the year humanity is threatened by such a deadly disease, should be the anniversary of the birth of a lady who devoted her entire life to improving the nation’s health.

'This discussion is a wonderful opportunity to examine how Florence Nightingale’s ideas are reflected in both the work of the NHS and Army field hospitals today. Nightingale is most often remembered as the ‘lady with the lamp’ in the Crimea. However, it is her work as a campaigner for the reform of nursing, public health, sanitation, data analysis and the design of hospitals that is her legacy. Her instruction that, ‘Every nurse ought to be careful to wash her hands very frequently during the day’, is as relevant now as it was 150 years ago.'

'Whilst Nightingale was catapulted to fame by her nursing of soldiers during the Crimean War, and indeed the well-being of her 'comrades from Balaclava' remained her biggest concern throughout her life, her legacy is so much more. We should remember that it is Nightingale who founded the modern nursing profession; her training school at St Thomas' Hospital being the catalyst for many others across the globe. Nightingale’s pioneering use of statistics and patient observation directly leads to the evidence-based practice that we respect so much today. Moreover, her insistence that 'Nursing is an Art' ensured that compassion remains at the heart of best practice.

'Beyond nursing, her 50-year campaigning career ensures her legacy as one of Britain's most respected and well-known names, although many are still surprised when they explore the breadth of her achievements and interests.'

Despite being appalled by the adulation she received during her life, it was Florence Nightingale’s wish that any object of hers considered valuable to the public, be held by a museum ‘where the soldiers could see them’. Read more about her life on the National Army Museum’s website, and explore items in the Museum’s collection, such as the 'Nightingale Jewel', gifted by Queen Victoria and inscribed: 'To Miss Florence Nightingale, as a mark of esteem and gratitude for her devotion towards the Queen's brave soldiers, from Victoria R 1855’.

Join the conversation on Friday 15 May at 12.00pm, on Crowdcast: www.crowdcast.io/e/florence200

About the Florence Nightingale Museum

The Florence Nightingale Museum celebrates the life and work of the best-known figure in nursing history. Located within St Thomas’ Hospital, the museum was opened in 1989 and now forms a key part of London’s medical heritage. The collection consists of personal material associated with Florence Nightingale, items relating to the Crimean War and nursing artefacts. Nightingale was a female icon in her own lifetime and people kept items associated with her, so you can see historic objects such as the lamp she carried in the war and also curiosities such as Jimmy the Tortoise which the patients looked after on the wards! The museum archives include approximately 800 letters from Florence Nightingale and an important rare book collection of 284 titles.

In what should have been a hugely important and successful year for the Museum, it finds itself facing the threat of closure due to the pandemic, an ironic situation to say the least as we mark Florence Nightingale’s bicentenary.  The Museum, an independent charity receiving no government funding, has just launched a public appeal to help avert the risk of permanent closure. Every donation is wholeheartedly welcome and will help the Museum to continue to care for a historically significant collection and to inspire the next generation of healthcare workers. The Museum’s Go Fund Me fundraiser can be found at www.florence-nightingale.co.uk or a donation of £10 can be made by texting NIGHTINGALE to 70085.