A revolver taken from a captured Turkish officer by Colonel TE Lawrence, popularly known as Lawrence of Arabia, has been donated to the National Army Museum.

The revolver was subsequently given by Lawrence to a British officer based at the Red Sea port of Aqaba, Captain Lionel Gray, who helpfully attached to it a luggage label explaining its provenance. The label's inscription reads: '.44 S & W [Smith & Wesson] revolver presented to WL Gray by Colonel Lawrence - bearing name in Arabic of Ashraf Bey. The latter and his following with £15,000 Turkish gold were captured by Col Lawrence in 1916.'

On the reverse of the label the inscription continues: 'Ashraf Bey is known to have been responsible for the death of some 2,000 Armenians and this revolver was taken from his person.'

Gray was a keen collector of curios whilst on campaign, and he clearly prized the trophy Lawrence had passed to him. Lawrence apparently told Gray that Ashraf Bey had used the American-made revolver to personally execute a number of captives during the Armenian massacres in 1915.

Ashraf Bey had been leading a column of camels carrying £15,000 in gold for the Turkish garrison in the southern Hedjaz when he was intercepted by Bedouin tribesmen, part of a larger Arab force which Lawrence was accompanying as military adviser. The Turkish officer's revolver would have come into Lawrence's possession whilst under interrogation.

Ashraf Bey's eventual fate at the hands of the Arab captors would not have been a happy one. As for Lawrence, he had to explain away to his British superiors why his Arab irregulars had chosen to disperse with their loot rather than pursue an agreed joint operation with the Royal Navy against the Turks.

This story is told at length in a new book by Philip Walker Behind the Lawrence Legend: The Forgotten Few Who Shaped the Arab Revolt, published today by Oxford University Press. The archive of Lionel Gray, extensively used in the writing of Mr Walker's book, has since been donated by the Gray family to the National Army Museum, where it is in the process of being catalogued.

Lionel Gray, who worked as a cipher officer, handled intelligence matters and his papers, created by a man in the know, are a valuable record of the progress of the Arab Revolt. He later became cipher officer to Sir Mark Sykes, architect of the political boundaries of the modern Middle East, and at the end of the First World War was at Aleppo as the tensions involved in implementing the new political framework became manifest.

Find out more about the revolver

Behind the Lawrence Legend is published by Oxford University Press on 8 February 2018. 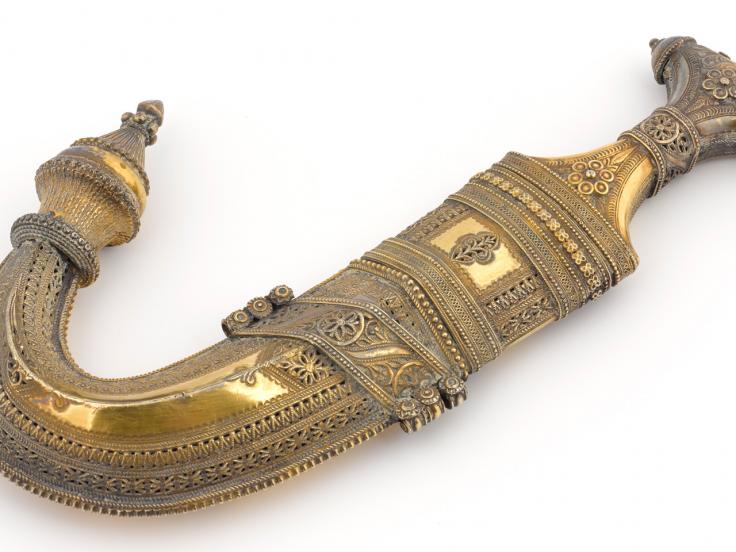 Lawrence of Arabia's dagger, robes and kaffiyah saved for the nation

The National Army Museum has saved TE Lawrence’s dagger, robes and kaffiyah for the nation thanks to two grants from the National Heritage Memorial Fund (NHMF) totalling £113,400.