Today (1 December 2017) the National Army Museum is publishing the story of Captain Allastair McReady-Diarmid, exactly 100 years after his death at Moeuvres, near Cambrai. The fighting along the Canal du Nord in the Moeuvres sector was especially fierce and between 30 November and 1 December 1917 McReady-Diarmid demonstrated such bravery and leadership that he was awarded the Victoria Cross.

McReady-Diarmid killed and wounded an estimated 94 enemy soldiers before he fell. The regimental history called it ‘a feat which can hardly, if ever, have been equalled in the past’ and ‘probably the finest bombing feat of the war’.

On 12 March 1918 The London Gazette described the fighting:

'For most conspicuous bravery and brilliant leadership. When the enemy penetrated some distance into our position and the situation was extremely critical, Captain McReady-Diarmid at once led his company forward through a heavy barrage. He immediately engaged the enemy, with such success that he drove them back at least 300 yards, causing numerous casualties and capturing 27 prisoners.'

The following day the enemy again attacked and drove back another company which had lost all its officers. This gallant officer at once called for volunteers and attacked. He drove them back again for 300 yards, with heavy casualties. Throughout this attack Captain McReady-Diarmid led the way himself, and it was absolutely and entirely due to his marvellous throwing of bombs that the ground was regained. His absolute disregard for danger, his cheerfulness and coolness at a most trying time, inspired all who saw him. This most gallant officer was eventually killed by a bomb when the enemy had been driven right back to their original starting point.

Despite the bravery of men like McReady-Diarmid, British forces were forced to retreat as units became isolated and communication difficulties arose due to the intense fighting, leaving them with only some of the gains they had made at the start of the Cambrai operation. In four days of fighting, McReady-Diarmid’s battalion, the 17th Middlesex had 42 soldiers killed and 142 wounded. Overall British battle casualties for Cambrai amounted to 44,000 killed, wounded or captured. The Germans sustained around 45,000 casualties.

On 20 April 1918 King George V presented McReady-Diarmid’s Victoria Cross to his widow, Hilda, at Buckingham Palace. His name appears on the Cambrai Memorial at Louveral and he is also commemorated by a paving stone at New Southgate which was installed in 2014 by Enfield Council to mark the centenary of the First World War

Allastair Malcolm Cluny McReady-Diarmid (1881-1917) was born Arthur Malcolm Drew on 21 March 1888 at New Southgate to Herbert and Fanny Drew (née McReady). His father was a civil servant with the Post Office. Allastair lived with his parents and three brothers at 1 Hermitage Road, Tottenham. His mother was a native of Jersey so the family briefly moved there before returning to Middlesex where they resided at 71 Goldsmith Avenue, Acton. He was educated at Queen Elizabeth’s Grammar Preparatory School for Boys in Barnet, Victoria College in Jersey, Ealing Grammar School and the University of London.

The National Army Museum is the leading authority on the history of the British Army. Founded in 1960 by Royal Charter and established for the purpose of collecting, preserving and exhibiting objects and records relating to the Land Forces of the British Crown it is a museum that moves, inspires, challenges, educates and entertains. The Museum seeks to tell the story of the British Army, the personal experiences of the soldiers who have served in it and to connect the British public and its army demonstrating how the role of the army and its actions are still relevant today.

Thanks to National Lottery players, we invest money to help people across the UK explore, enjoy and protect the heritage they care about - from the archaeology under our feet to the historic parks and buildings we love, from precious memories and collections to rare wildlife. 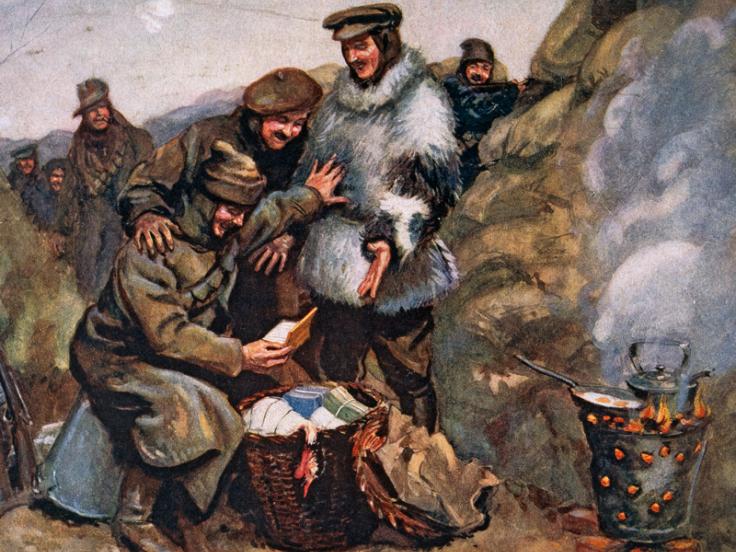