The immediate task was to go forward and make contact with the West Siders and this is what I did. I took my RSM [regimental sergeant major] and my close protection party with me and we went up as far as we could to the last known junction that we knew they'd been at, and sure enough there was a West Side grouping there. And I made it quite clear... and in fact we had some UN representatives with us there as well, and we said, 'Right OK, we want to speak to whoever's in charge because we want the patrol released as soon as possible.'

And it was pretty volatile. It was quite clear something had gone on because these rebels were in a highly agitated state. Very nervous. Very trigger happy. Lots of weapons around. And it took us the vast majority of the day to really get the message across that I wanted to speak face-to-face with 'Brigadier' Kallay. He was to come here and we were going to sort this situation out, if you like, man-to-man, officer-to-officer, before it got out of control.

So this was arranged and duly at 4 o'clock we suddenly were regarded with a situation where in a very small atap house of about 6ft square, there was myself with my team, the UN UNMO [United Nations military observer], and the leadership of this local gang of West Side Boys came forward, and we were surrounded by probably 40-60 armed rebels all pointing inwards.

I could sense that this was a situation that we had to treat carefully because there was a very strong sense of... a small mistake here could mean that we could get into a shooting match quite quickly. But sure, I wasn't just nervous... we were in a situation here that was very dangerous, had the potential to become very violent, and people's lives were at stake here. 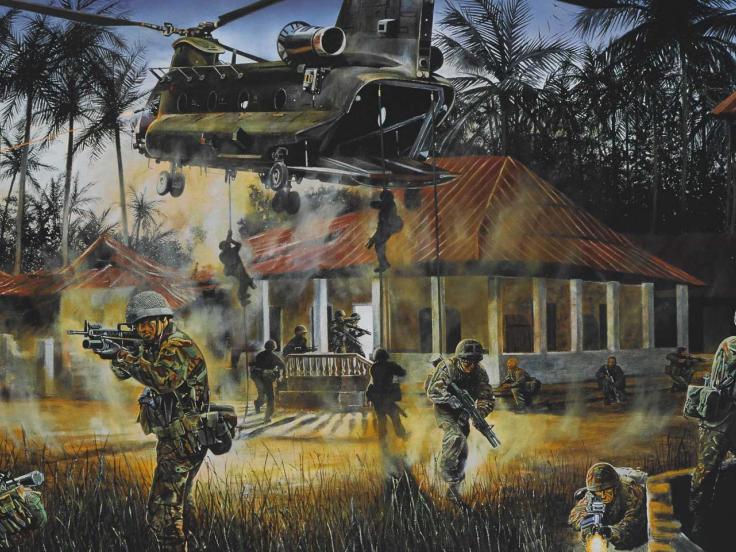