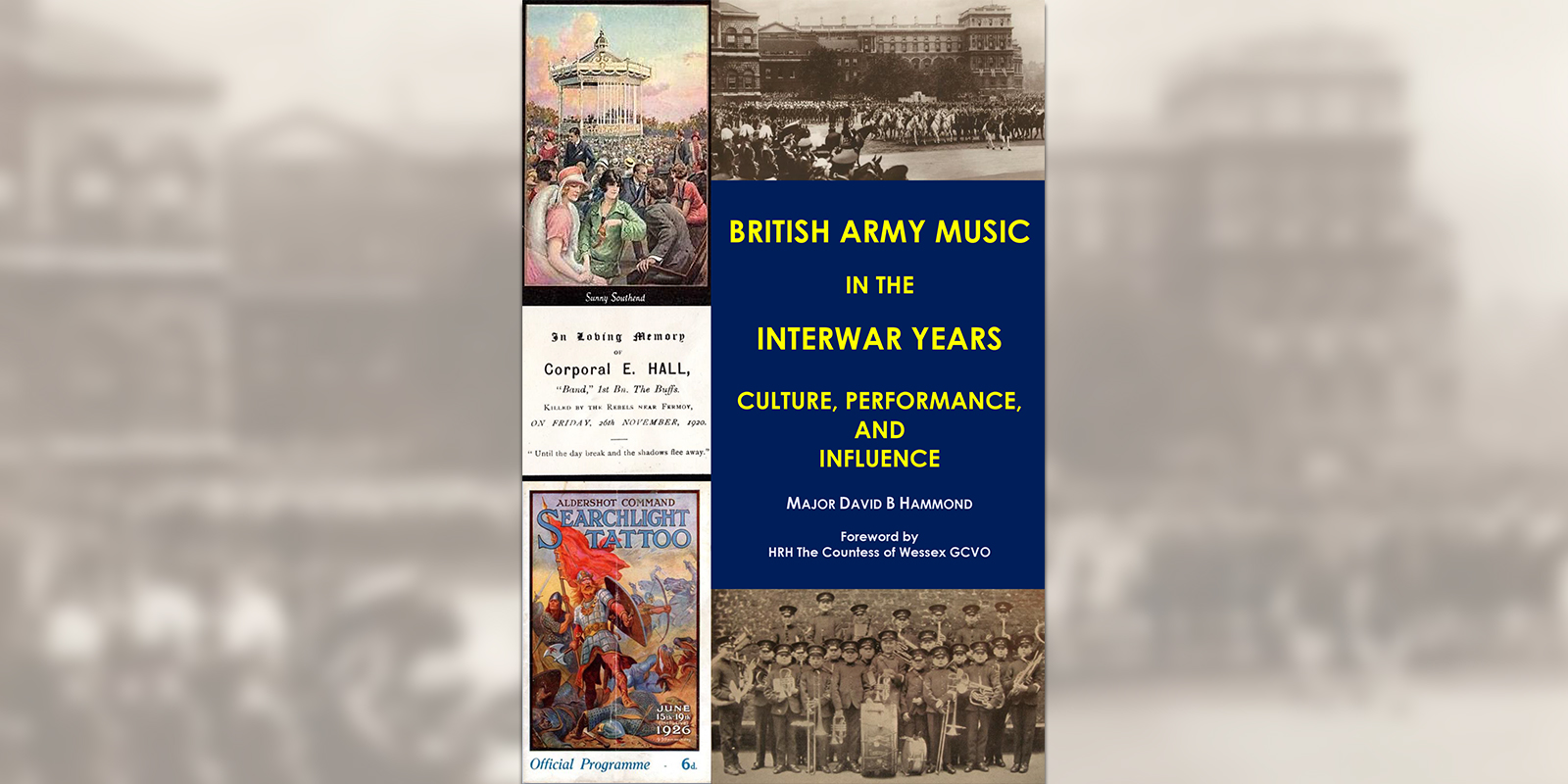 David Hammond explores the role and influence, both cultural and military, of British Army music between the two world wars.

Around 7,000 full-time bandsmen served in the British Army during the interwar years. This represented about a third of the musicians working in the United Kingdom as a whole, making the War Office the largest single employer of professional musicians in the country.

However, there has been little acknowledgement of the contribution made by this body of musicians, both to the music industry and to the effectiveness of Army operations.

Using untapped sources and original material, David Hammond will explore how Army music, through its soft power influence, played an effective role in the maintenance of British imperial authority, both at home and overseas.

He will show how Army music set the standard for training and performance, while also exposing the tempestuous relationship Army bands had with the BBC and the recording industry.

David Hammond served with the Corps of Army Music in the Balkans, the Falkland Islands, Canada, and Cyprus, and led soldiers on operations in Afghanistan. An experienced musician, David has performed in a range of environments, including leading the Household Cavalry Band on horseback for the Queen's Birthday Parade.