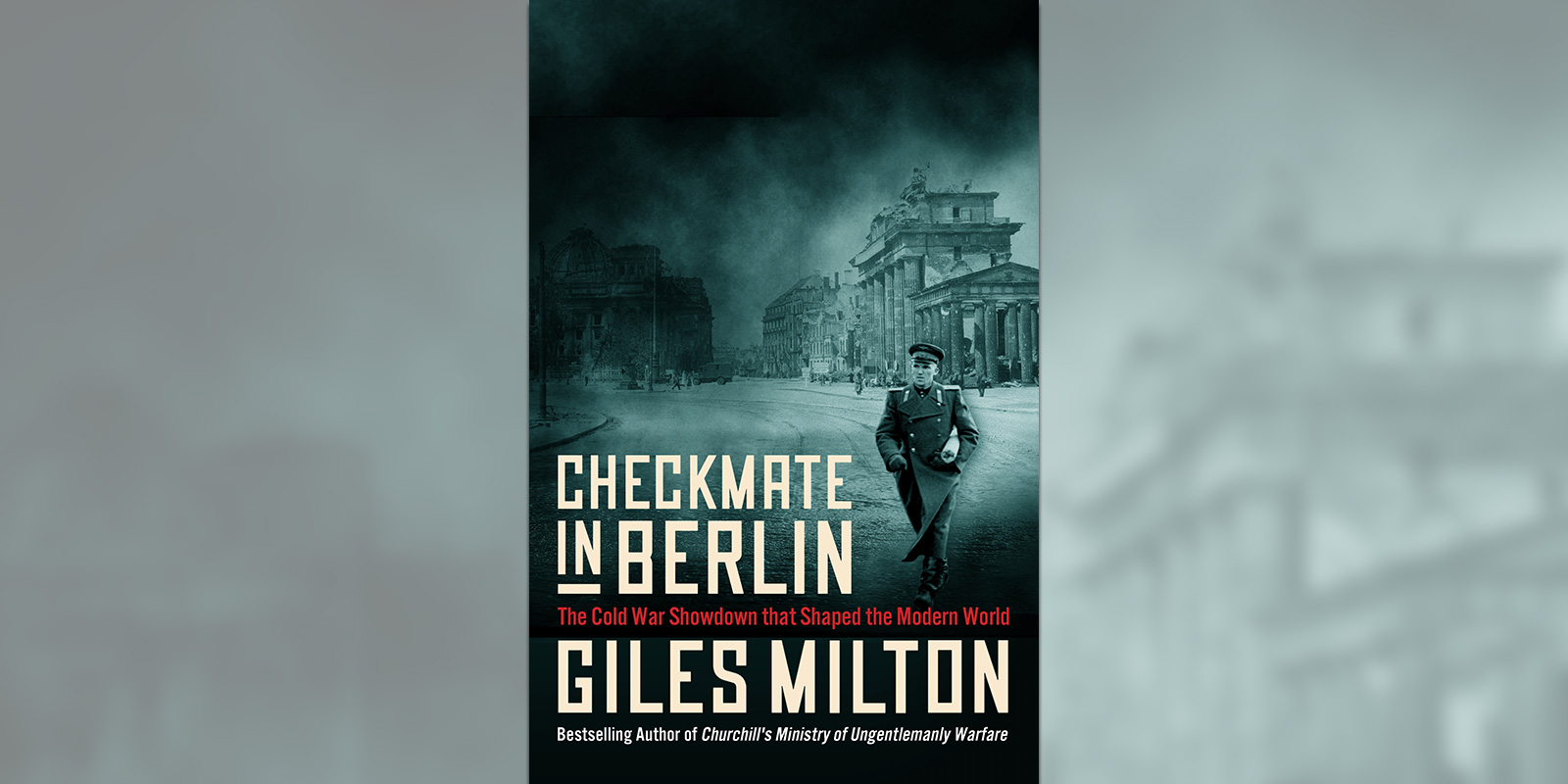 Join Giles Milton as he launches his new book, revealing how events in post-war Berlin began the Cold War and shaped the modern world.

The fate of Berlin had been decided months before the German surrender at the end of the Second World War. The division of both the country and its capital between the four victorious allies – Britain, America, France and the Soviet Union – had been agreed at Yalta in February 1945.

Intended as a pragmatic solution, the situation in Berlin quickly grew tense as pre-war hostilities between the four powers reappeared.

Join Giles Milton as he explores the events and personalities that turned Berlin into the first battle ground of the Cold War. He will also consider how this fraught period in Berlin’s history has shaped the modern world.

This online event marks the launch of Giles’s brand-new book on the subject, ‘Checkmate in Berlin: The Cold War Showdown that Shaped the Modern World’, which is released the same day.

It is part of the events programme supporting our special exhibition, ‘Foe to Friend: The British Army in Germany since 1945’.

Giles Milton is an internationally acclaimed author of 11 works of narrative history, including ‘D-Day: The Soldiers’ Story’. His ‘Sunday Times’ bestseller, ‘Churchill’s Ministry of Ungentlemanly Warfare’, is currently being developed into a major TV series. Milton’s other works – published in 25 languages – include ‘Nathaniel’s Nutmeg’, which was serialised by BBC Radio 4.