Her Majesty's Cavalry: Meet the Stars 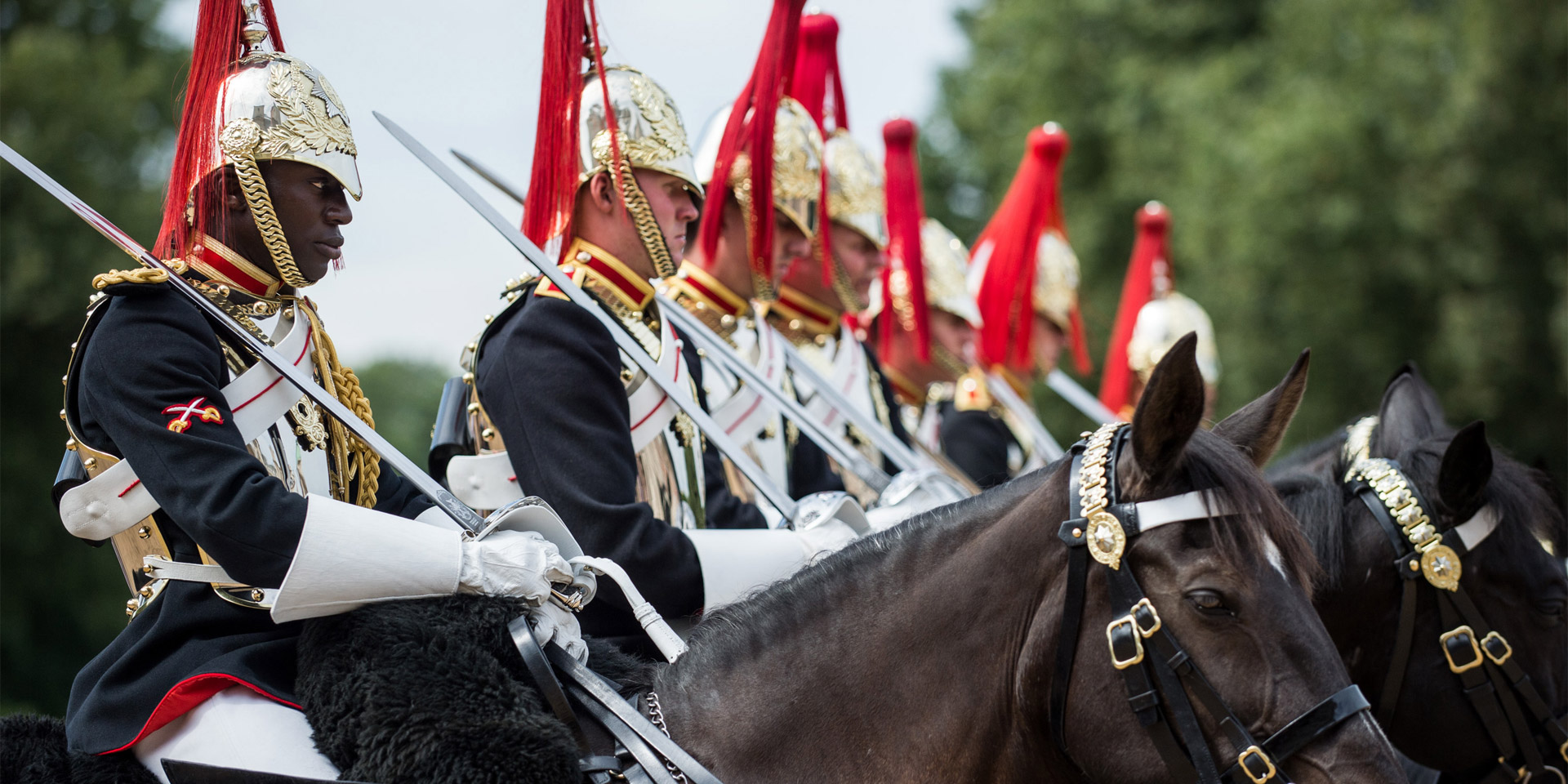 Meet the serving members of the Household Cavalry Regiment starring in the ITV show 'Her Majesty's Cavalry'.

Join members of the Household Cavalry engagement team and take part in an interactive workshop to learn more about their roles.

Get a close-up look at their operational kit, ceremonial uniform, and weapons.

Climb aboard the CVR(T) Scimitar reconnaissance vehicle and learn more about the Household Cavalry’s role on operations.

The horses of the Household Cavalry, known as 'Cavalry Blacks', have been guarding the Royal Family and taking part in ceremonial occasions since the restoration of King Charles II in 1660.

Watch a live farrier demonstration, showing how the regiment looks after its horses' feet.

Meet the ‘Stars of the Show’

Meet serving soldiers from the Household Cavalry that starred in the ITV show ‘ Her Majesty’s Cavalry’ and find out why their job is known as the best of both worlds.