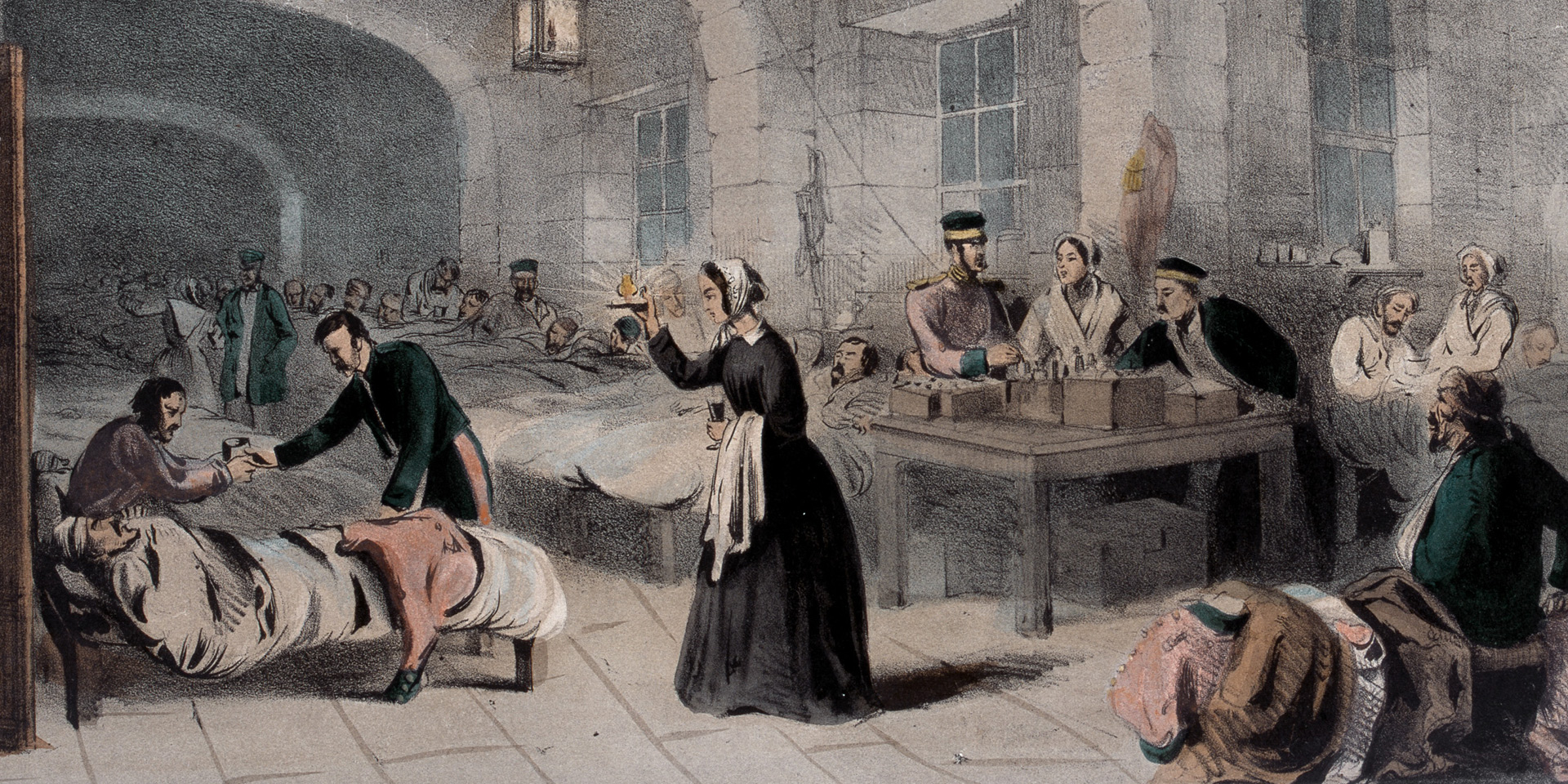 Professor Christine Hallett traces the history of army nursing from the Crimean War until the end of the First World War.

To mark International Nurses Day, Christine will chart the development of the official military nursing services in Britain. Starting with Florence Nightingale’s initial efforts in the Crimean War, she will continue through to the creation of nursing services during the Boer War and the First World War.

She will also draw comparisons with similar nursing services in the US military and the Commonwealth, as well as the emergence of the largely voluntary Red Cross.

Christine Hallett is Professor of Nursing History at The University of Manchester.