Remembrance in Focus: The Past, Present and Future of Commemoration

FREE
Register for events on Crowdcast by clicking the relevant links. 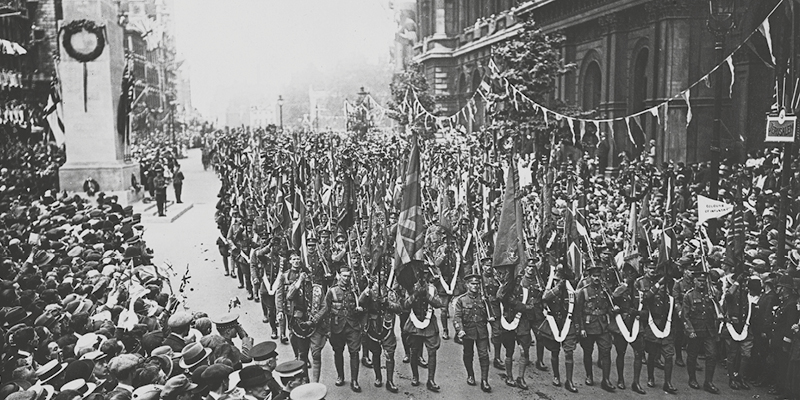 Join us for a series of online talks with world-class academics exploring the past, present and future of commemoration, hosted in partnership with the Commonwealth War Graves Commission.

To mark Remembrance Day, the National Army Museum and Commonwealth War Graves Commission bring you a weekend of virtual talks.

Learn about the ideas and decisions that led to the creation of a remembrance culture, following the end of the First World War. Discover how the war dead were recovered and identified, and hear about the ongoing work to identify the bodies found on battle sites.

There will be discussions on the role of heritage in acts of remembrance, how commemoration has evolved since 1918 and where it is heading as we look towards the future.

The programme will take place online via Crowdcast. Follow the links to each talk to book your place.

Origins and Futures: From the Establishment of IWGC to 21st Century Commemoration

Discover how the act of commemorating the First World War has developed since the establishment of the Imperial (now Commonwealth) War Graves Commission 103 years ago.

The Landscape of Commemoration: Built and Grown Heritage

Efforts to remember and commemorate the First World War have led to the development of built and natural heritage landscapes and landmarks. Join a panel of expert historians as they discuss how these heritage landscapes have been developed and preserved.

Dealing with the Dead: The Recovery and Treatment of Casualties

Hear how different counties dealt with their war dead during and after the First World War in this comparative panel discussion.

Identity and Death: Finding the Missing Then and Now

Learn how the bodies of missing soldiers were identified during the First World War and hear about ongoing efforts to identify the dead.

Explore the origins of the Unknown Warrior concept and the significance that it continues to have in the modern day.

Professor Sir Hew Strachan closes a weekend of talks with a keynote exploring the question of who we choose to remember.