'"Getting You There, Keeping You Going, Watching Your Backs": The Maritime and Air Campaigns'

Dr Chris Parry will combine both historical and personal insights to describe the extraordinarily complex and difficult operation required to mount and sustain an expeditionary force that would have to deploy 8000 miles and apply its fighting power in the face of Argentinian attack, inadequate equipment and the extreme weather of the South Atlantic.

After a discussion of the South Georgia operation, he will describe the attempts to isolate the Falkland Islands by means of an air and maritime exclusion zone and the role of the Royal Navy, both in dealing with Argentinian interference by air and sea and in shaping the operational situation on land ahead of the landing of amphibious and land forces at San Carlos.

He will deal with the naval and air support to ground operations, the problems of excluding the Argentinian Air Force and Naval Air Arm and the critical role of naval helicopters, Sea Harrier/Harrier GR3 ground attack aircraft and naval gunfire support in supporting and sustaining the land campaign. In particular, he will discuss the importance of the sinking of ARA General Belgrano and the Atlantic Conveyor, the challenges of protecting the Amphibious Objective Area at San Carlos and the ground forces as they advanced, as well as the need to keep the two British carriers out of harm’s way in order to maintain limited fighter resources.

In addition, he will explain how the challenges of maintaining a secure logistics supply chain over such extended distances were achieved. 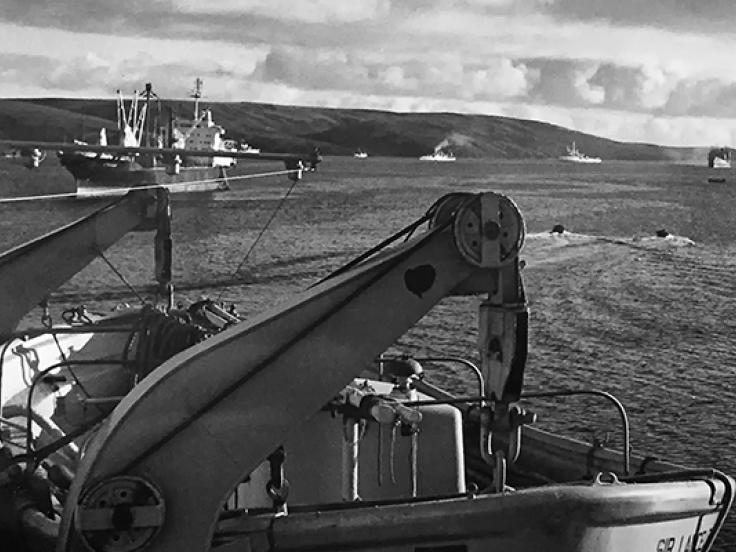