The National Army Museum's War Graves Adjudication Unit works on behalf of the Ministry of Defence to help fulfil its requirement to investigate the eligibility of Army personnel for commemoration. The Museum took on this role in 2013 and, apart from a short break in 2017, has carried it out since then.

The primary task of the Unit is to assess cases where it is believed that an individual died as a result of service within the United Kingdom's Armed Forces in the First and Second World Wars.

The Museum works on many different types of case, including those of individuals who are currently not commemorated, as well as the identification of service personnel buried in graves marked as 'unknown'. In all categories, application has to be made to the Commonwealth War Graves Commission (CWGC) who undertake the initial verification of eligibility and evidence for the case.

Once a case is approved to be progressed, it then becomes the Museum's responsibility to research and adjudicate on the cases sent by the CWGC or the Joint Casualty and Compassionate Centre (JCCC).

The Museum investigates these cases and undertakes further research and assessment of the evidence provided in order to deliver a comprehensive adjudication to the CWGC. This may include research within the Museum's collections, other military and civil records and those online and held by other organisations.

The Museum is very proud to have this role in making sure eligible service personnel are correctly commemorated for their service.

The National Army Museum cannot process enquiries sent directly to us. Any enquiries or cases regarding amendments to CWGC records should be sent to the CWGC Commemorations Team. 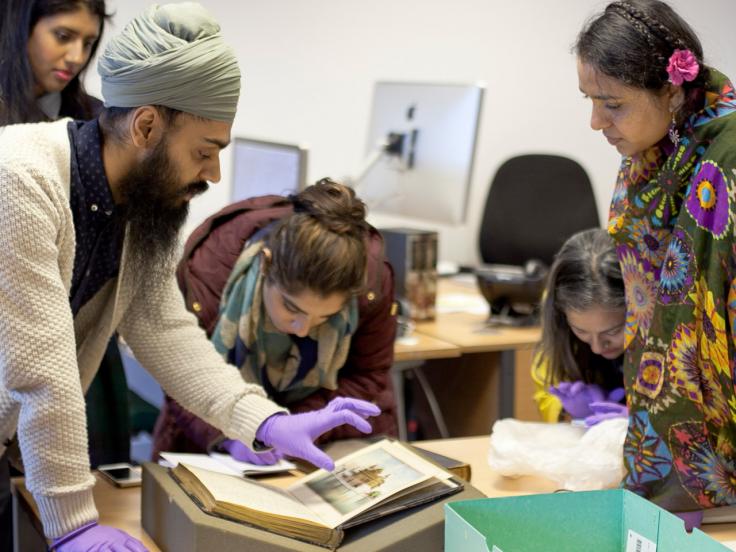