The Battle of Waterloo was fought on 18 June 1815 between Napoleon’s French Army and a coalition led by the Duke of Wellington and Marshal Blücher. The decisive battle of its age, it concluded a war that had raged for 23 years, ended French attempts to dominate Europe, and destroyed Napoleon’s imperial power forever. 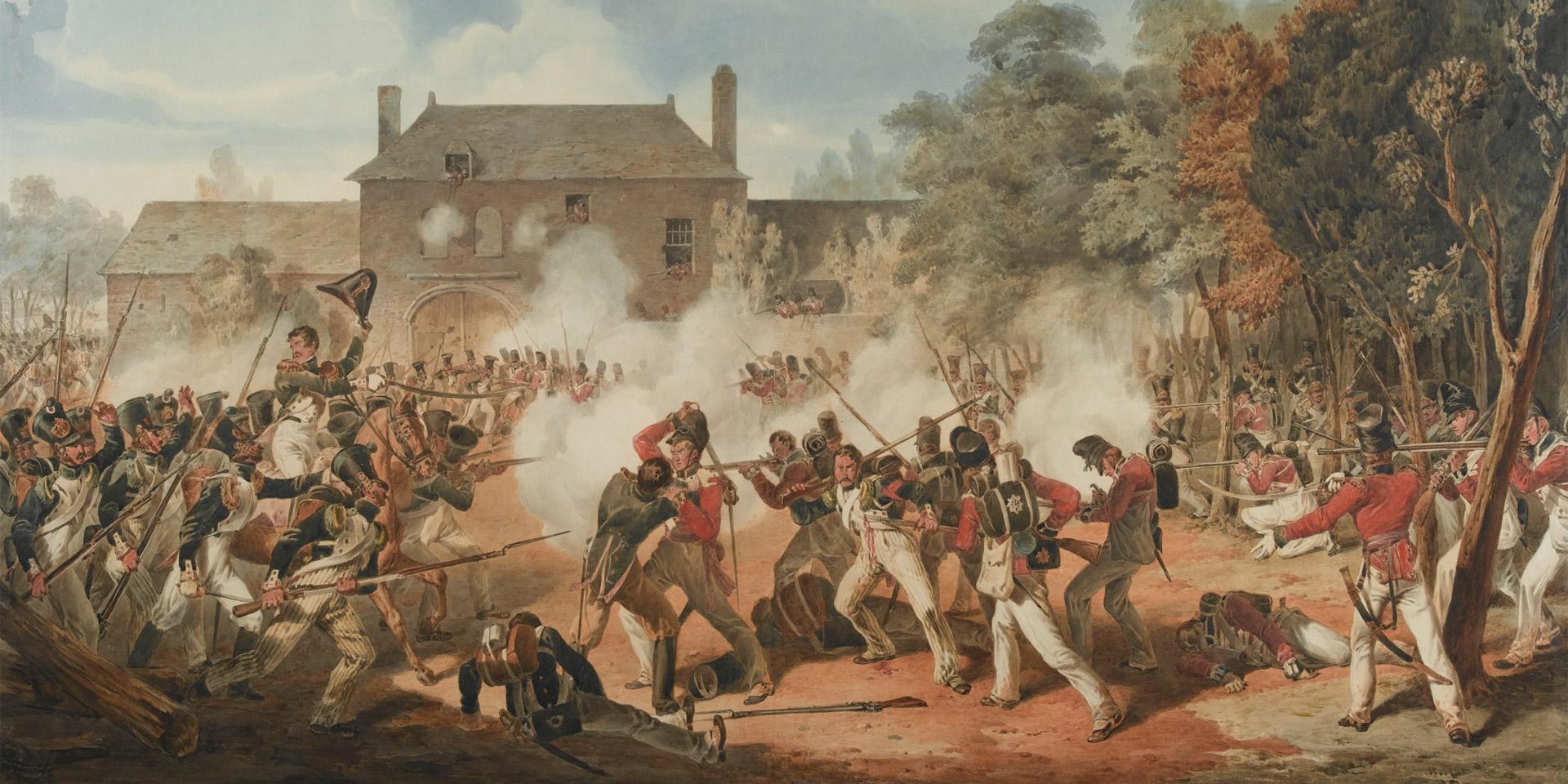 The French Emperor Napoleon Bonaparte had escaped from exile in March 1815 and returned to power. He decided to go on the offensive, hoping to win a quick victory that would tear apart the coalition of European armies formed against him.

Two armies, the Prussians led by Field Marshal Gebhard von Blücher and an Anglo-Allied force under Field Marshal the Duke of Wellington, were gathering in the Netherlands. Together they outnumbered the French. Napoleon’s best chance of success was therefore to keep them apart and defeat each separately.

Leaving the Duchess of Richmond's ball to fight at Quatre Bras, 1815

Attempting to drive a wedge between his enemies, Napoleon crossed the River Sambre on 15 June, entering what is now Belgium. The next day the main part of his army defeated the Prussians at Ligny and drove them into retreat, with losses of over 20,000 men. French casualties were only half that number.

That same day, Wellington beat off a separate French attack on the crossroads at Quatre Bras. But the Prussian defeat at Ligny meant he also had to retreat or risk being outflanked and overwhelmed. The Prussian defeat might have been more decisive had not poor staff work led an entire French corps to march back and forth between Ligny and Quatre Bras without attacking either force.

Lady Butler's 'Dawn of Waterloo' (1895) depicting the Scots Greys on the morning of the battle, 1815 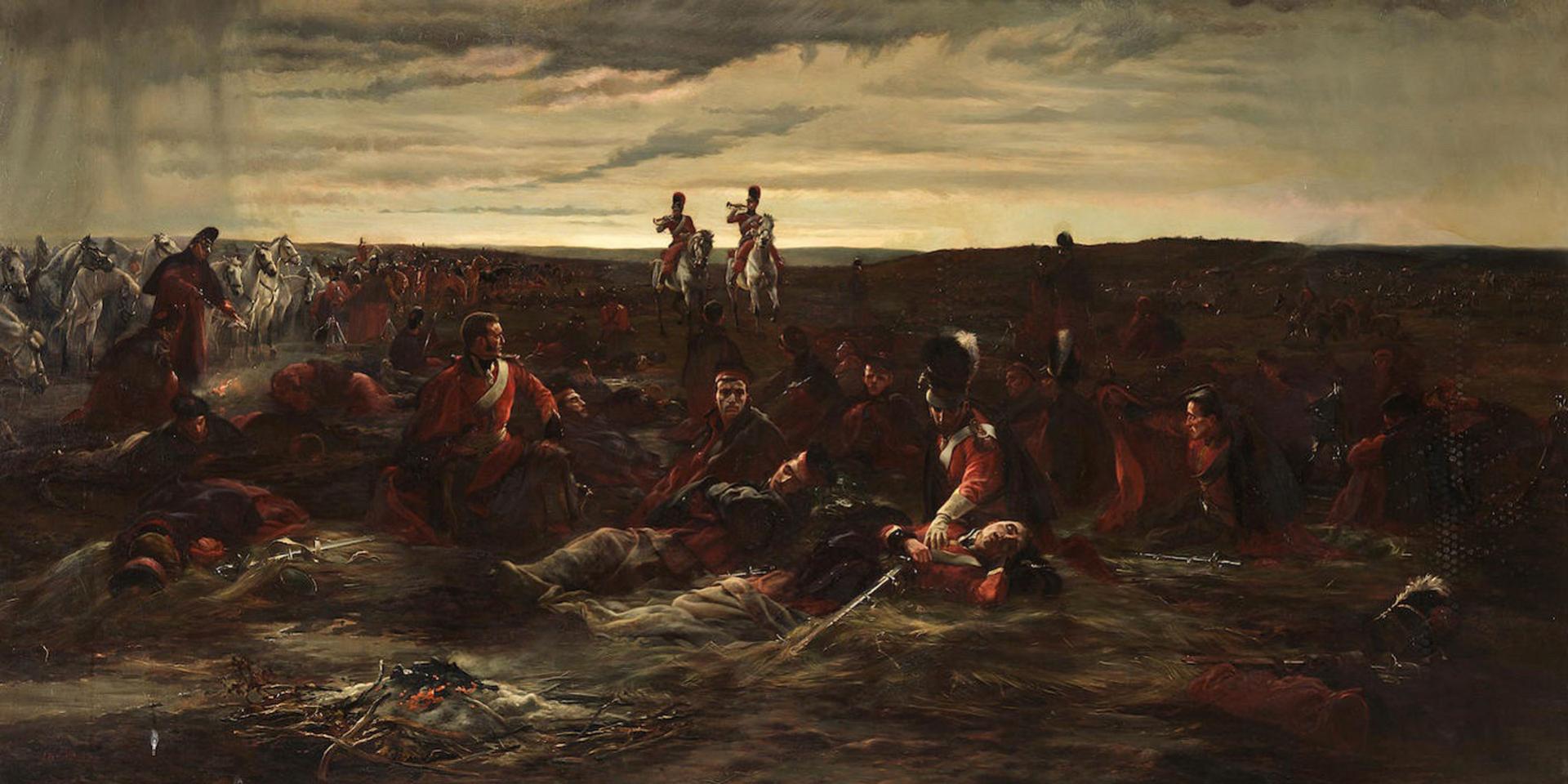 Lady Butler's 'Dawn of Waterloo' (1895) depicting the Scots Greys on the morning of the battle, 1815

Pursued by Napoleon’s main force, Wellington fell back towards the village of Waterloo. Unknown to the French, the Prussians, although defeated, were still in good shape. They retreated northwards towards Wellington’s position and were able keep in contact with him.

The 48,000-strong Prussian Army was experienced and professional, a mix of veteran, militia and reserve units. Its strength lay in the officer corps, especially its General Staff, who managed to reorganise the army and move it to Waterloo within 48 hours of its defeat at Ligny.

Emboldened by their promise of reinforcements, Wellington decided to stand and fight on 18 June until the Prussians could arrive. 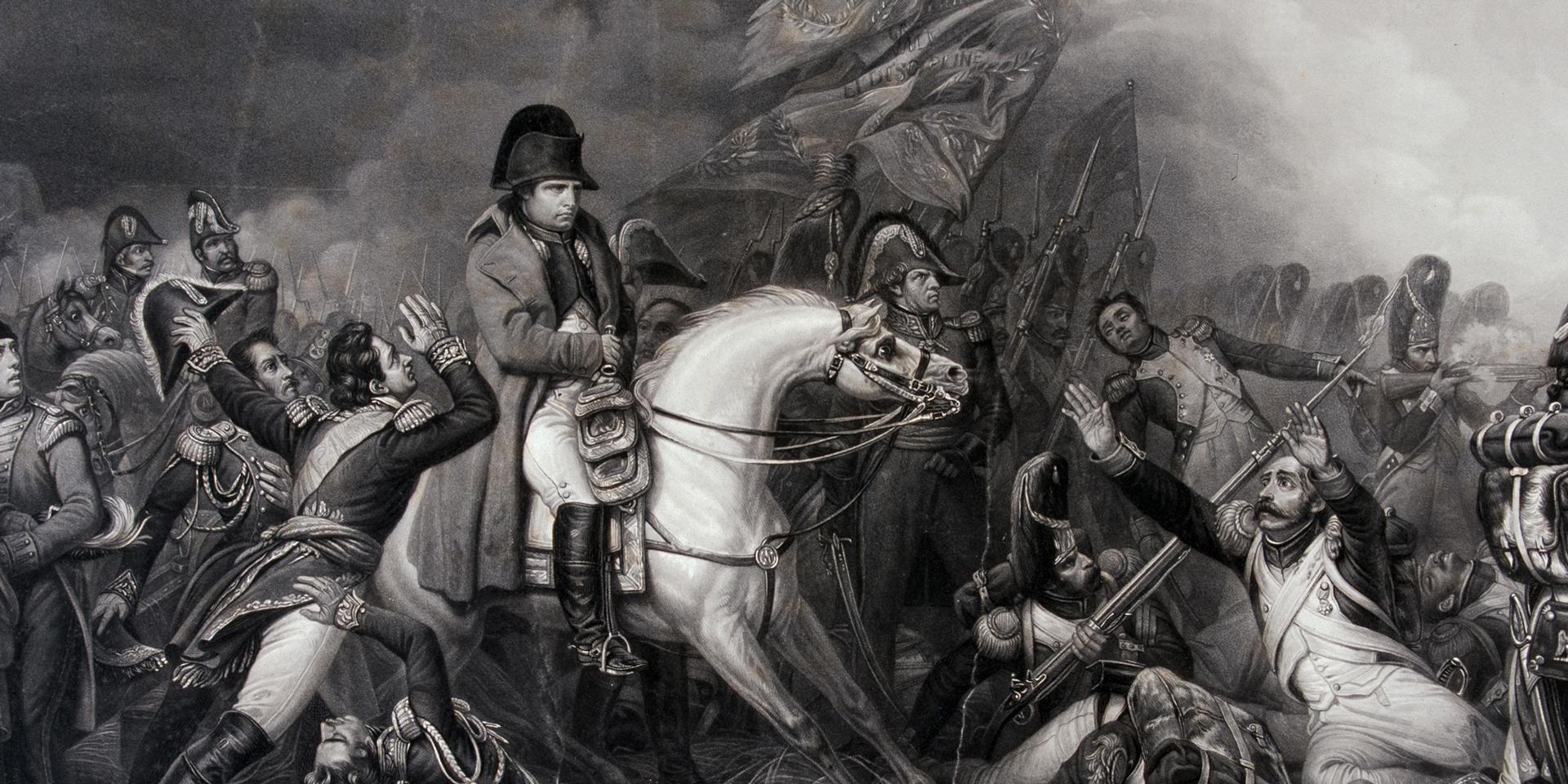 The French Army had their greatest military commander in Napoleon Bonaparte. The emperor was loved by his loyal troops, demonised by his enemies, feared and respected by all.

His army was composed of veterans who had rallied to his cause on his return from exile. Having detached 33,000 men to follow the Prussians after Ligny, Napoleon had 72,000 men and 246 guns at Waterloo.

Wellington also accepted that Napoleon’s presence on the battlefield made a huge difference to the morale and performance of his troops.

The Anglo-Allied army had 68,000 men and 156 guns. The men were a mix of inexperienced troops and veterans of the Peninsular War (1808-14). With such a mixed force there was no question of Wellington going on the offensive. 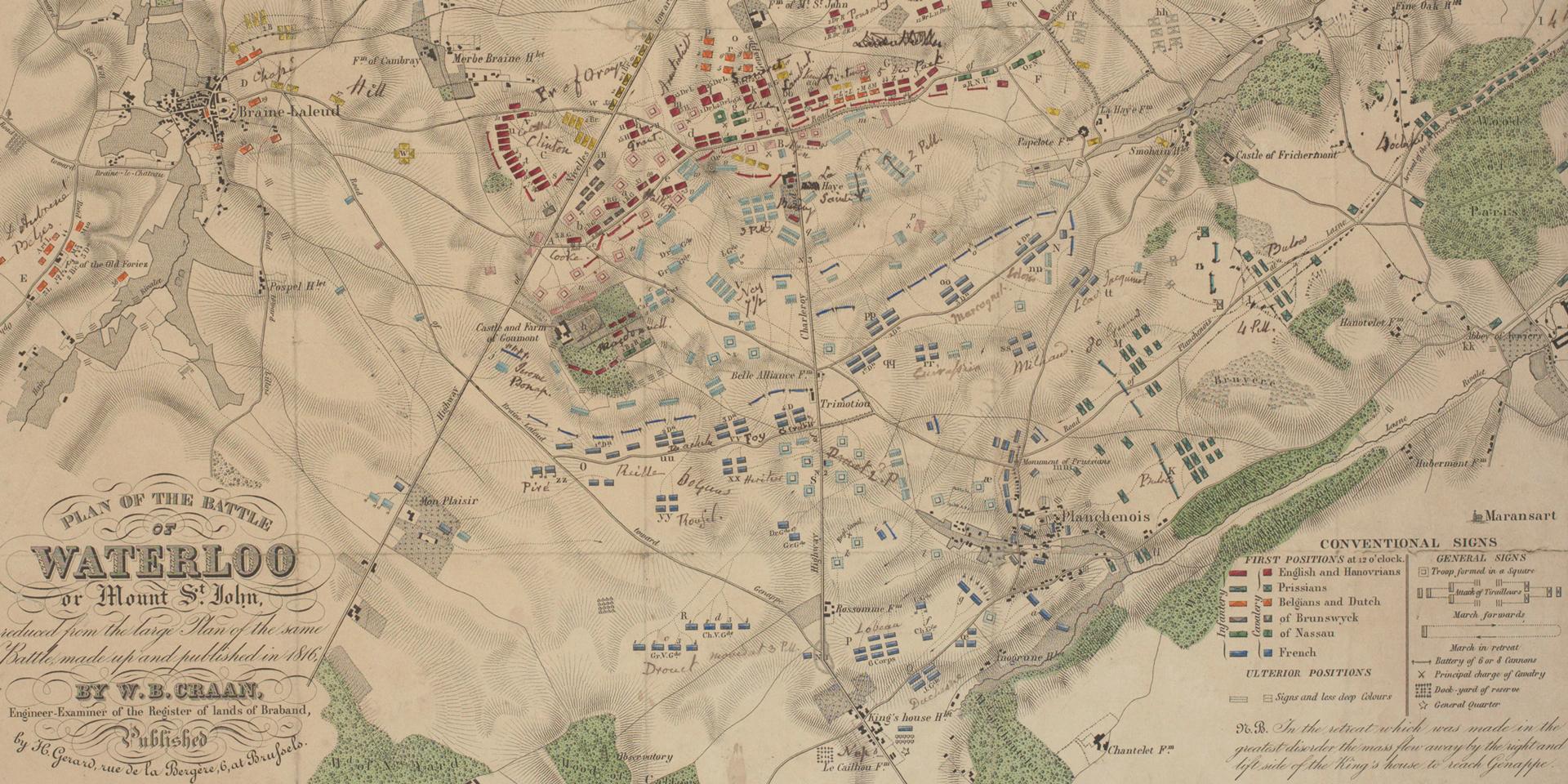 Wellington drew up his army along a ridge of Mount St Jean. Using tactics that he had perfected during the Peninsular War, he positioned most of his forces behind the ridge, so they were out of sight of the enemy and sheltered from artillery fire. The rest of his army guarded three outposts in front of the ridge.

To the west stood the Chateau of Hougoumont, which Wellington garrisoned with British Guardsmen and German Light Infantry. In the centre was the farm of La Haye Sainte, defended by more Germans and British riflemen. At the east end of the ridge lay the hamlet of Papelotte, occupied by German Duchy of Nassau troops.

Napoleon’s plan was simple. He would conduct a diversionary attack against Hougoumont. Then, once Wellington had sent reinforcements there, a main attack against the bulk of the Anglo-Allied army would begin. 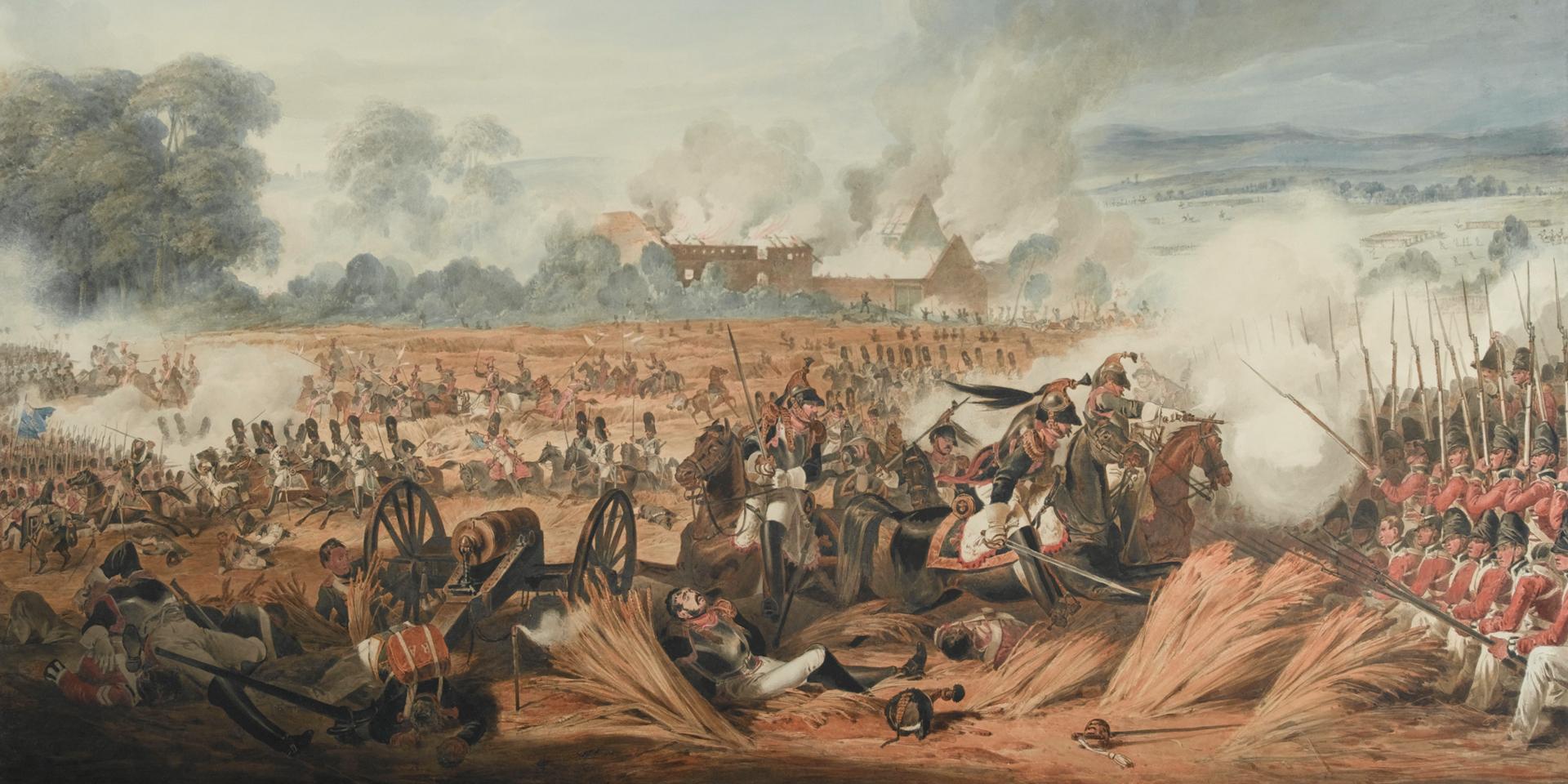 At 11.30am, following a huge artillery bombardment - partly negated by Wellington’s position and the wet ground - Napoleon launched his diversionary attack against Hougoumont.

The French cleared the wood in front of the chateau but were shot down as they left its shelter. A small group did manage to break in via the north gate, which had been left open to facilitate resupply. But the defenders managed to shut the gates and kill them. The chateau remained in British hands all day.

Two hours later, the French attacked the Allied left centre. They drove back the Dutch-Belgians. But as they crested the ridge, they were stopped by British infantry and then counter-attacked by British heavy cavalry.

The cavalry routed the French infantry, but carried their charge too far. They were then counter-attacked by French cavalry and cut to pieces.

This French eagle standard was captured during the battle. It was one of nearly 100 presented by Napoleon to his army in 1815.

During the British heavy cavalry charge, Captain Alexander Kennedy Clark killed the French soldier carrying the standard, and Corporal Francis Stiles retrieved it. Though they disputed each other’s role in its capture, both were later credited.

By mid-afternoon, news of the Prussians' arrival forced Napoleon to form a defensive line on his right. Soon afterwards, believing the Allies were pulling back, the French cavalry charged the infantry of Wellington’s right centre who formed square.

Although more cavalry were committed to attack, the soggy ground hampered the French. They could not make an impression on the British squares, which held firm despite suffering casualties from artillery fire.

Meanwhile, the Prussians continued to arrive on Napoleon’s right, forcing him to detach more troops to steady the situation. At about 6pm the French captured La Haye Sainte, severely weakening Wellington’s position.

Under withering fire, Wellington’s centre began to collapse. The French commander Marshal Ney called for reinforcements to push home his advantage. But Napoleon decided first to send troops to recapture the village of Plancenoit from the Prussians. This gave Wellington time to strengthen his position.

Defeat of the Imperial Guard

At about 7pm, in a last bid for victory, Napoleon released his finest troops, the Imperial Guard. They marched up the ridge between Hougoumont and La Haye Sainte, but had chosen to attack where Wellington was strongest. Under a withering fire from British guardsmen and light infantry, the Imperial Guard halted, wavered, and finally broke.

Their defeat sent the rest of the French into panic and eventually retreat. This continued all night, with the French harried by the Prussian cavalry. Napoleon lost nearly 40,000 men killed, wounded or captured. The Allies suffered 22,000 casualties.

Napoleon was defeated. He spoke of fighting on, but was forced to abdicate when the Allies entered Paris on 7 July. He spent the rest of his life in exile on the island of St Helena in the South Atlantic.

‘My heart is broken by the terrible loss I have sustained in my old friends and companions and my poor soldiers. Believe me, nothing except a battle lost can be half so melancholy as a battle won.’ Duke of Wellington, 1815 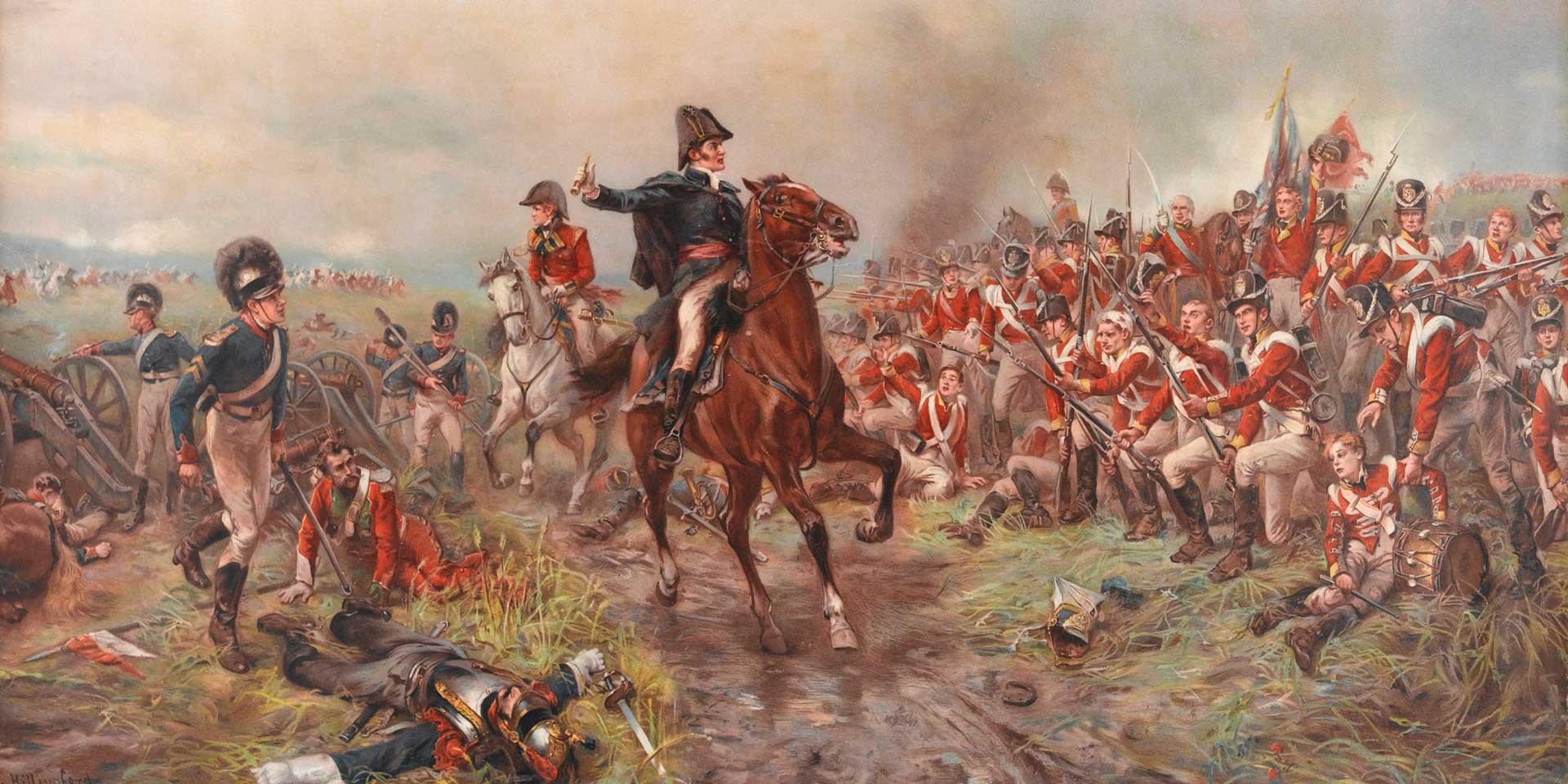 Two armies face him: a Prussian army under Field Marshal Blucher and a multi-national force under the Duke of Wellington.

Battles at Ligny and Quatre Bras

Wellington’s army hold off the French at Quatre Bras. But the main French army defeats the Prussians at Ligny. The Prussians retreat.

The Prussians withdrawal obliges Wellington to retreat as well. He falls back to a ridge near the village of Waterloo. Wellington plans to fight there until the Prussians come to his aid.

Wellington’s army beats off a succession of French attacks. The arrival of the Prussians completes Napoleon’s defeat.

The victorious allies enter Paris. Napoleon surrenders to the British and is exiled to St Helena.

The Duke of Wellington received a hero's welcome on his return to Britain. He was showered with further honours, eventually becoming prime minister in 1828, and again in 1834.

Waterloo ended the wars that had convulsed Europe since the French Revolution (1789-99). It also ended France’s attempts, whether under Louis XIV or Napoleon, to dominate the continent.

Waterloo inaugurated a general European peace that, apart from the brief interruption of the Crimean War (1854-56), lasted until 1914. In the years that followed 1815, France and Britain were brought closer together, fighting as partners in the Crimea and remaining allies through two World Wars. 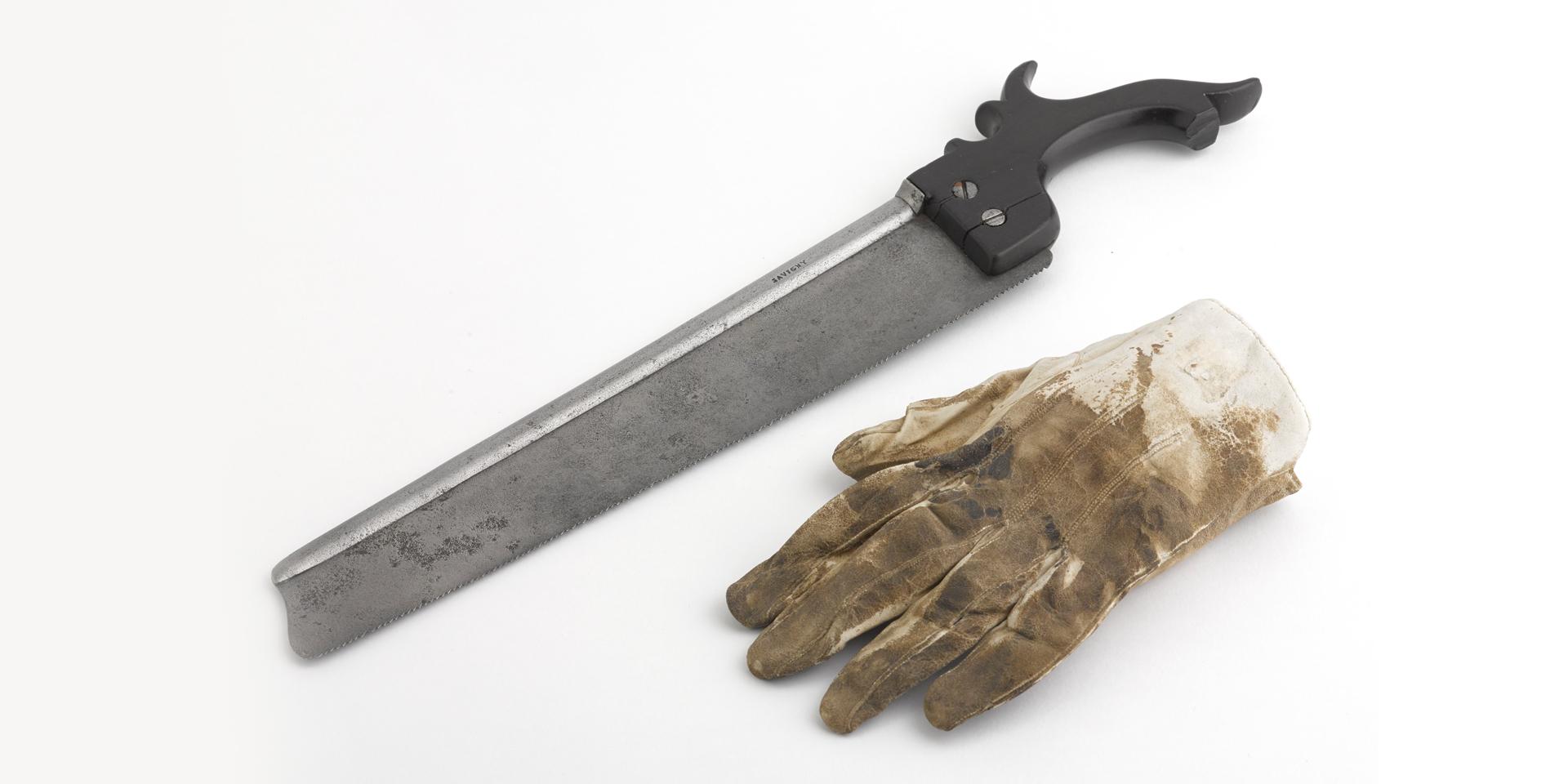 Battlefield tours of Waterloo started immediately after the campaign and continue to this day.

Among the attractions is the Lion’s Mound. King William I of the Netherlands built it in 1820 on the spot where he believed his son the Prince of Orange had been wounded.

Visible for miles around, the mound dominates the area. Many other memorials dot the surrounding landscape.

Another monument, that no longer exists, belonged to General Henry Paget, Lord Uxbridge. He led a series of cavalry charges at the battle, but was wounded in the right leg by one of the last cannon shots of the day.

Wellington: ‘By God, sir, so you have!’ Exchange between Lord Uxbridge and the Duke of Wellington at Waterloo, 1815

Uxbridge was taken back to his headquarters, a farmhouse in the village of Waterloo, where surgeons amputated the limb. He is reported to have remained composed throughout the painful procedure, apparently even asking: ‘Who would not lose a leg for such a victory?’

After the operation, the farmhouse owner, Monsieur Paris, asked if he could keep the leg. He buried it in his garden and created a shrine, complete with a headstone. The grave of Uxbridge's leg became a popular tourist attraction and earned Monsieur Paris and his descendants a healthy income! 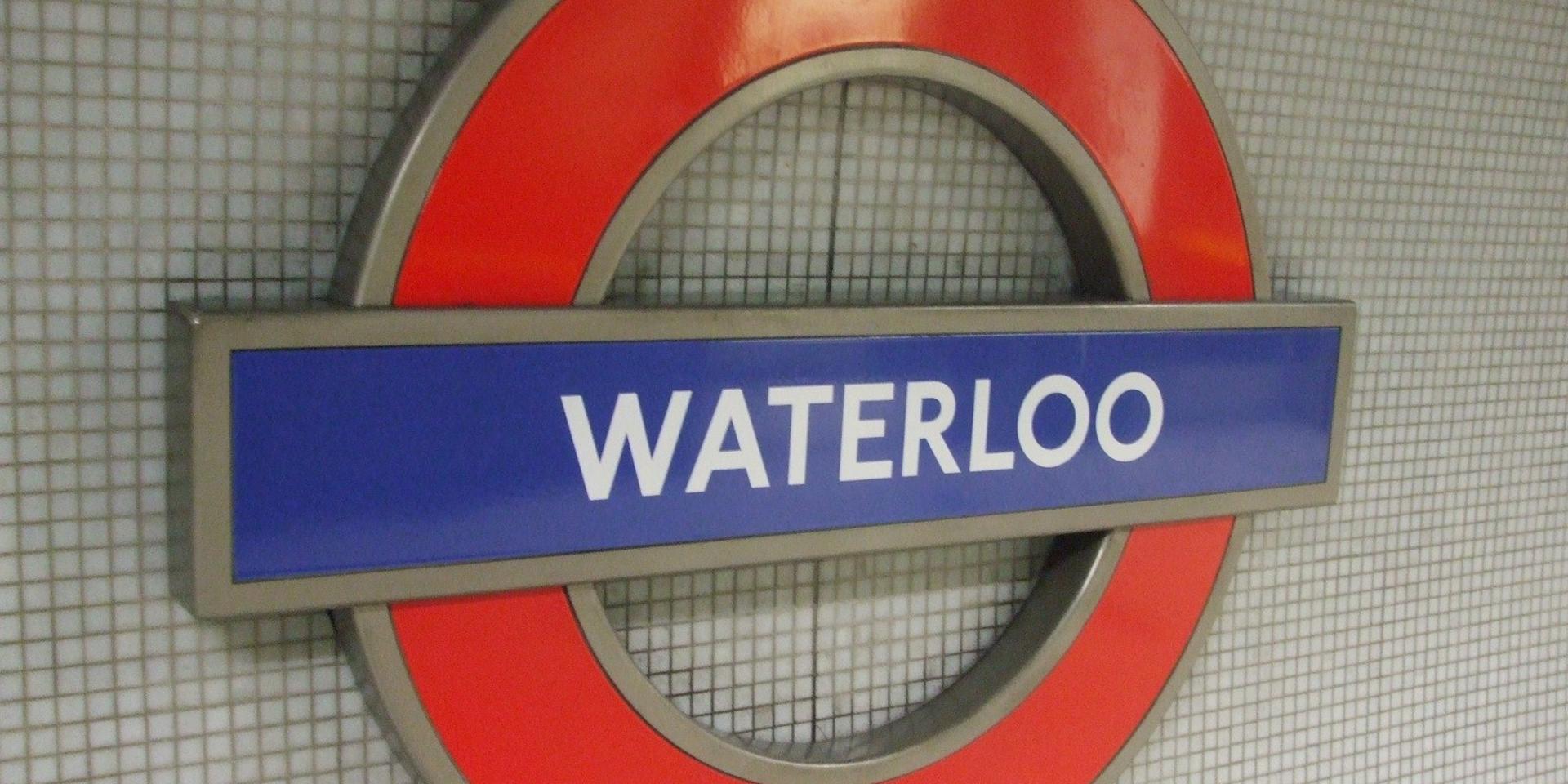 Throughout Britain and the Commonwealth, Waterloo has been commemorated in the names of streets, railways stations, bridges and parks.

The name 'Waterloo' itself has entered the English vocabulary. A person who has been defeated after a run of success is said to have 'met their Waterloo'.

The pop group Abba’s winning entry in the 1974 Eurovision Song Contest was based on this phrase. The song is about a girl who has to surrender to the demands of her conqueror, just like Napoleon at the Battle of Waterloo.

Waterloo - I was defeated, you won the war
Waterloo - promise to love you for ever more
Waterloo - couldn't escape if I wanted to
Waterloo - knowing my fate is to be with you
Waterloo - finally facing my Waterloo 'Waterloo' by Abba, 1974