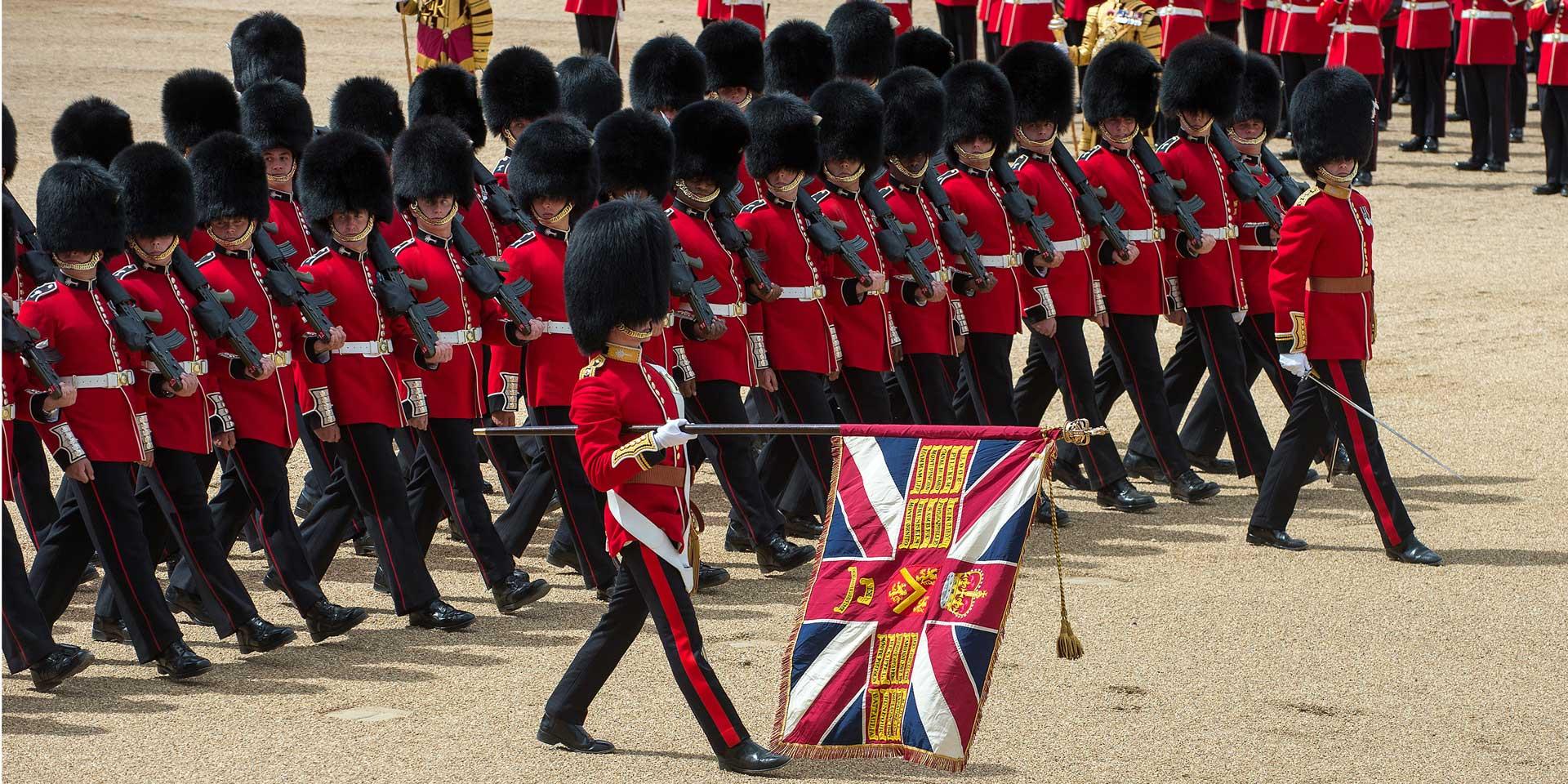 A British soldier will usually serve in the same regiment or corps throughout their career. To its soldiers, the regiment is therefore the all-important military family, providing accommodation, welfare, comradeship and a unique identity.

Originally established as administrative units for specific branches, like the infantry or cavalry, regiments form the organisational basis of the Army. They are the bricks upon which it has been built.

The regimental system has its roots in the 17th century when both aristocrats and professional soldiers were commissioned by monarchs and parliament to recruit troops. Ranked as colonels, these men raised, dressed and equipped their regiments. Subsequent reforms linked these regiments to specific parts of the British Isles from where they predominantly recruited.

Over the years, regiments have varied in size as to how many regular, militia and volunteer battalions they have. Nevertheless, this system has established a feeling of service, comradeship and regimental pride that lies at the heart of the British Army's fighting spirit.

It has frequently been a major factor in enabling soldiers to prevail, sometimes against impossible odds or in conditions of extreme hardship.

Defending the Colours of the 3rd (East Kent) Regiment of Foot (The Buffs) at Albuera, 1811

The spirit of a regiment was embodied in its colours (for the infantry) or guidons (for the cavalry). These standards (or flags) carried a regiment’s battle honours, awarded by monarchs to commemorate bravery on campaign.

British regiments had two colours, collectively called a stand. They served not only as a rallying point in battle, but also as a focus of regimental pride.

The King's/Queen’s Colour was a union flag trimmed with gold fabric, and with the regiment's insignia in the centre. It reminded all ranks of their loyalty and duty to their sovereign.

The Regimental Colour was a flag of a single colour - usually the colour of the regiment's uniform facings (collar, lapels and cuffs) - again trimmed and with the insignia in the centre.

To lose the colours to the enemy was the greatest disgrace a regiment could suffer. Soldiers therefore defended them with their lives. When a battalion was presented with new colours, the old stand was normally laid up in a church or chapel associated with the regiment.

Soldiers wear a badge on their uniform headdress as a way of distinguishing their regimental identity.

It is a form of heraldry and many badges symbolise things that are important to a regiment or corps.

These include links to a sovereign or royal dynasty, places it has fought, its town or county origins, or a famous battle honour.

Originally, the colonel of a regiment could put whatever device or badge he chose onto his soldiers’ headdress. But this was forbidden by a Royal Warrant in 1751.

Since then, the symbolism of regimental badges has been controlled by the Army’s high command.

This grenadier cap of the 65th Regiment bears the royal cypher and the white horse of Hanover, c1758

The badge of The Gloucestershire Regiment depicts a Sphinx - awarded to its predecessor regiment, the 28th Foot, for their gallantry at the Battle of Alexandria in 1801

As well as badges, many regiments adopt mascots as part of their symbolism. These are pet animals maintained by a unit for ceremonial purposes.

Over the years, regimental mascots have included dogs, ponies, sheep, goats and even tigers.

In the British Army some of these are official mascots. Others are animals unofficially taken ‘on the strength’, meaning they are fed and housed at regimental expense.

'Domhnall', the Irish Wolf Hound mascot of the Irish Guards, meets the Duke of Cambridge, 2016

Warrant officers from the Welsh Guards wait to be presented with leeks on St David's Day, 2017

Regiments have important dates in their calendars that help define their identity. Examples include a national day, like St David’s Day (1 March) for The Welsh Guards, or the anniversary of a battle, as with Albuera Day for The Duke of Cambridge’s Own (Middlesex Regiment).

On each Albuera Day (16 May) the Middlesex officers' mess would toast the dead of the Battle of Albuera (1811) and those who subsequently fell in regimental service.

Most British regiments have official marches, music that is played during parades and celebrations.

These have varied origins. Some were chosen by commanding officers simply because they liked the melody.

Others were folk tunes from the regions where regiments recruited, such as 'Blue Bonnets over the Border' for the King's Own Scottish Borderers or ‘Speed the Plough’ for the Suffolk Regiment.

The band of 2nd Battalion The Royal Munster Fusiliers march in South Kerry, 1903

Head of the family

Key figures within the regimental system are the colonel and the colonel-in-chief.

With roots going back to the 17th century, when colonels owned and supervised their regiments, the modern colonel is the head of the family and responsible for the protection of the regiment’s interests. He is almost always an officer holding the rank of general, who at one time served in the regiment.

A more ceremonial, but equally important position, is the colonel-in-chief. This is normally a member of the Royal Family.

Throughout the Army’s long history, regiments have been disbanded and amalgamated for reasons of operational effectiveness and economy. Combining separate regiments has always been controversial and many believe it has diluted the heritage and tradition of unique organisations.

In 2006-07, for example, the Government amalgamated several English, Welsh and Scottish infantry regiments into new ‘super regiments’. It subsequently came under heavy criticism from soldiers, veterans, politicians, the media and members of the public.

Supporters of change claimed that the old regimental heritages would be preserved in the battalions of the new regiments. Their opponents disagreed.

Both sides of the debate would nevertheless have agreed that the concept of the regiment, its symbols and its traditions remain at the heart of the modern British Army’s identity.

The Mercian Regiment, formed in 2007, celebrate Formation Day at Chester, 2015 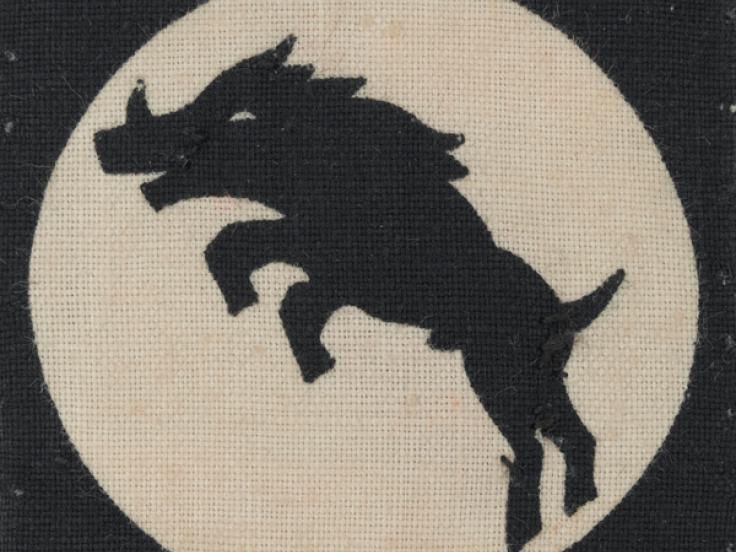 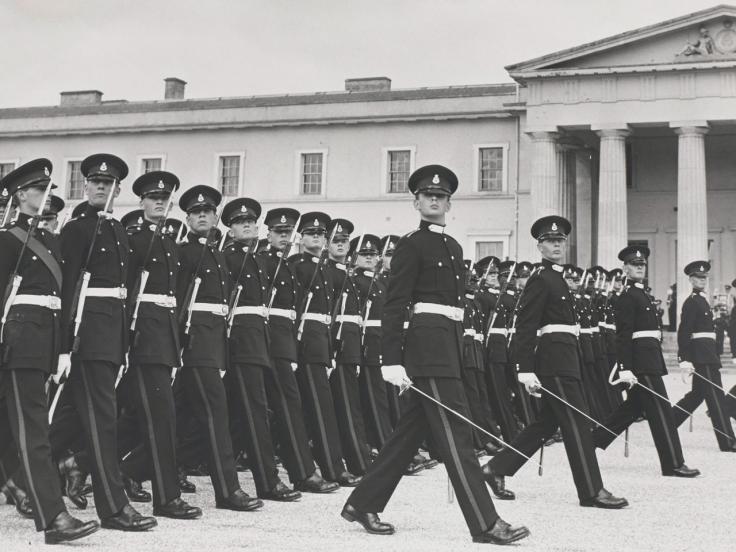