Athenstedt: A Cold War Cold Case - The Stasi Versus Brixmis 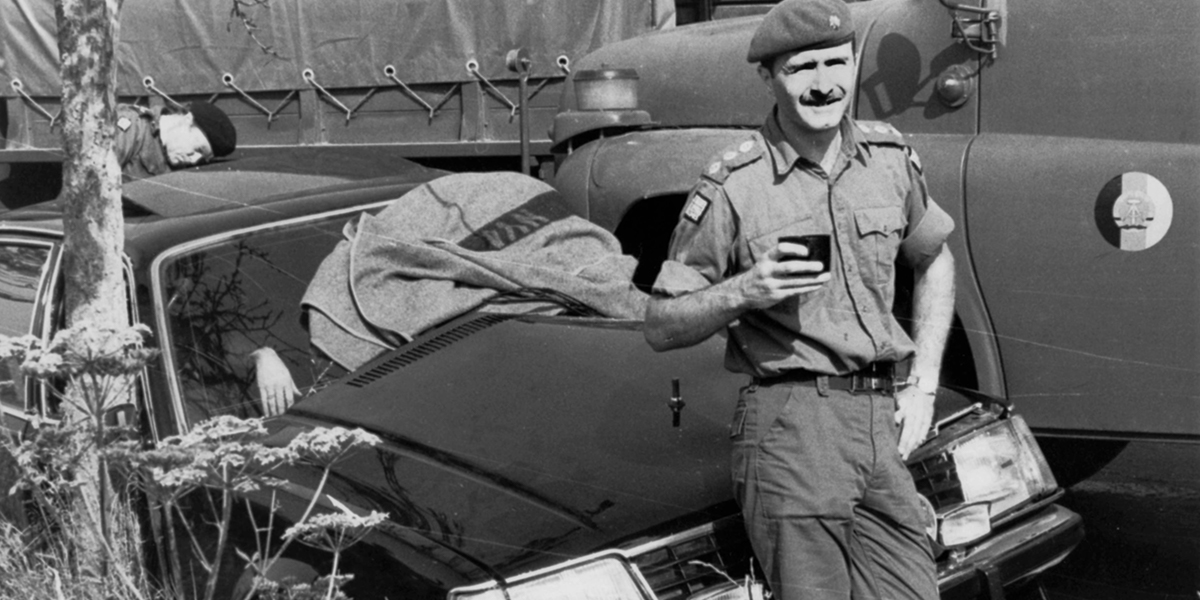 Founded 75 years ago, in September 1946, the British Commanders’-in-Chief Mission to the Soviet Forces in Germany (Brixmis) operated behind the Iron Curtain during the Cold War, with teams embarking on intelligence gathering tours of East Germany.

In this talk, Major General Peter Williams will discuss the East German Stasi’s operations against the activities of the Allied military liaison missions, including Brixmis, in the late 1970s and early 1980s. He will highlight five serious incidents that occurred at the early-warning radar site in Athenstedt during this period, including two deliberate rammings designed to kill or seriously injure members of the missions.

This talk is part of a programme of events supporting our special exhibition, ‘Foe to Friend: The British Army in Germany since 1945’.

Major General Peter Williams spent more than 30 years in the Coldstream Guards and enjoyed a hugely varied career in the British Army. During the Cold War, he specialised in intelligence, serving first in Berlin from 1973 to 1975, and then in West Belfast from 1975 to 1976 as a regimental intelligence officer.

After studying Russian and German, he spent more than four years in the 1980s in Berlin and East Germany as an officer in Brixmis, in effect working as a military spy. In 1983, he was awarded an MBE for his success as an intelligence collector and analyst. He is the current chairman of the Brixmis Association.