Connect with stories of African and Caribbean soldiers past and present in a special evening of discussions, performances and activities.

Discover the extensive history of African and Caribbean service both in and alongside the British Army at this unique late event.

Delve into our archive to uncover photographs and records relating to soldiers of African and Caribbean heritage.

Hear what it's been like to serve in the British Army throughout its history in this unique discussion featuring soldiers, veterans and black history experts.

Following an introduction from Blondel Cluff, Chair of the West India Committee, the panel will be chaired by Garry Stewart. Contributions will be made by:

Get after-hours access to our West Indian Soldier exhibition, which documents the fascinating, 300-year story of the recruitment and role of West Indian servicemen and women in the British Army.

David Wells, Director of Research and Heritage at the West India Committee and co-curator of the exhibition, will be providing short, guided tours throughout the evening.

Witness exclusive performances from our live interpretation character, Shirley Hamilton, who will describe her journey from Jamaica to join the Auxiliary Territorial Service (ATS) during the Second World War.

Craft a black poppy to remember those soldiers of African and Caribbean heritage who have lost their lives serving with the British Army and plant it in our remembrance field.

Hear pre-recorded music from Gospel singer and serving soldier Corporal Yvonne Asamoah-Tawiah, who won the UK Based Gospel Artist of the Year Award at the Ghana Music Awards UK.

You will also be able to hear songs of The King's African Rifles playing at the start of the evening. The songs are drawn from the National Army Museum’s sound archive.

Alison Ray will discuss her project 'Unknown Soldier', a dance piece that recounts the various stories of men and women of Black British heritage who fought in the First and Second World Wars. 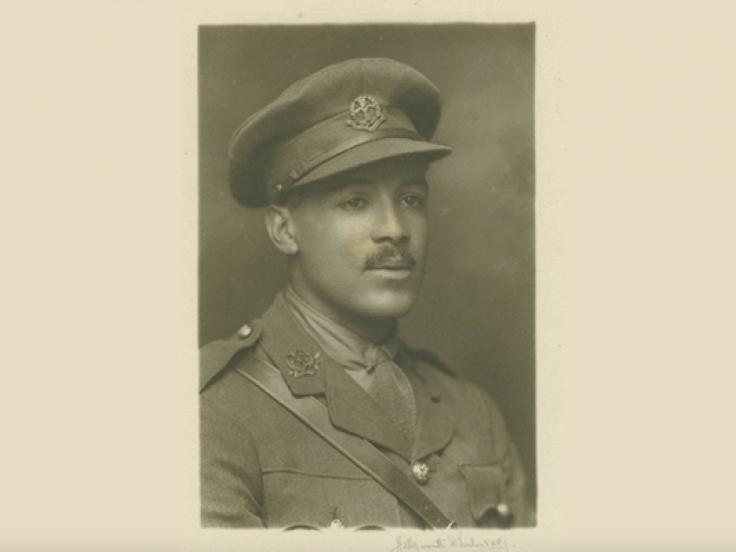