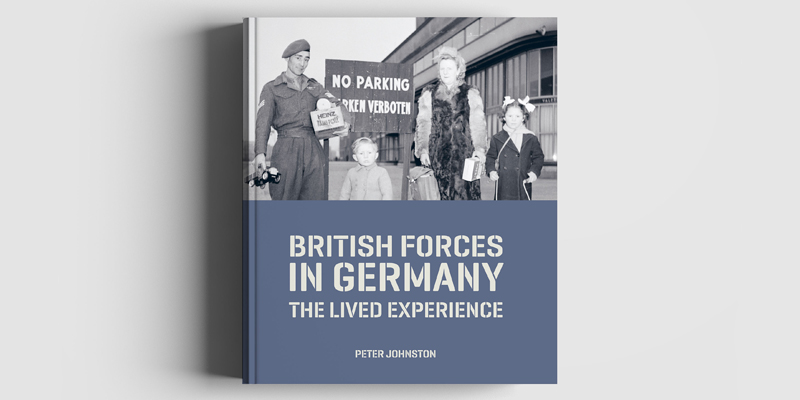 Join historian and curator Dr Peter Johnston as he launches his new book, the authorised history of the British military's time in Germany.

This year marks the end of an era for the British Army in Germany, as the last formed units return to the UK.

The British Army's relationship with Germany since the end of the Second World War in 1945 has been complex. From occupying a defeated country, to standing on the front line in the Cold War, to deploying across the world, Britain's reasons for being in Germany have changed. But for 75 years, more than a million service personnel – and their families – have called it home.

Dr Johnston will reflect on the decades the Army spent in Germany, drawing on the extensive research that went into his new book, 'British Forces in Germany: The Lived Experience'. He will explore the peculiar and unique aspects of life in the German garrisons, and what the Germans thought of their British neighbours.

The evening will be a celebration of the British Army's time in Germany, and an opportunity to reflect. But it will also look to the future, the next stage of the British-German partnership, and at the legacy the British leave behind them.

Dr Peter Johnston is Head of Collections Research and Academic Access at the National Army Museum. A military historian and curator, with a particular specialism in the British Army since 1945, Peter has also published on military culture, veterans and propaganda.