Escaping with His Life 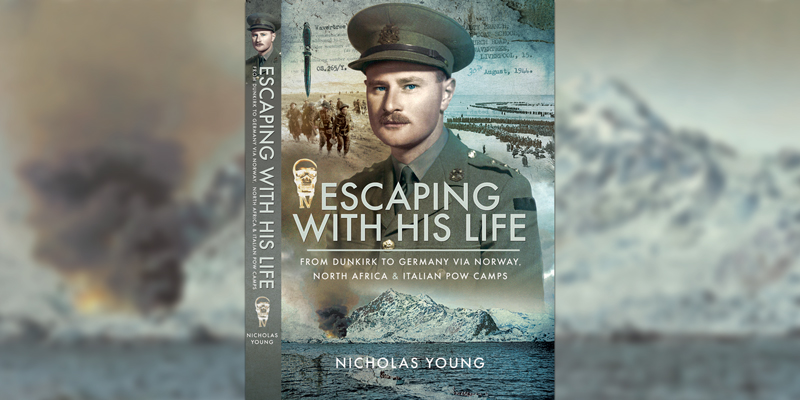 Sir Nicholas Young discusses the colourful exploits of his father, Major Leslie Young, from Dunkirk to D-Day and beyond.

Drawing on new research, Sir Nicholas Young, former CEO of the British Red Cross, will tell the inspiring story of his father’s exploits in the Second World War.

Having survived the evacuation from Dunkirk in 1940, Major Leslie Young volunteered for the newly formed Commandos. He took part in their first major operation, the raid on the Lofoten Islands in Norway.

Major Young later fought and was captured in Tunisia. He escaped from the Fontanellato prisoner-of-war camp in Italy before it was taken over by the Nazis in 1943. He then spent six months on the run in the Apennine Mountains, aided by many brave and selfless Italians.

He eventually reached Allied lines, but not before two of his helpers were tragically killed by German and American fire respectively.

On returning to England, Young immediately signed up for the invasion of North West Europe and, despite being wounded, fought his way through to Germany. He was twice Mentioned in Despatches.

Sir Nicholas will be joined and interviewed by Hon Letitia Blake, Secretary and Trustee of the Monte San Martino Trust.

Founded in 1989, the Trust provides study bursaries in England for young Italians in grateful recognition of their countrymen’s bravery and generosity in aiding escaped Allied prisoners during the Second World War. Up to 50,000 prisoners left their camps after the Italian Armistice, in September 1943, and headed for freedom.