The First Battle of El Alamein

Tanks on Ruweisat Ridge during the First Battle of El Alamein, July 1942

Join Christopher Dorman-O’Gowan as he discusses the First Battle of El Alamein and its significance in the North African campaign of the Second World War.

After the defeat at the Battle of Gazala in June 1942, General Sir Claude Auchinleck decided to take over personal command of the British Eighth Army as it fell back to Mersa Matruh. Taking Major-General Dorman-Smith with him, he relieved General Ritchie of his command on 25 June and withdrew to El Alamein.

From 1 to 27 July, the Eighth Army held back the forces of General Erwin Rommel, stopping him from reaching Alexandria or Cairo, and thus preventing Egypt from falling into Axis hands.

In this exciting talk, Christopher Dorman-O’Gowan highlights the importance of the First Battle of El Alamein, offering an insight into its events and aftermath.

Christopher Dorman-O’Gowan is the son of Major-General Dorman-Smith. Born and educated in Ireland, he was commissioned into the Royal Regiment of Fusiliers in 1969. He went on to serve in Hong Kong, Cyprus, Germany, Northern Ireland and Gibraltar.

On leaving the Army, he retrained as a lawyer and practised at the Bar on the North Eastern Circuit as well as in Ireland. 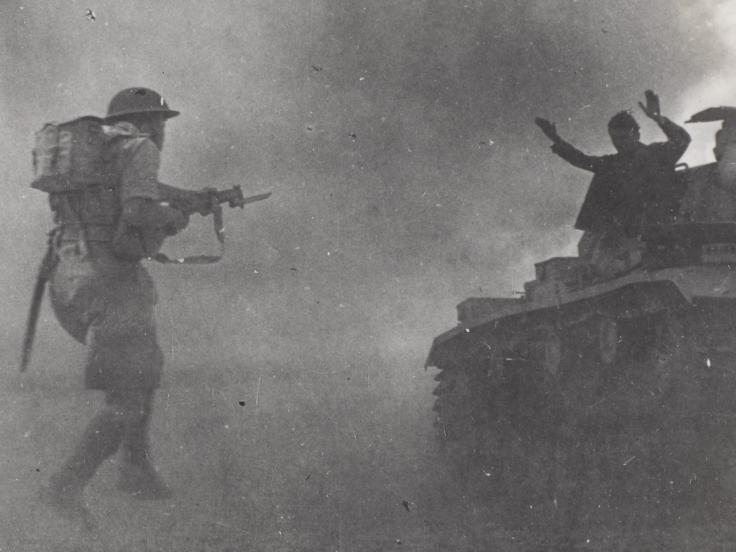 The End of the Beginning: The Second Battle of El Alamein

Join Rupert Wieloch as he marks the 80th anniversary of the Second Battle of El Alamein with a discussion of its key events and its importance in the context of the Second World War.