Propaganda and Operation Dynamo: The Myth of Dunkirk

Cheerful British troops after being evacuated from Dunkirk, 1940

Join Professor David Welch as he explores the role of propaganda in shaping the myth of Dunkirk.

The Ministry of Information (MOI) was created at the outbreak of the Second World War to handle official news, maintain morale and conduct publicity campaigns for government departments.

Just eight months into the conflict, the British Army was facing annihilation. The evacuation of British and French troops from Dunkirk in 1940 proved an early test of the MOI’s ability to shape a narrative that could turn a military disaster into an uplifting moral victory. ‘Dunkirk’ took on an immediate mythic resonance for the British people.

In this illuminating talk, Professor David Welch examines the role played by the mass media in helping the government to guide public opinion and encourage the nation to keep up the fight against Nazi Germany.

David Welch is Emeritus Professor of Modern History and Honorary Director of the Centre for the Study of War, Propaganda and Society at the University of Kent. In 2013, he co-curated an exhibition at the British Library and authored the accompanying book, ‘Propaganda: Power and Persuasion’. He has published numerous works on the role and use of propaganda in the 20th and 21st centuries.

In 2019, Bloomsbury published a volume of essays - ‘Propaganda and Conflict: War, Media and Shaping the Twentieth Century’ - dedicated to David and honouring his contribution to the field of propaganda studies. 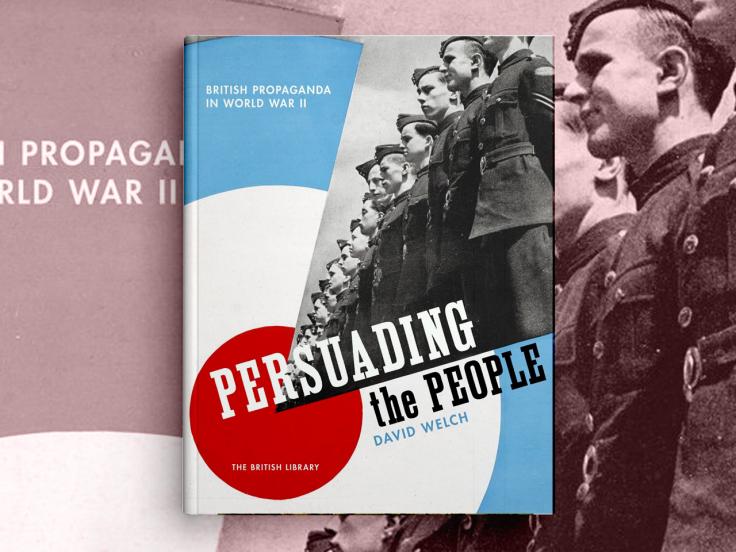 Buy a copy of David Welch's book which looks at British propaganda in the Second World War, highlighting the work of the Ministry of Information.