Join Dr Christopher Knowles as he looks at the roles of four British individuals shaping the British occupation in Germany following the Second World War.

Following the defeat of Nazi Germany in May 1945, the country was divided into four zones by the victorious Allies. The British had complete control in their zone, located in the north-west of Germany.

Join Dr Christopher Knowles as he looks at how four important and influential British individuals set about the task of reconstruction, political renewal and personal reconciliation with their former enemies: Field Marshal Montgomery, the first military governor of the British Zone; Harold Ingrams, a former colonial official given the task of restoring democracy in Germany; Vaughan Berry, the British Regional Commissioner for Hamburg; and John Chaloner, the 21-year-old English officer who founded the German news magazine, ‘Der Spiegel’.

Despite two bitter wars in the previous 30 years, despite the chaos in Germany after the collapse of the Nazi state, and despite extensive criticism of the occupation in both Britain and Germany, the end of the war has been followed by 75 years of peace and prosperity in Western Europe. Dr Knowles will ask us to think about what people did at the time that was right, and what we can we learn from them today?

Dr Christopher Knowles is a Visiting Research Fellow at King’s College London, a Fellow of the Royal Historical Society and a former Archives By-Fellow at Churchill College Cambridge. After a career in electronic publishing and computer software, he resumed his academic studies at the Centre for Contemporary British History at the University of London in October 2005. His book - based on his PhD thesis - 'Winning the Peace: The British in Occupied Germany, 1945-1948', was published by Bloomsbury Academic in 2017. His most recent book, 'Transforming Occupation in the Western Zones of Germany: Politics, Everyday Life and Social Interactions, 1945-1955', edited jointly with Camilo Erlichman, was published in 2018.

This talk is part of our events programme for the exhibition 'Foe to Friend: The British Army in Germany since 1945'. 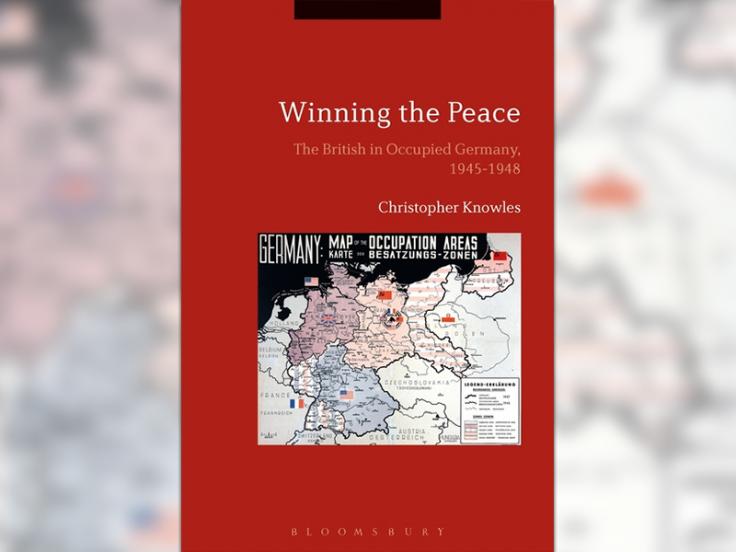 Buy a copy of Christopher Knowles's book, in which he examines the aims and intentions of 12 influential individuals who worked for the British Military Government in occupied Germany immediately after the Second World War.