Urban Warfare in the 21st Century 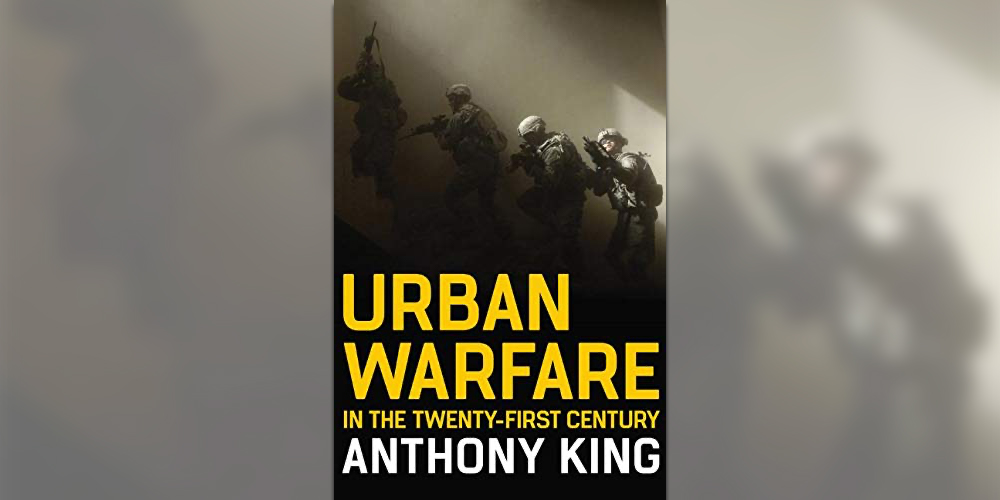 Professor Anthony King launches his latest book which examines the character and impact of urban warfare in modern times.

Over the last two decades, warfare has migrated into cities. The major military battles of recent times have taken place in densely populated urban areas. Today’s urban warfare has coalesced into gruelling micro-sieges, extending from the street level to the airspace above cities. Combatants fight for individual buildings, streets and districts, while social media has enabled these battles to be communicated to a global audience.

To mark the launch of his new book, 'Urban Warfare in the Twenty-First Century', join leading sociologist Professor Anthony King as he considers why this shift to urban warfare is happening. He will explore the defining characteristics of urban warfare in our times and reflect on the military and political implications of such conflicts.

Professor Jonathan Boff will chair a panel discussion, drawing on close analysis of recent urban battles and their historical antecedents to consider how operations in cities, while not new, have become highly distinctive.

Anthony King is the Chair of War Studies at the University of Warwick. He has published widely on war and the armed forces, including a trilogy on contemporary military transformation: 'The Transformation of Europe's Armed Forces' (CUP, 2011), 'The Combat Soldier' (OUP, 2013) and 'Command' (CUP, 2019). In addition to his research, he has advised and mentored the British, European and American armed forces, as well as Nato in Afghanistan.