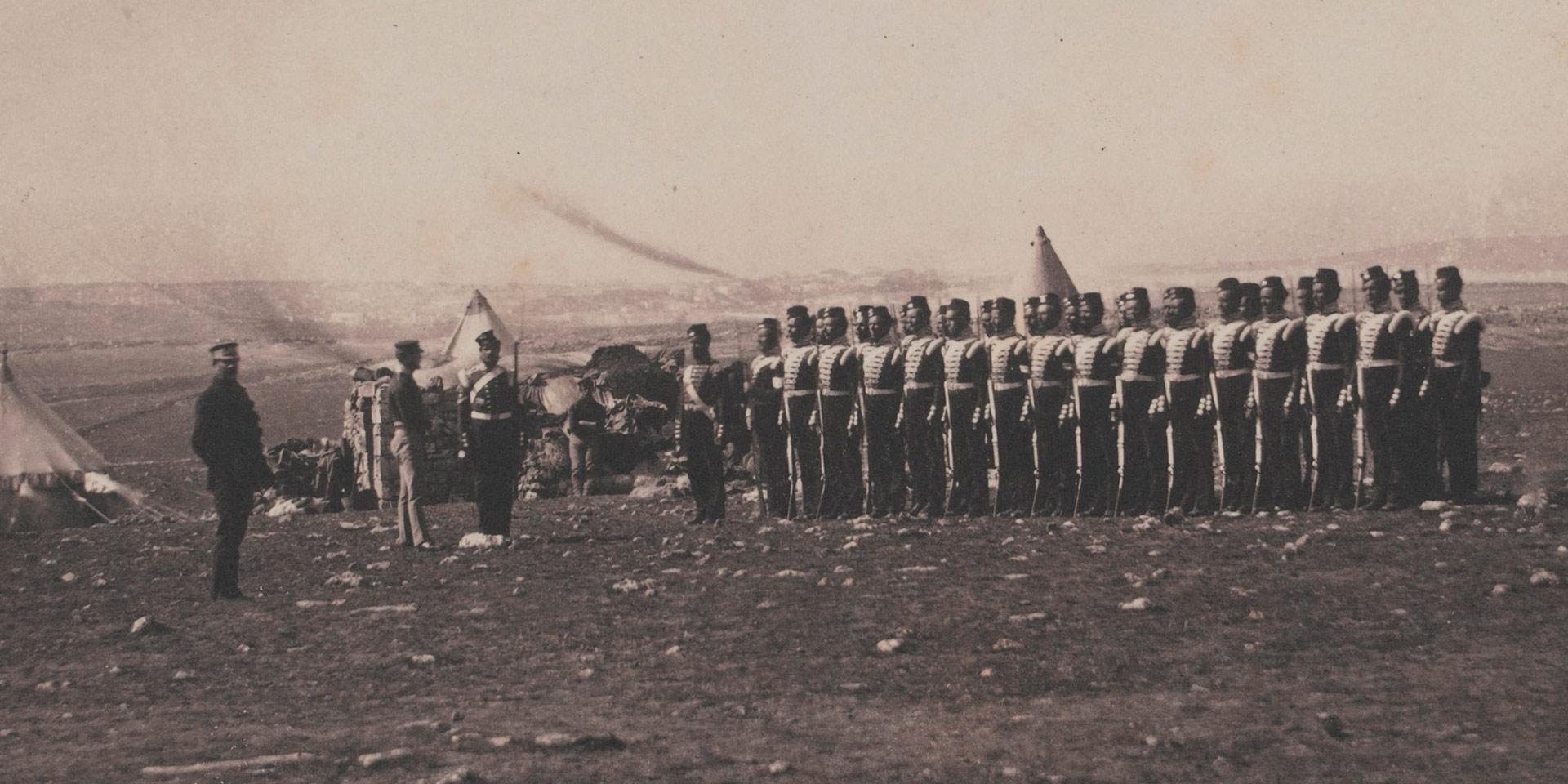 This regiment was raised by Colonel Luke Lillingston at Lichfield in 1705. Its first posting was to Ireland. Then, in 1707, it was sent to the West Indies, where it served as land troops and marines for 57 years, mostly on Antigua.

Poor supply lines and the hot climate made it the first ever British regiment to create a tropical uniform, using ‘holland’ fabric from sugar sacks to line its coats. In 1751, it was given the numeral 38 in the infantry order of precedence.

It finally returned to the British Isles in 1764, before being posted to Boston, Massachusetts in 1774. It was still in North America on the outbreak of the American War of Independence (1775-83) and fought throughout the conflict, most notably at Bunker Hill (1775) and Brandywine (1777).

Next, the regiment garrisoned Nova Scotia, before arriving in Ireland in 1790.

On the outbreak of the French Revolutionary Wars (1793-1802), the main body of the regiment was sent to Flanders. But its companies of light infantry went to the West Indies, helping to capture Martinique (1794).

The main body rejoined the flank companies there in 1796. The regiment remained in the West Indies for the rest of the 18th century, helping to take St Lucia (1796) and Trinidad (1797).

In 1804, the regiment raised a 2nd Battalion, again at Lichfield, while 1st Battalion helped capture the Cape in South Africa in 1805. It then fought in South America at Montevideo and Buenos Aires in 1807.​​​​

The 1st Battalion embarked for the Peninsular War (1808-14) in 1808. That year, it fought at Rolica and Vimeiro, before joining the retreat to Corunna with Sir John Moore. In 1809, it also took part in the Walcheren expedition.

In 1812, 1st Battalion returned to the Peninsula and absorbed most of the survivors from 2nd Battalion, which had arrived in 1810 and had subsequently fought at Bussaco and Badajoz (1812).

The re-formed 2nd Battalion never left England again. It disbanded in 1814. That year also saw the regiment sent to Ireland, before being re-routed to Belgium in July 1815 to join the Army of Occupation.

In 1818, the regiment was sent to South Africa to fight in the Fifth Cape Frontier War (1818-19). Garrison duties in India, Burma, the British protectorate of the Ionian Islands, Jamaica and Nova Scotia followed over the next three decades.

From 1871 to 1880, the regiment was on home service. The following year, it was in Malta when it merged with the 80th Regiment of Foot (Staffordshire Volunteers) to form The South Staffordshire Regiment.