The Bedfordshire and Hertfordshire Regiment was an infantry regiment of the British Army that traced its origins back to 1688. After long years of service in many campaigns it was merged with The Essex Regiment in 1958 to form the 3rd East Anglian Regiment. 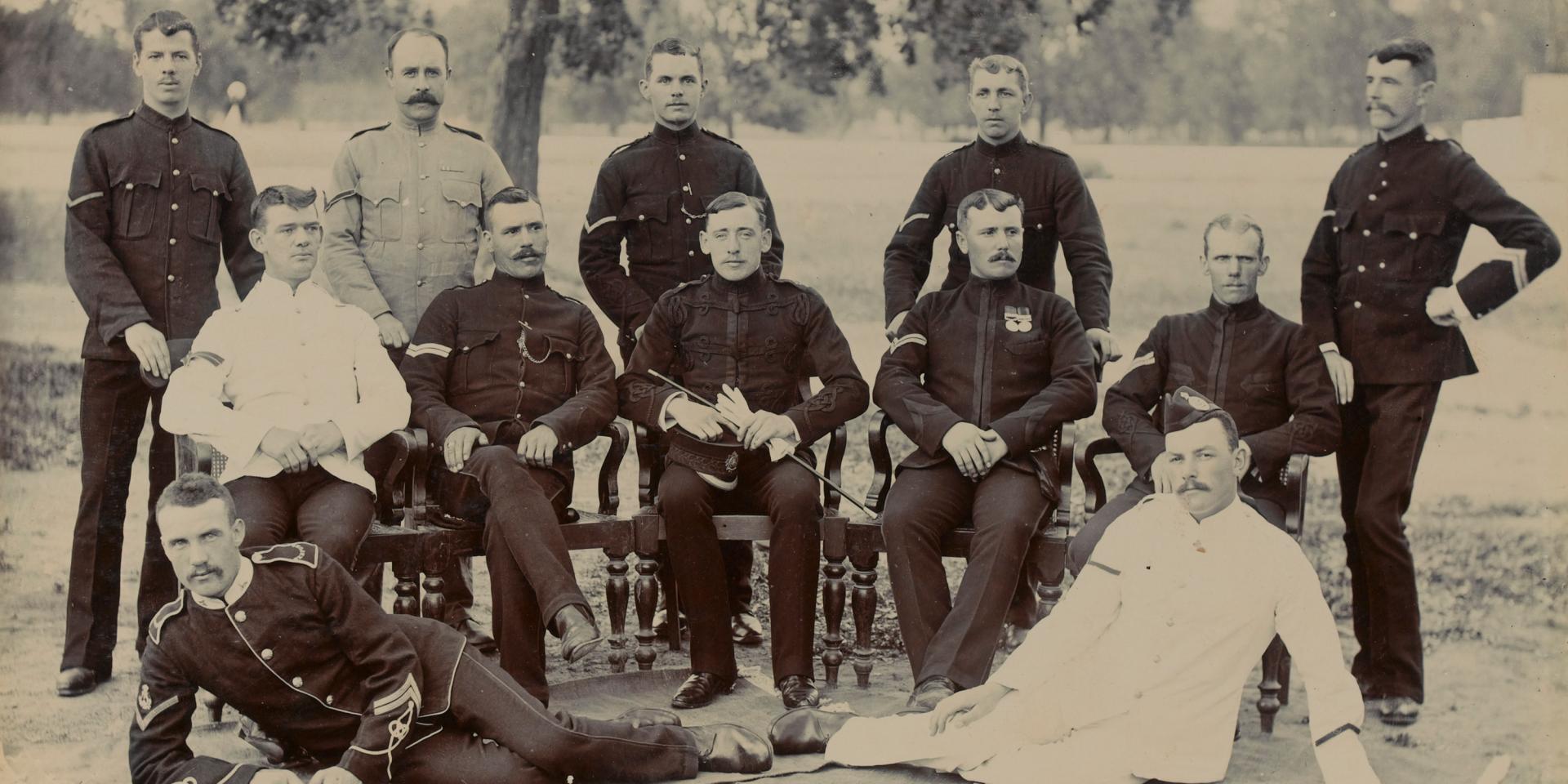 In October 1688 William of Orange was about to set sail from the Netherlands to mount a coup against his father-in-law King James II. He was expected to land somewhere along the south coast of England and so James authorised his loyal supporter Archibald Douglas to raise a new regiment in the counties around Reading.

Once raised, however, the regiment refused James's orders to march to London. Within three months it had displaced Douglas as it colonel and had gone over to William, who was now on the English throne.

William sent it to Flanders in 1689 and it returned there in 1701, serving throughout the Duke of Marlborough's campaigns and fighting at 34 successful battles and sieges during the War of the Spanish Succession (1701-14).

The regiment fought against Spain in the War of Jenkins' Ear (1739-41) including action at Cartagena (in present-day Colombia) in 1741.

The regiment returned to England in 1742, and was ordered to Scotland to help defeat the Jacobites in 1745. In 1751 the regiment was given the numeral 16.

In 1767 it moved to Florida and remained there until 1782, when its few survivors from the American War of Independence (1775-83) were dispersed into other regiments and its officers sent back to Britain to re-recruit. During that recruiting, the regiment was given a county association with Buckinghamshire.

Earlier, in 1809, the regiment’s colonel had swapped its county association with that of the 14th Foot, namely Bedfordshire.

The cap badge of The Bedfordshire and Hertfordshire Regiment depicts which animal crossing a stream?

A lion
A horse
A hart
Did you know?

The depiction of a hart (a male deer) crossing a ford was added to the regiment's badge in 1881 after the Hertfordshire Militia was merged into it. The name Hertford derives from the Anglo-Saxon 'heort ford', meaning deer crossing a waterway.

Colonel A M Paterson of the 1st Bedfordshire Regiment, 1894

The regiment spent the first half of the 19th century garrisoning France, India, Ceylon (now Sri Lanka), Jamaica and Canada.

The regiment’s 1st Battalion returned to Canada alongside its newly-formed 2nd Battalion in 1861, manning the border with America during the period of tension known as the Trent Affair, when the Union side in the American Civil War (1861-65) breached the neutrality of British shipping. 1st Battalion remained there until 1868, also fighting against the Irish-American Fenian Raids across the border, but 2nd Battalion left for Barbados in 1866.

Both battalions subsequently garrisoned India for lengthy spells during the next three decades with 1st Battalion taking part in the storming of the Malakand Pass during the 1895 Chitral Expedition.

The 1881 Army reorganisation renamed it the Bedfordshire Regiment and assigned it the militia and volunteer units of Bedfordshire and Hertfordshire.

Officers of 2nd Battalion The Bedfordshire Regiment confer in the front line, 1915

In 1919 the regiment changed its name again to recognise the men from Hertfordshire who had served during the war.

During the Second World War (1939-45), 1st Battalion initially served in the Middle East, but moved to India in March 1942, also fighting in Burma and remaining in India until partition. 2nd Battalion fought in France in 1940, then remained in Britain re-equipping until March 1943, when it landed in Tunisia. It went on to serve in Italy and Greece.

The regiment raised several other Territorial and hostilities-only battalions, including the 5th, which fought in Malaya and was captured at Singapore in 1942.

Bandsmen of the 2nd Bedfordshire and Hertfordshire Regiment in India, c1922

In 1948, it became a single-battalion regiment within the new East Anglian Brigade. Subsequent deployments included Greece, Cyprus, Egypt and Germany.

Explore the history and collections of The Bedfordshire and Hertfordshire Regiment by visiting Wardown House Museum and Gallery.