Marlborough’s long career as a soldier and statesmen spanned the reigns of five monarchs. His greatest military success came late in his career - had he died before the age of 50, it's unlikely he would be remembered today. His triumphs were not only due to his amazing military talents; they were also a result of politics and patronage. 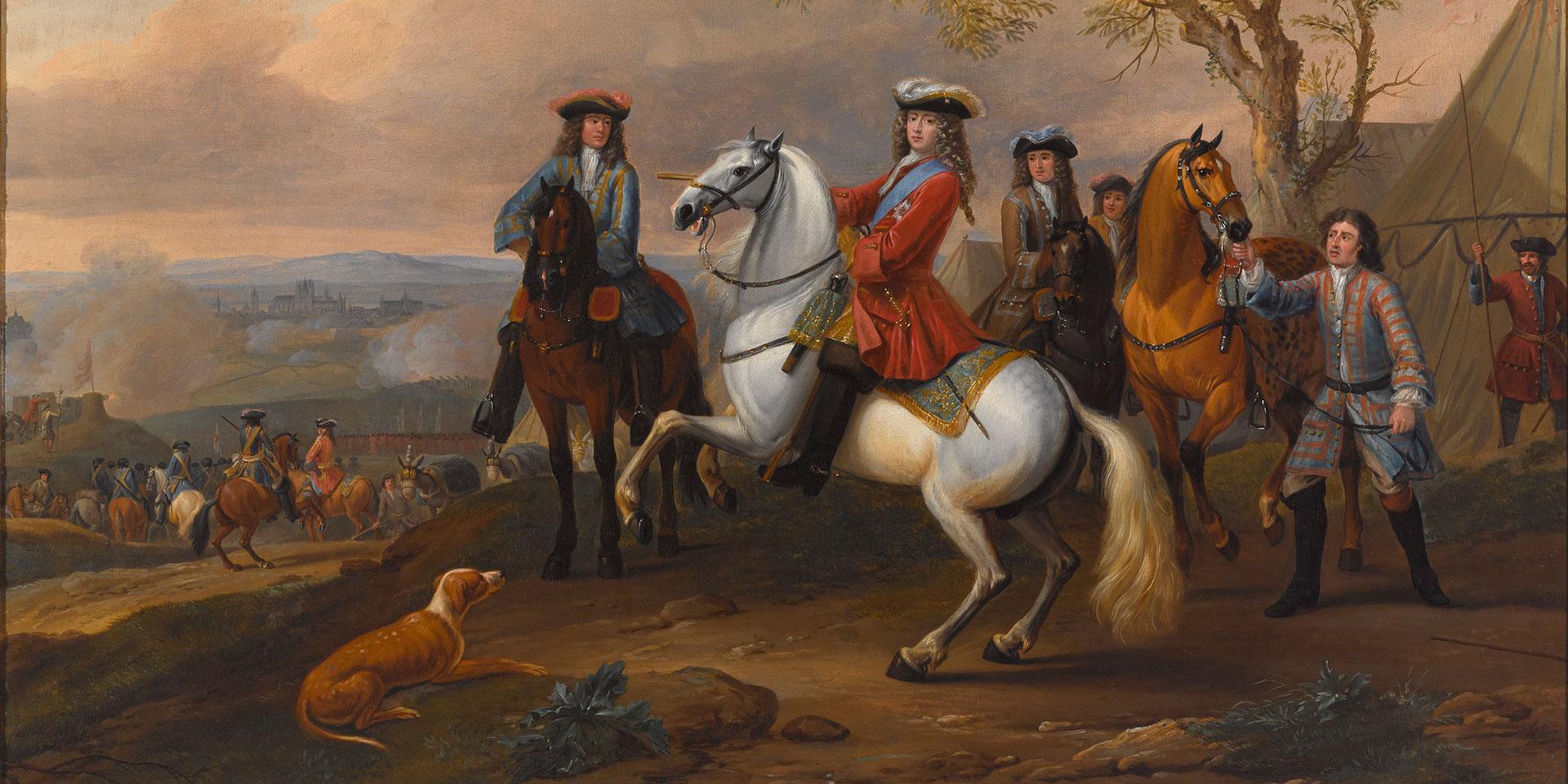 The son of a gentry family impoverished in the Civil War, John Churchill (1650-1722) joined the Army in 1667. He rose steadily, acting as second-in-command at the Battle of Sedgemoor (1685) and later commanding English troops in Flanders and Ireland during the Nine Years' War (1689-97).

But his greatest success came in the War of the Spanish Succession (1701-13), where Britain fought with a coalition of European powers to contain French expansion.

The Duke of Marlborough, c1702

In 1702, Marlborough was appointed Captain-General of the allied forces. Although one of England’s senior generals, he was not a natural choice, and was even regarded as reckless by some of his contemporaries.

He was soon to prove that, unusually for a commander of his era, he was prepared to manoeuvre to bring about a decisive battle, and was then able to react quickly and decisively as the tactical situation developed.

In 1704, to relieve French pressure on his Austrian allies, Marlborough marched his army some 400km from Flanders to Bavaria. There, he joined forces with the Imperial general Prince Eugene of Savoy. Their combined armies faced the French near the village of Blenheim.

Although outnumbered and facing an enemy in a strong natural position, Marlborough nevertheless attacked. Realising that the French position did not allow troops to be moved easily around the battlefield, he pinned down the French flanks and then delivered a crushing blow against his enemy’s weakly defended centre.

The French army suffered its first major defeat in 40 years, sustaining over 30,000 casualties and having its commander-in-chief captured.

'The Duke of Marlborough’s attention and care was over all of us.' Corporal Matthew Bishop, 1708 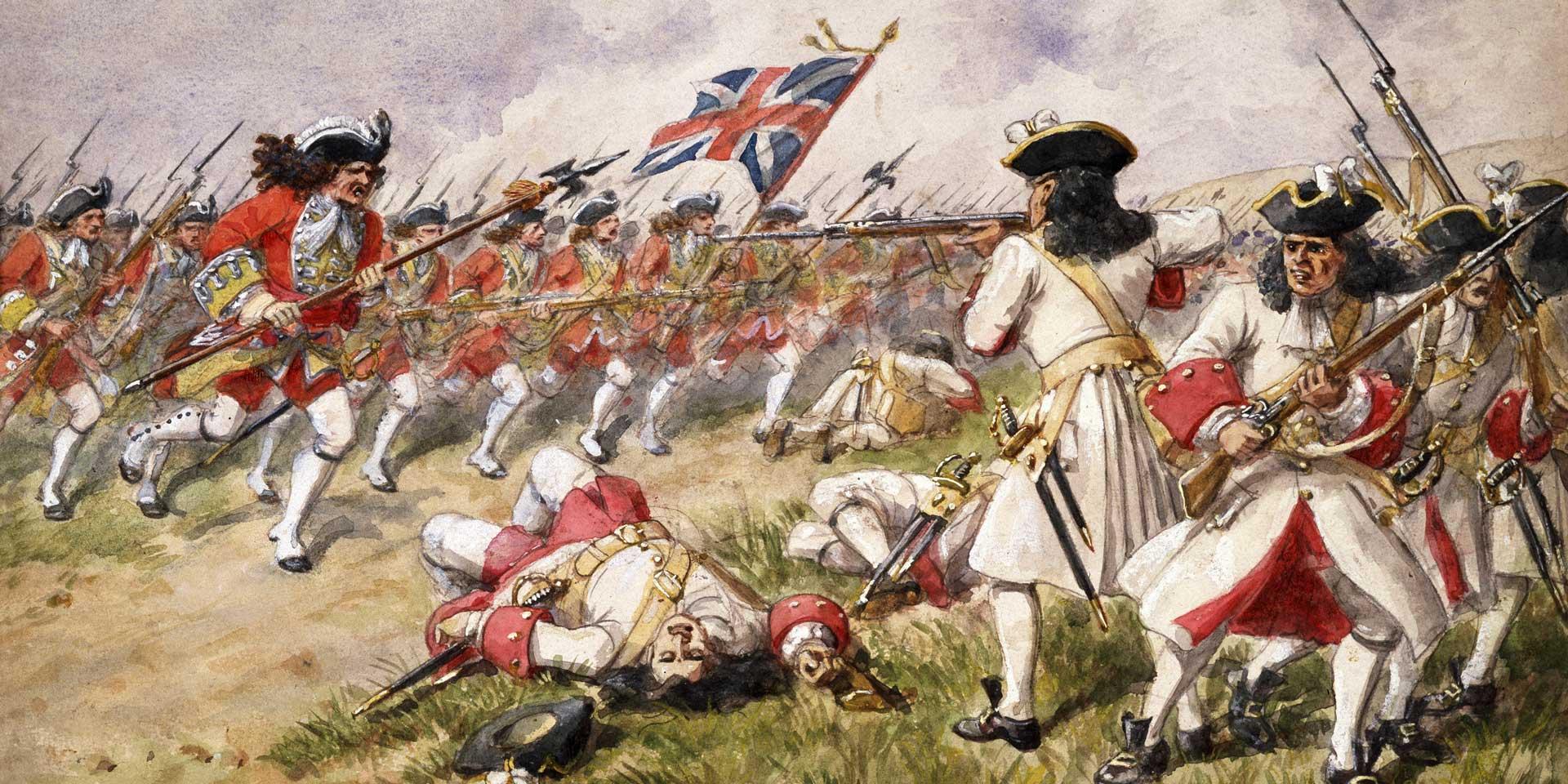 In 1706, Marlborough repeated this feat at the Battle of Ramillies. After launching an attack on the French left flank, he skilfully transferred troops, out of sight of the French, to reinforce his centre, where he then attacked and broke the enemy line.

He followed up this victory with four successful sieges, which allowed the allies to control the entire Southern Netherlands. It was the most successful campaign of Marlborough's career.

By skilful battlefield manoeuvres, Marlborough achieved another crushing victory at Oudenarde in 1708. Although the allies suffered massive casualties in the drawn Battle of Malplaquet in 1709, French expansion had been finally halted.

Letter from the Duke of Marlborough about the impending Siege of Dendermonde, 24 August 1706

Storming the wooden palisades at Malplaquet, 1709

At home, however, support for the war started to wane. A new government had entered office and was anxious for peace. Queen Anne had also banished the Duchess of Marlborough from court. Without influence, her husband was dismissed at the end of 1711.

Although restored to favour under King George I, Marlborough was already a sick man. He lived mainly in retirement until his death in 1722.

Marlborough’s battlefield successes were combined with personal courage, wider organisational and political skills, a gift for logistical planning, and the ability to co-operate effectively with his allies.

This was especially true with the Dutch. They contributed the largest number of troops to Marlborough’s army, and were largely responsible for keeping it supplied.

Marlborough was always concerned about the welfare of his soldiers and was thus able to gain their trust and confidence. These many qualities ensure his reputation as one of Britain’s greatest generals.

Marlborough gives orders to his troops at Malplaquet, 1709 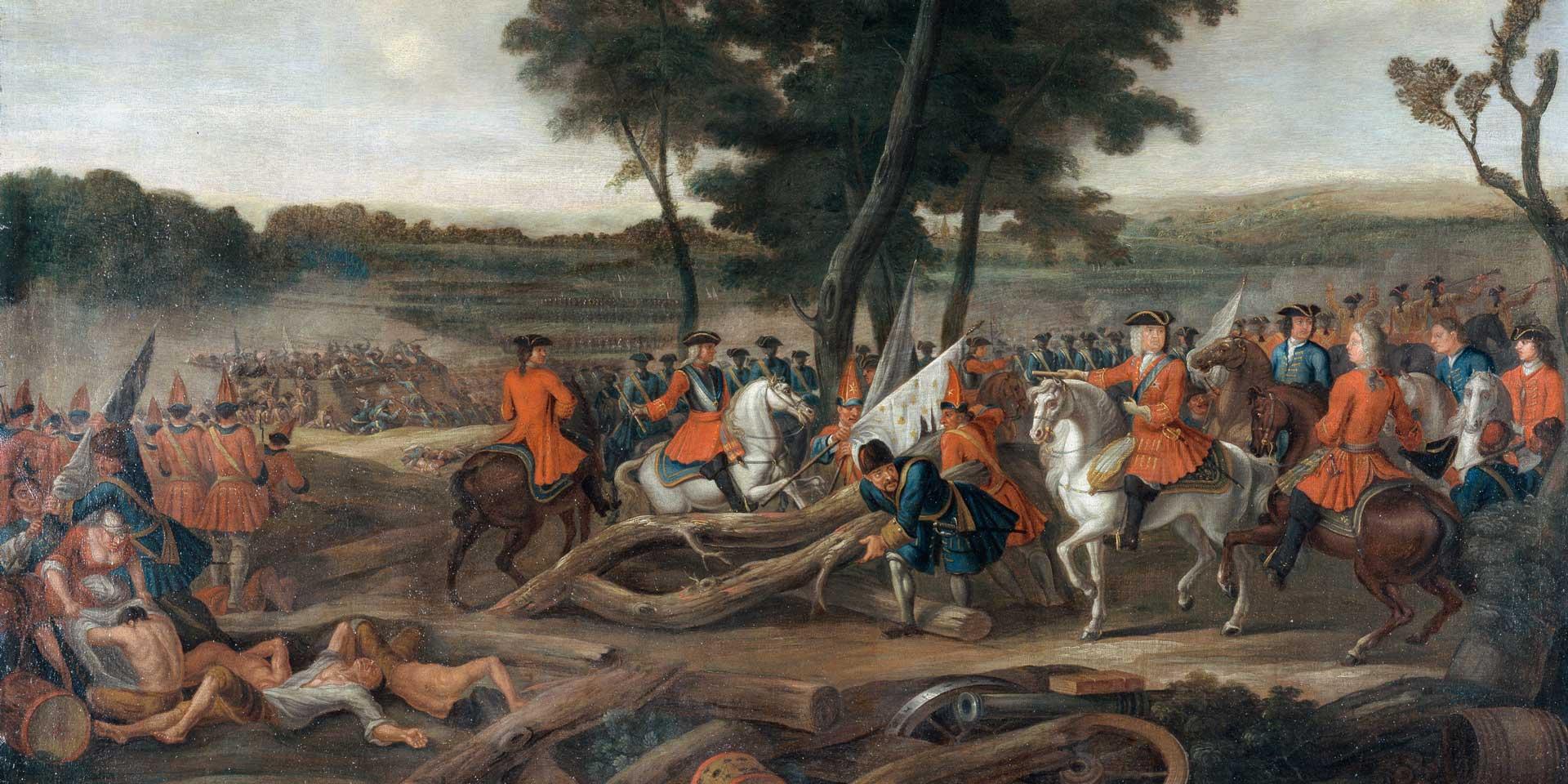 Marlborough gives orders to his troops at Malplaquet, 1709