A courageous, resourceful and ruthless military commander, Major-General Robert Clive helped secure an Indian empire for Britain. He eventually became an imperial statesman, but also a greedy speculator who used his political and military influence to amass a fortune. 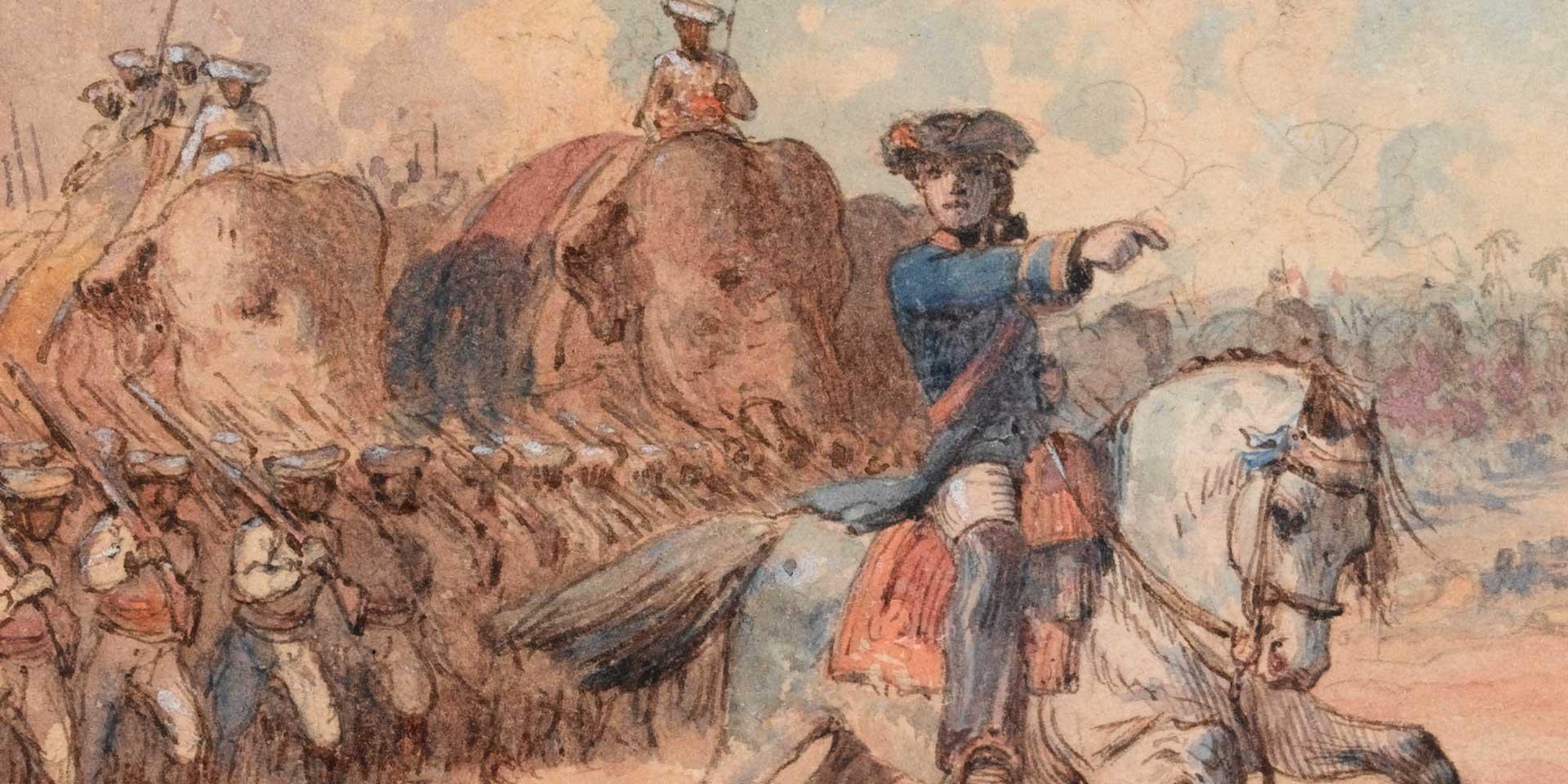 Robert Clive’s (1725-74) first career was as a Writer (clerk) in the East India Company’s civil service at Madras. This ended in 1746, when it was taken over by the French.

Clive became an ensign in the Company’s service the following year. He briefly returned to the civil establishment in 1749, before re-entering the military as a brevet captain in 1751.

Clive had no formal military training. He first came to prominence for his heroic defence of the Carnatic’s capital of Arcot in October 1751 against the French. This helped establish British power in southern India.

As a lieutenant-colonel Clive then commanded the expedition sent to recover Calcutta from Nawab Siraj-Ud-Daulah in December 1756. The fortress of Baj-Baj was quickly taken with minimal British casualties. Shortly afterwards, on 2 January 1757, Calcutta itself was captured.

Clive’s greatest victory was at Plassey on 23 June 1757. The Nawab, having resumed the war, commanded 50,000 men. The Company’s army was about 3,000-strong. The Nawab’s opening cannonade was out of range, while various skirmishes were inconclusive.

Most importantly, Mir Jafar, who commanded the Nawab’s cavalry, refused to fight. Clive, and his Indian banker allies the Jagat Seths, had secretly offered to make him the new Nawab of Bengal, if Siraj was defeated.

By the end of the day, Clive was in a position to rout the Nawab’s disheartened forces. Mir Jafar was appointed Nawab, although he was little more than a puppet ruler.

‘We had lost our glory, honour, and reputation everywhere but India: there the country had a heaven-born general, who had never learned the art of war, nor was his name enrolled among the great officers who had for many years received their country’s pay; yet was he not afraid to attack a numerous army with a handful of men.’ Prime Minister Pitt the Elder, 1757

Clive served twice as Governor of Bengal (1758-60 and 1764-67). His first administration witnessed the virtual plundering of the province and he returned to Britain to be denounced in Parliament as a corrupt 'nabob'.

Despite the political attacks, he was created Baron Clive of Plassey in 1762 and made a Knight of the Bath in 1764.

During his second administration he consolidated Company rule in Bengal. A shrewd political operator, he obtained from Emperor Shah Alam II the right to gather land taxes and customs duties in 1765. This confirmed British military supremacy in the region, making the Company ruler of India’s richest province.

To collect the taxes and police its territories, the Company created a huge civil and military administration. As part of this process Clive served as Commander-in-Chief Bengal, with the local rank of major-general. He did much to organise and train the Company’s army on European lines, turning it into a formidable force.

Entitled ‘The Madras Tyrant, or the Director of Directors’, this satire attacked Clive for his greed and misrule, 1772

Although he later attempted to reform the Bengal administration and reduce corruption, Clive was subjected to further political attacks on his return home in 1767.

General John Burgoyne, Edmund Burke and other MPs accused him of running a corrupt administration, to which he responded: ‘I stand astonished at my own moderation.’

Despite a ringing Parliamentary resolution in his favour, a combination of illness and depression probably led him to take his own life on 24 November 1774. When he died, his fortune was worth about £500,000 (around £33 million today). 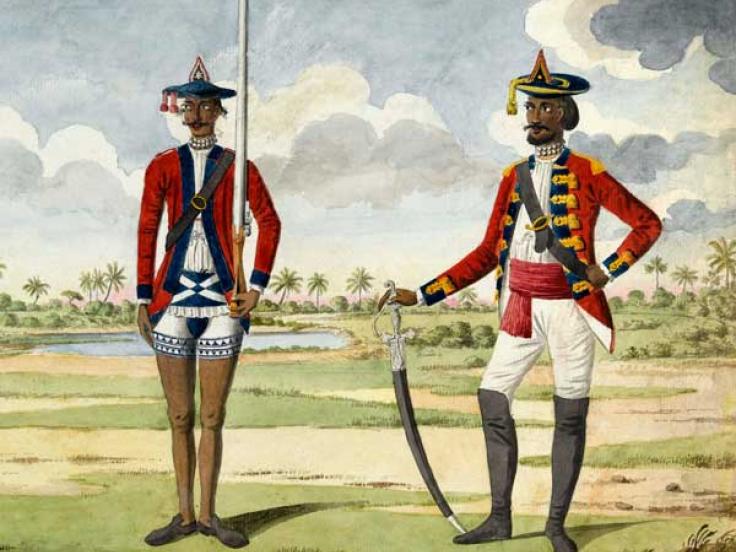