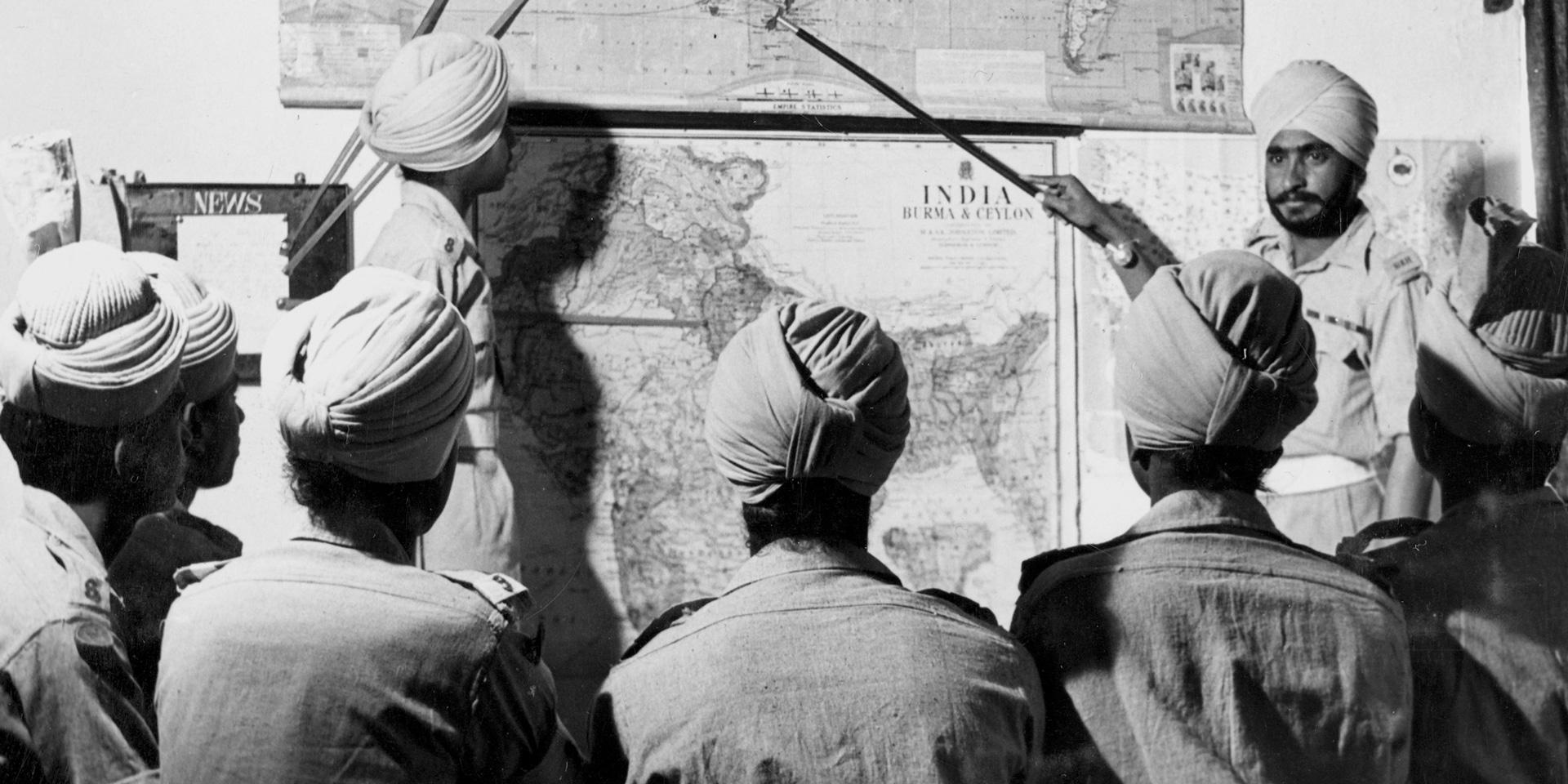 The long campaign for Indian independence, which had begun with the Indian Mutiny (1857-59), grew in intensity following the Second World War (1939-45). Indians increasingly expected self-government to be granted in return for their wartime contribution. But with this came serious inter-communal violence between Hindus, Sikhs and Muslims.

The recently elected government in Britain was determined to grant independence and hoped to leave behind some form of united India. But, despite repeated talks, the mainly Hindu Indian National Congress and the Muslim League could not agree on the shape of the new state.

Mahatma Gandhi and other members of the Indian National Congress, 1939

Clement Attlee, Prime Minister when India and Pakistan gained their independence in 1947

After another failed conference in 1946, Muslim League leader Muhammed Ali Jinnah called for ‘direct action’ to create a Muslim state. Violence escalated and the threat of civil war loomed.

In August of that year, six British battalions had to be deployed in Calcutta. They took nearly a week to restore order. The violence quickly spread to Bombay, Delhi and the Punjab.

'The whole country was mad with… this blood lust.’ Lieutenant-Colonel Douglas Gray, 1990

Eventually, the British concluded that partition was the only answer. On 2 June 1947, the last Viceroy of India, Admiral Lord Louis Mountbatten, announced that Britain had accepted that the country should be divided into a mainly Hindu India and a mainly Muslim Pakistan, encompassing the geographically separate territories of West Pakistan (now Pakistan) and East Pakistan (now Bangladesh).

The 'Princely States of India', not directly ruled by the British, were given a choice of which country to join. Those states whose princes failed to join either country or chose a country at odds with their majority religion, such as Kashmir and Hyderabad, became the focus of bitter dispute. 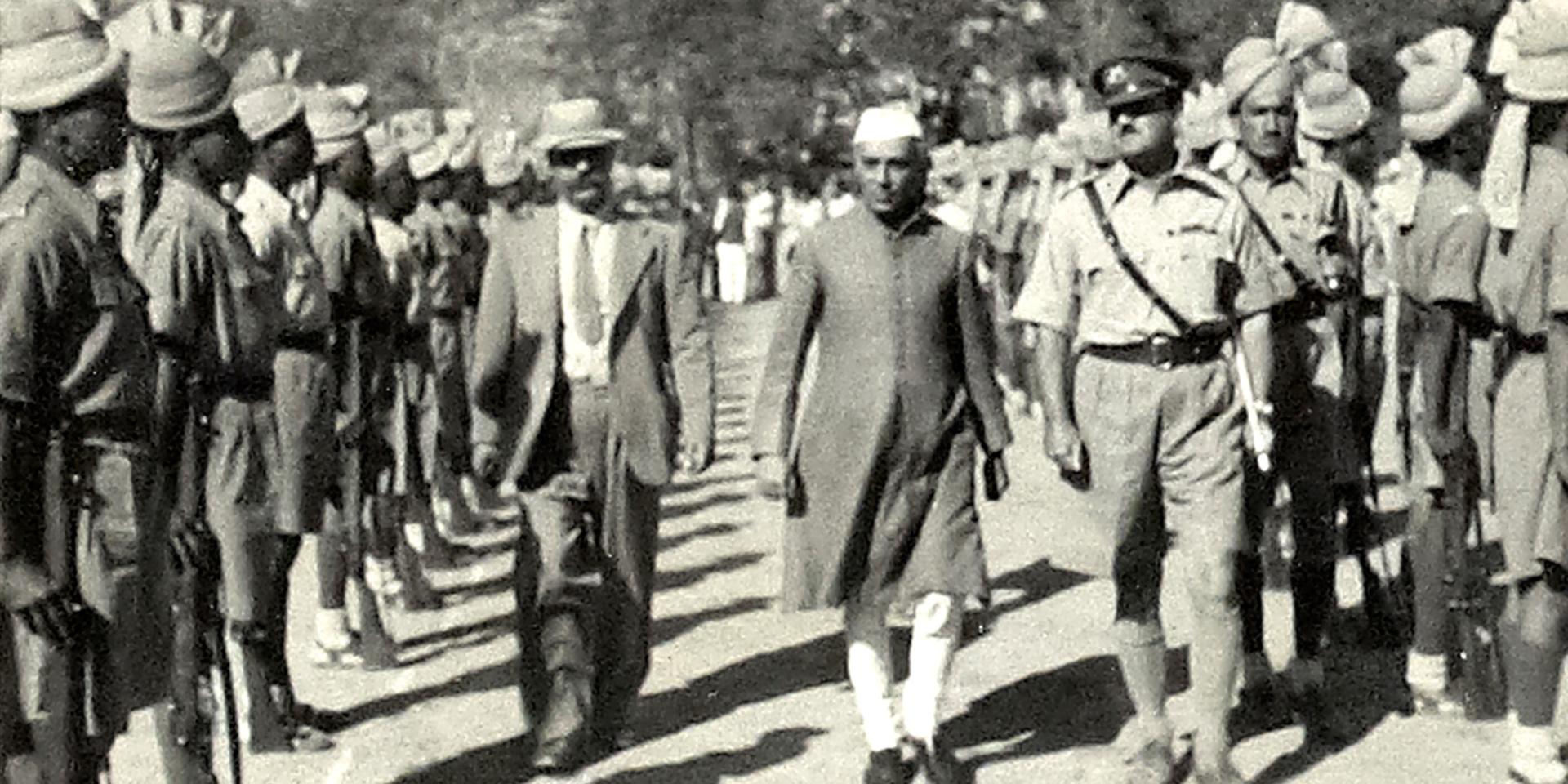 Mountbatten confirmed the date for independence as 15 August 1947. As soon as this was announced, British troops were withdrawn to their barracks. In the weeks leading up to independence, responsibility for maintaining law and order was handed over to the Indian Army.

This was a chiefly British-officered force with other ranks recruited from across the subcontinent. As well as attempting to keep the peace, they helped administer referendums in the North-West Frontier Province and Assam.

'The ordinary Indian soldiers are terribly worried especially whose homes are in the Punjab. They are getting no news from home and… members of minority communities are very fearful for their families.’  Lieutenant-Colonel Herbert Hill, 1947

Partition meant that millions of people found themselves on the ‘wrong’ side of the borders. Ten million became refugees in what was the largest population movement in history. Muslims travelled to Pakistan; Sikhs and Hindus to India. Up to a million of these refugees were killed in a series of horrific massacres in the border regions.

Some of the worst atrocities took place in the Punjab. Despite the efforts of the 55,000-strong Punjab Boundary Force, over 200,000 people were murdered.

Mountbatten was later criticised for rushing the partition process and failing to tackle the migration and communal violence that attended the birth of the new nations.

'When we cleared it, we counted 2,400 identifiable bodies and I don’t know how many more heads and arms and legs and everything there were, they’d all been hacked to pieces. Blood was running out of the doors.’ Captain Edward Walsh describing a massacre of Muslims on a train in the Punjab, 1992

The end of British rule in India also spelled the end of the existing Indian Army and its administration. Field Marshal Sir Claude Auchinleck oversaw the division of this force.

Individual units were split up. The 19th Lancers in Pakistan exchanged their Jat and Sikh troops for Muslims from Skinner’s Horse in India.

'They had this terrible problem of getting the Hindu squadrons out without them being murdered by the Pathans. And this is where the loyalty within a regiment played such an important part, and the Muslim Punjabi Squadron protected the other two squadrons and eventually… they smuggled them out one night.' Major Edward McMurdo Wright, 1991

Following independence, British Army regiments were gradually withdrawn from the subcontinent. This included a well-planned and orderly withdrawal from Waziristan and other tribal regions of the North-West Frontier.

The last unit to leave India was the 1st Battalion, Somerset Light Infantry (Prince Albert’s), which embarked at Bombay on 28 February 1948.

Programme for the final 'Farewell to British Troops', Bombay, 28 February 1948

Although these units were now available for other duties, Britain’s global military capability was actually reduced, as it no longer had the Indian Army at its disposal.

Many British officers were sad to leave India and their Indian soldiers.

'The awful thought was that I was leaving India in those circumstances… and leaving Skinner’s Horse people behind. And one of them actually came to me and, with a pleading look, he said, “But Sahib, we fought for you in a war, why don’t you fight for us and do something?” and… I nearly burst into tears.’ Lieutenant Colonel Douglas Gray, 1990

India and Pakistan’s independence at midnight on 14-15 August 1947 was a key moment in the history of the British Empire. India had been its cornerstone and many colonies had been secured in order to protect the trade routes to it.

What's more, the British withdrawal was clearly seen as a precedent by other parts of the Empire. This hastened their own calls for independence. 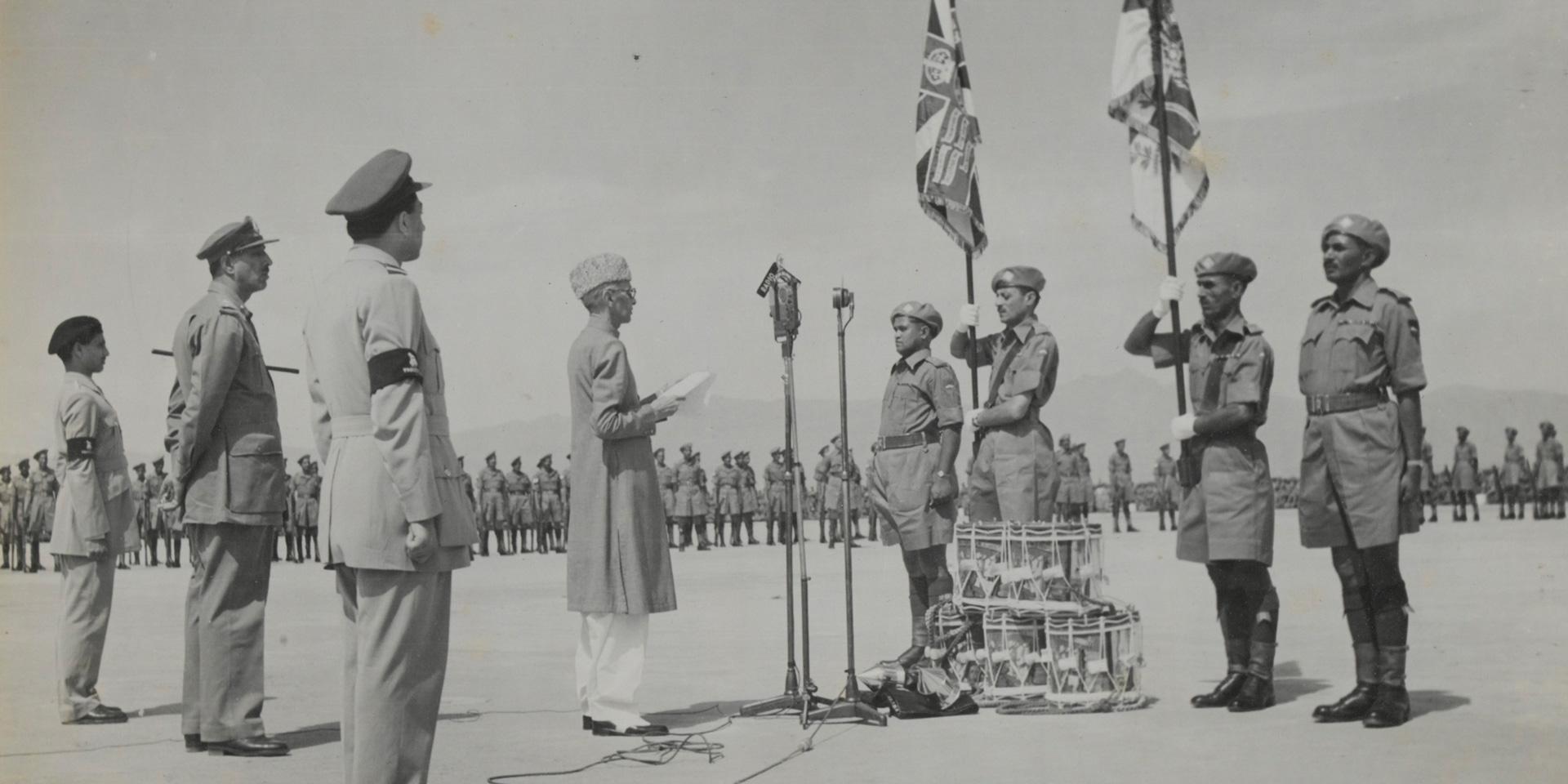 Almost immediately after independence, tensions between India and Pakistan began to boil over. The first of three full-scale wars between the two nations broke out over the princely state of Kashmir. The Maharaja there was reluctant to join to either India or Pakistan. Pakistan therefore sponsored a tribal invasion aimed at annexing the state.

Tribal irregulars from the North West Frontier bound for Kashmir, 1947

Naik Nand Singh won the Victoria Cross in Burma in 1944, but in 1947 he was killed fighting Pakistani forces in Kashmir

The Maharaja appealed to India for help, which was granted on the condition that he accede to India. Indian troops were airlifted into Srinagar and managed to repel the Pakistani invaders.

A bitter war raged across the state until a United Nations-sponsored ceasefire in 1948. Former comrades in the old Indian Army found themselves fighting each other.

The Kashmir issue still remains unsolved and is the cause of much tension on the subcontinent today.