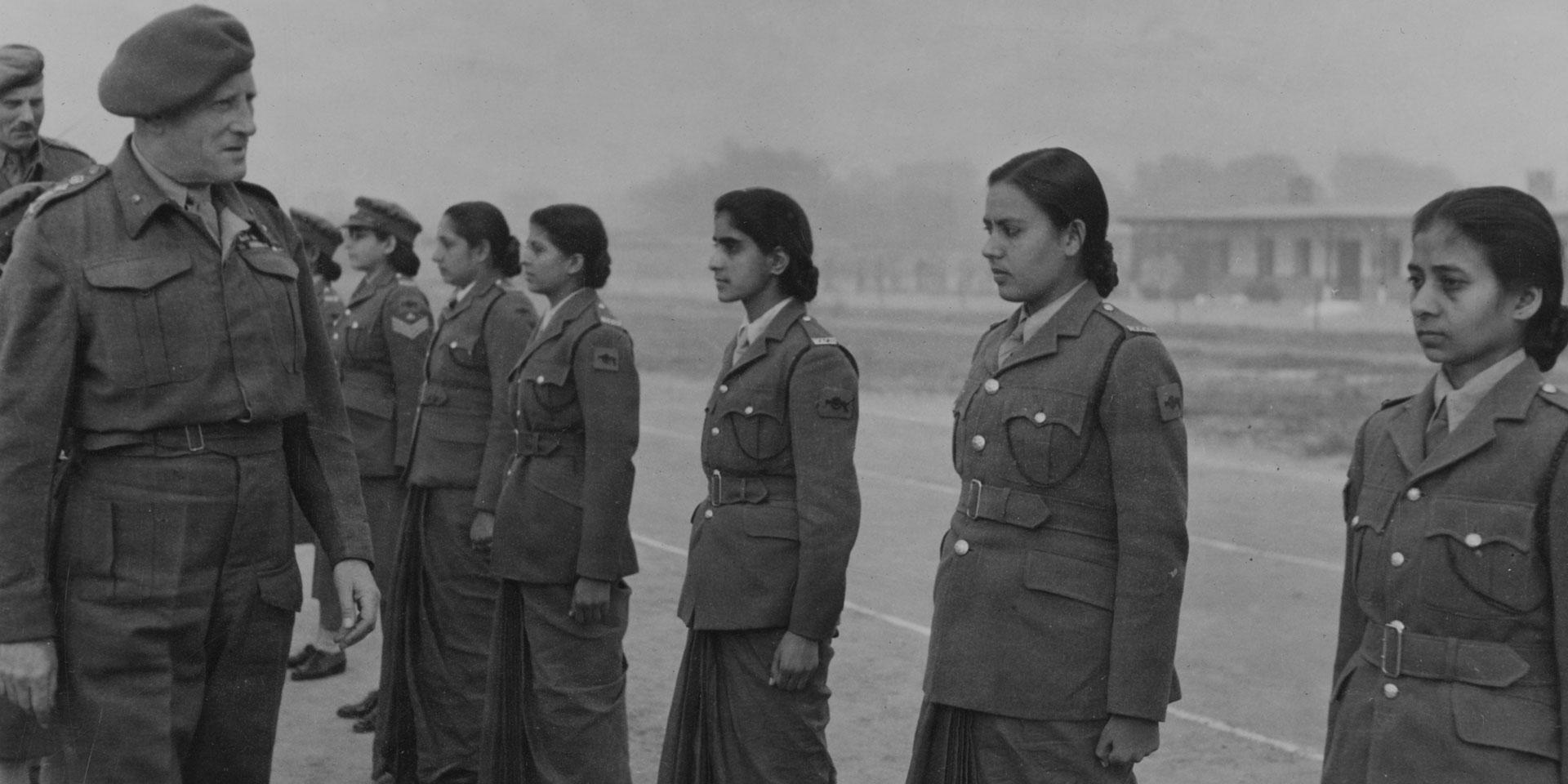 Auchinleck (1884-1981) was born into a military family. After graduating from Wellington College, he entered Sandhurst. Then, in 1904, he gained his commission in the 62nd Punjab Regiment.

During his early career in India, Auchinleck became popular for his aptitude for learning local languages and his easy rapport with ordinary Indian soldiers. He developed an intimate knowledge and love of India, its people and culture.

During the First World War (1914-18), Auchinleck saw action in the Middle East and in the hard fought campaign in Mesopotamia. He received a Distinguished Service Order for his efforts.

He learnt much from his experiences in Mesopotamia, realising that soldiers' health and fitness were critical to an army's effectiveness, and becoming convinced that adequate rest, hygiene, food and medical supplies were essential.

He also witnessed the difficulties of launching poorly prepared attacks against well-armed, dug-in defenders. This influenced his later reluctance to undertake the sort of hasty actions advocated by Winston Churchill and others.

Sketch of attack on the Sannaiyat position in Mesopotamia by Captain Claude Auchinleck, 22 April 1916

During the inter-war period, he was an instructor at the Quetta Staff College. He also saw service on India’s troublesome North-West Frontier. In 1934, he was awarded a CB (Companion of the Most Honourable Order of the Bath) for his leadership of a brigade in the Mohmand area the previous year.

A major-general on the outbreak of war in 1939, he commanded the troops involved in the ill-fated Narvik expedition (1940). Next, he served in England, first as a corps commander and then as head of Southern Command.

Promoted to general in November 1940, Auchinleck was appointed Commander-in-Chief India. His swift dispatch of soldiers to deal with the uprising in Iraq (1941) won him Prime Minister Winston Churchill’s approval.

‘The Auk’, as he was nicknamed, was Commander-in-Chief Middle-East Forces between July 1941 and August 1942, where he experienced mixed fortunes.

His initial success, with Operation Crusader in November 1941, was overshadowed by the subsequent retreat following the Gazala battles and the loss of Tobruk. His relationship with General Neil Ritchie, commander of Eighth Army, was strained and he eventually relieved him of command in June 1942.

Taking personal control of Eighth Army, he checked the German advance at the First Battle of Alamein, but was unable to co-ordinate a successful counter-attack. This, along with his poor relationship with many senior British and Dominion officers in Eighth Army, led to him being relieved of command.

Perhaps his main failing in North Africa was appointing a number of senior commanders who proved to be unsuitable for their positions, or who had personality clashes with other colleagues in Eighth Army.

‘Your achievement in stopping the rot in a beaten army, in restoring morale so speedily, in wresting the initiative from a triumphant enemy, and inflicting on him crippling losses, will one day be recognised.’ General Thomas Corbett on Auchinleck’s departure from Eighth Army, 1942

In June 1943, Auchinleck once more accepted the post of Commander-in-Chief in India. During his second tenure, he did much to mobilise India’s resources for war, particularly the supply and reinforcement of General William Slim’s Fourteenth Army in Burma.

‘It was a good day for us when he took command of India, our main base, recruiting area and training ground. The Fourteenth Army, from its birth to its final victory, owed much to his unselfish support and never-failing understanding. Without him and what he and the Army of India did for us we could not have existed, let alone conquered.’ Field Marshal William Slim on Auchinleck, 1956

Despite his dislike of the post-war partition of India, Auchinleck helped prepare the Indian Army for its division into the armies of Pakistan and India. On 1 June 1946, he was promoted to field marshal. But he refused to accept a peerage, not wanting to be associated in the public mind with a policy he believed to be mistaken.

Auchinleck returned to Britain in 1948. In later years, he emigrated to Marrakesh, where he died at the age of 96.