This infantry unit was raised in 1688 and subsequently served in many British Army campaigns during its long history. In 1964, it was amalgamated with three other regiments of the East Anglian Brigade to form The Royal Anglian Regiment. 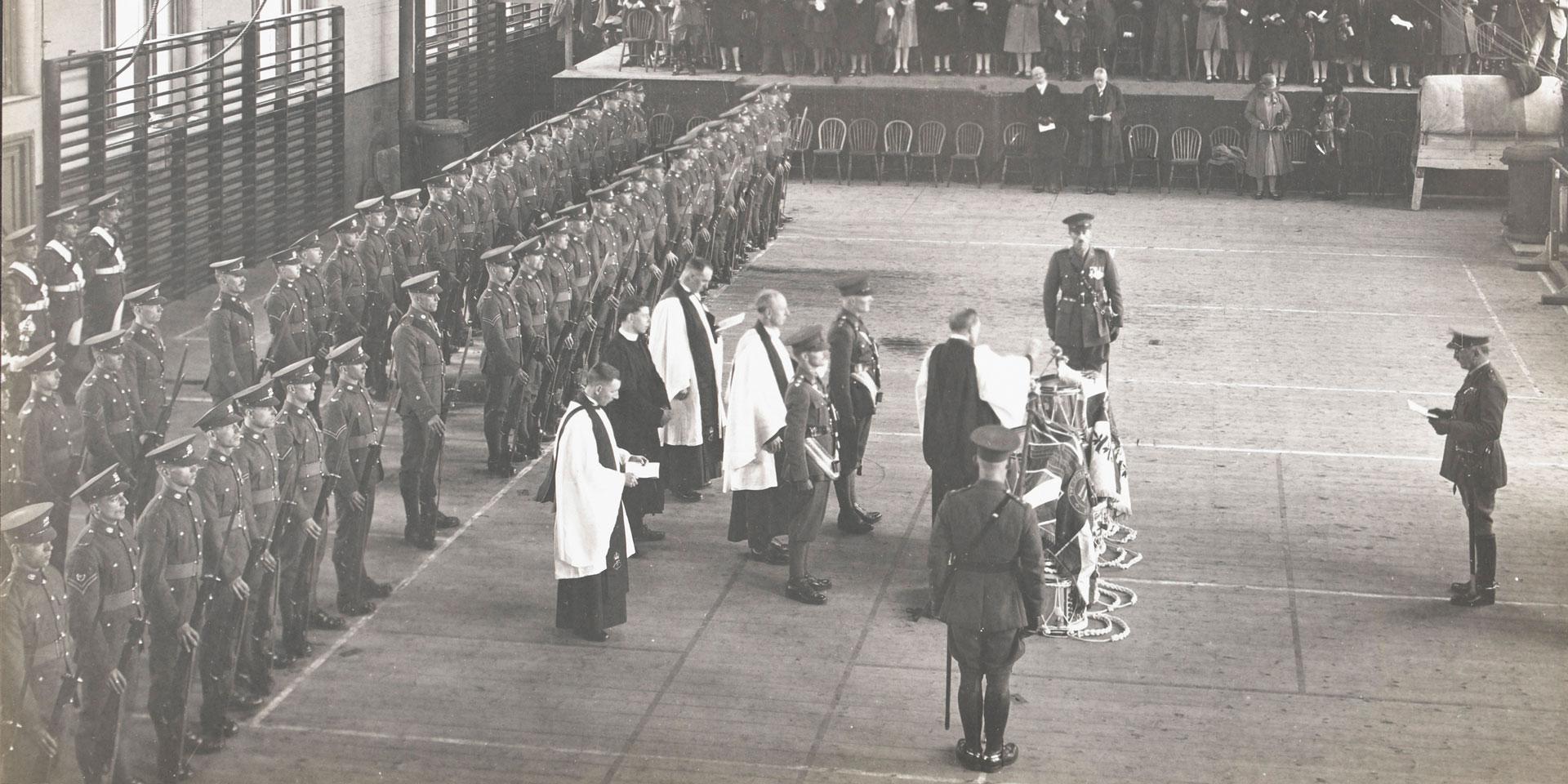 In 1688, King James II ordered the raising of several new regiments to strengthen his weakening grip on the throne. One of these was formed in London by Solomon Richards. However, it quickly went over to James’s rival and son-in-law, William of Orange.

Throughout the Nine Years War (1689-97), it fought against James and his allies, first in Ireland, then in Flanders from 1694. The latter service included the Siege of Namur (1695). The regiment returned to Ireland again in 1697.

On the outbreak of the War of the Spanish Succession (1701-14), the regiment was sent back to Flanders. It then moved to Spain, where it suffered heavy losses at Almanza (1707).

It was in Ireland again in 1714 and 1721, interrupted by a posting to Scotland to fight against the Jacobite Rebellion of 1715, seeing action at Sheriffmuir in November.

The regiment garrisoned Minorca from 1725 to 1748, followed by another spell in Ireland. In 1751, it was renamed the 17th Regiment of Foot, officially recognising its position in the line infantry order of precedence.

On the outbreak of the Seven Years War (1756-63), it embarked for Nova Scotia, where it fought at Louisburg (1758) under General James Wolfe. It was also present at the surrender of Montreal in 1760.

It served in the West Indies from 1761, taking part in the captures of Martinique and Havana (both 1762). It then returned to North America, before heading home in 1767.

In December 1776, the 17th Foot was back in North America. It fought in many of the major battles of the American War of Independence (1775-83), including Long Island (1776) and Germantown (1777). It also earned a laurel wreath on its insignia in recognition of its conduct during the British defeat at Princeton in 1777.

It continued to fight in America until 1781, when it was captured at Yorktown and interned for two years. On its release, it was deployed straight to Nova Scotia and only returned to Britain in 1786.

In 1782, it received a county affiliation, becoming the 17th (Leicestershire) Regiment of Foot.

During the opening stages of the French Revolutionary Wars (1793-1802), it served in the West Indies. A 2nd Battalion, raised in 1799, immediately accompanied 1st Battalion on the Helder Expedition, before disbanding three years later.

In 1804, the regiment began its first Indian deployment. It stayed there for 18 years, fighting in the Gurkha War (1814-16) and the Third Maratha War (1817-18). Following its return to England, it was awarded a Royal Tiger on its cap badge.

After s pell of home service, the regiment served in the Crimea (1854-55), including the Siege of Sevastopol in 1855. The following year, it moved to Canada for nine years. It was there during a period of high alert known as the Trent Affair, which almost brought Britain into the American Civil War (1861-65).

The regiment raised a new 2nd Battalion in 1858, which also served in Canada from 1862, fighting against the Fenian Raids across the American border. It later served in Burma, undertaking several anti-guerilla actions in the 1880s following the British annexation of Upper Burma.

1st Battalion deployed to India again in 1870, going on to serve during the Second Afghan War (1878-80) where it helped capture the fortress of Ali Masjid in the Khyber Pass, and undertook two expeditions into the Bazar Valley.

During the Army reforms of 1881, it was renamed The Leicestershire Regiment. As it already had two battalions of its own, it wasn’t merged with any other unit.

1st Battalion served in South Africa throughout the Boer War (1899-1902), helping to defend Ladysmith (1899-1900) before joining the campaign in the Orange Free State. It was then posted to India again in 1902.

1st Battalion spent the whole of the First World War (1914-18) on the Western Front, arriving in August 1914 and going on to fight in many of the major battles of the campaign.

In October 1914, it was joined by 2nd Battalion, which remained in France and Flanders until late 1915. It then served in Egypt, Mesopotamia and Palestine, where it assisted in the final defeat of the Turks.

The regiment eventually raised 19 Reserve, Territorial, New Army, Labour and Garrison battalions. These served at home stations, on the Western Front and in the Middle East.

1st Battalion spent the immediate post-war years in Ireland during its War of Independence (1919-21) before shifting to England, Egypt and India. The latter deployment included active service on the North-West Frontier in 1936.

The band of the Leicestershire Regiment, c1920

1st Battalion deployed from India to Malaya in 1941, but suffered such heavy casualties there that it had to amalgamate with 2nd Battalion, The East Surrey Regiment in December 1941, forming the British Battalion.

In February 1942, the British Battalion was captured at Singapore. Three months later, The Leicestershire Regiment’s 8th Battalion was renumbered 1st to replace it. This unit went on to fight in North-West Europe from September 1944 until the end of the European conflict.

The Territorial 1/5th Battalion took part in the disastrous Norwegian campaign in 1940, while the 2/5th fought in France in 1940 before being evacuated from Dunkirk. It later served in Tunisa (1943) and Italy (1943-45). The latter service included the Battle of Monte Cassino (1944).

In 1946, The Leicestershire Regiment was given a ‘Royal’ prefix in honour of its extensive wartime service. Two years later, it became a single-battalion regiment within the new Forester Brigade (originally known as the Midland Brigade).

The regiment went on to garrison Germany with the British Army of the Rhine on four separate occasions in the years that followed. It also garrisoned Hong Kong (1949-51) and fought in Korea in 1951-52.

It served in a peacekeeping role in Cyprus during 1955-56. Earlier in 1955, it had garrisoned Sudan, becoming the last British unit to leave that country. During 1963-64, the regiment deployed to North Borneo during the Indonesian Confrontation (1963-66).

The Royal Leicesters resting after the action at Long Semado, Sabah, North Borneo, 1964

Explore the history and collections of The Royal Leicestershire Regiment by visiting Newarke Houses Museum in Leicester. 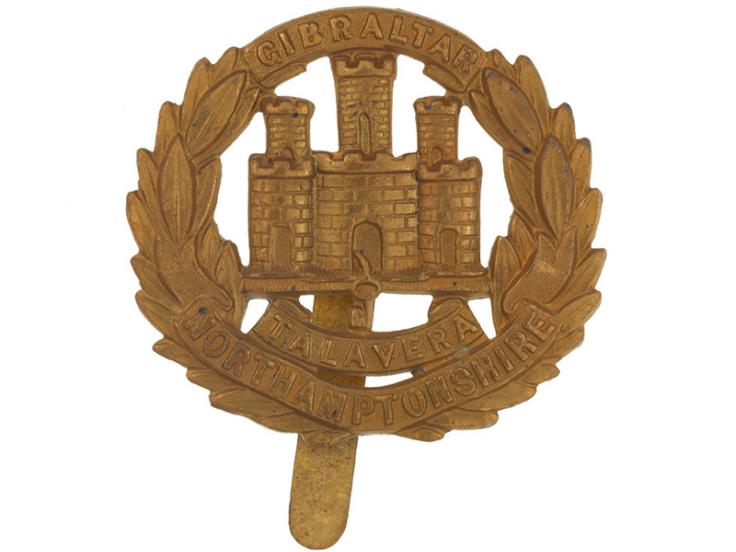 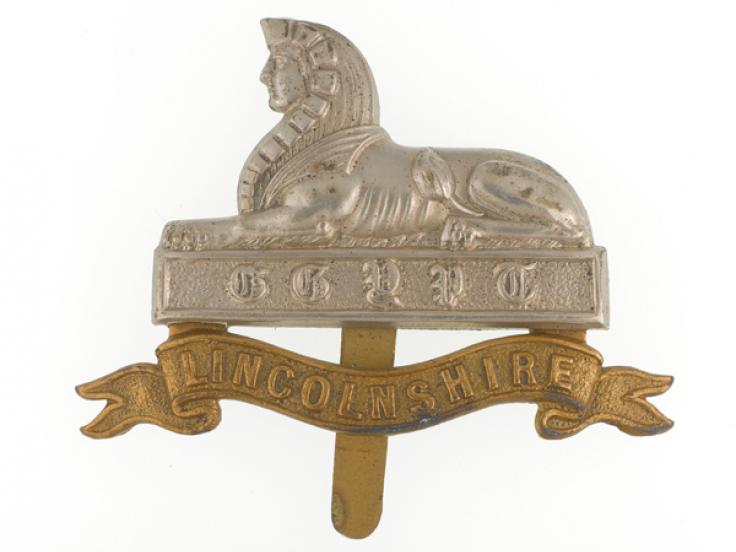 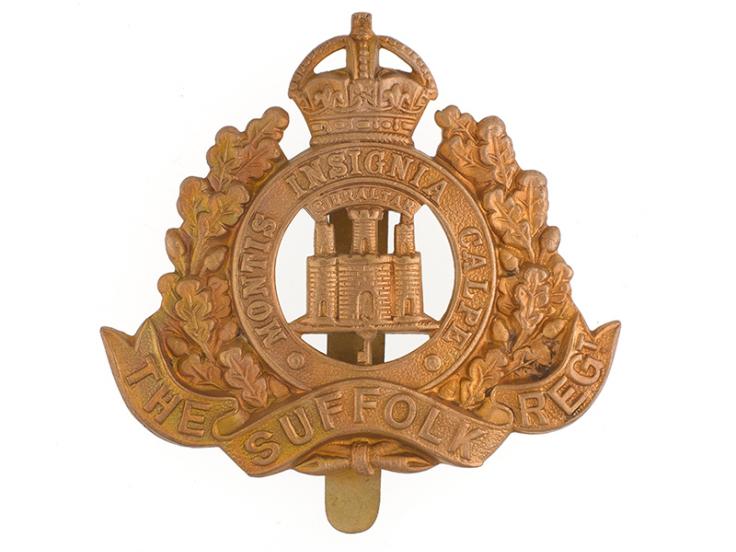 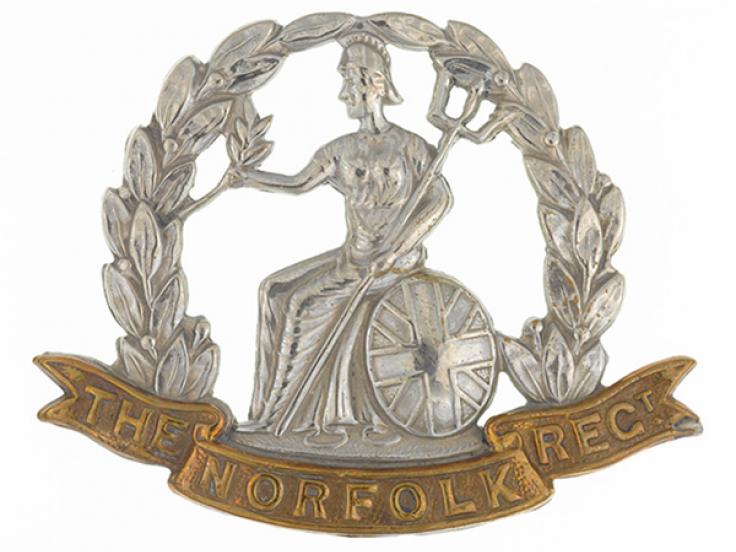