In case of emergency: The Army and civil enforcement

Today, we welcome the assistance the British Army provides to civil authority, whether by supporting national events, resolving crises or protecting against civil threats. But for a long time, its involvement in maintaining order was hugely unpopular. Here we explore how Britain has often had to rely upon the Army in case of emergency.

A soldier of The Parachute Regiment patrols with a police officer during Operation Temperer, May 2017

A soldier of The Parachute Regiment patrols with a police officer during Operation Temperer, May 2017

An aid to civil authority

Today, we trust the Army and its soldiers to act to maintain vital supplies and emergency services. We welcome them when normal civilian resources are exhausted or have broken down. And we rely on them in times of national emergency to maintain order.

In 2012, the British Army drafted in over 18,000 soldiers to support the 2012 London Olympic Games when security company G4S admitted they could not provide enough guards. In 2014, soldiers assisted the Environment Agency in dealing with severe flooding in Hampshire, and have provided similar support since.

Shoulder badge worn by soldiers during the London Olympic Games, 2012

After the terrorist incident at Westminster on 22 March 2017, police immediately assured the nation that they could call upon the Army to provide support if required.

Following the Manchester Arena bombing in May 2017, the police asked the Secretary of State for Defence to implement Operation Temperer and deploy soldiers to support its officers in protecting the public.

Working under police command, military personnel guarded key public locations, such as Buckingham Palace and the Houses of Parliament, in order to free up armed officers for patrol duties.

'London will see extra police officers - both armed and unarmed - out on our streets… We can call on the support of the military should we need to at a future point.'  Acting Deputy Commissioner Mark Rowley after the Westminster terrorist attack, 22 March 2017

Soldiers can only be asked - and not compelled - to assist by government authorities, and only as a last resort when normal emergency planning has been overwhelmed.

We see the Army’s assistance as serving society in a positive way. But this has not always been the case. There is a long history of soldiers being used to put down civil unrest or subdue public disorder on home soil. This has sometimes been very unpopular, especially when soldiers have turned their weapons on civilians.

The late 18th and 19th centuries witnessed major social and political unrest. The Industrial Revolution caused economic distress as older trades declined and traditional social ties were eroded. Thousands of people flocked to new towns, and demanded political and economic reform. In the countryside, mechanisation and enclosure led to unemployment and unrest.

Before the 1830s, Britain had no organised police force. Law enforcement in Britain was a local initiative that was supported by the Army. This made soldiers very unpopular. Troops were routinely used against civilians, sometimes with fatal results.

On 16 August 1819, a mass meeting calling for proper parliamentary representation and the repeal of the restrictive Corn Laws was held at St Peter's Field in Manchester. Local magistrates were concerned that it would end in a riot or rebellion, and called on soldiers to disperse the crowd and arrest the agitators by any means.

As the cavalry cut through the crowd of over 60,000 with sabres, 11 people were killed and over 400 injured - many trampled by mounted troops.

This medal, issued to commemorate the massacre, includes the dedication ‘They have cut down the poor and needy and such as be of upright conversation’.

The press jumped on the story and cast the Army as perpetrators. 'The Manchester Observer' coined the phrase 'Peterloo Massacre' to describe the event in ironic reference to the Battle of Waterloo in 1815.

The government tried to justify the actions of the Army and magistrates, cracking down on public meetings and the press to try and quell public sympathy for the victims. But this ultimately failed, fuelling vicious satire and propaganda that further turned public opinion against the Army.

‘At Waterloo there was man to man but there it was downright murder.’
Cloth worker and ex-soldier John Lees, one of the Peterloo casualties, 1819

The Bristol Riots of October 1831 took place after the House of Lords rejected the Second Reform Bill, which would have extended the franchise. Thousands of the city’s inhabitants rioted - the large crowd burned down the houses of the rich and powerful, including the Bishop's Palace, the Custom House and the Mansion House. The mob also released prisoners from the jail.

The cavalry was called in, but their commander Lieutenant-Colonel Thomas Brereton initially refused the order to open fire on civilians. Eventually, his force charged the crowd. Several people were killed and hundreds more wounded over three days of unrest. Over 90 protesters were sent to prison and four were hanged.

Brereton was court-martialled for negligence, taking his own life before he could be sentenced. The Mayor of Bristol and nine aldermen were prosecuted for breaching their common law ‘duty’ to assemble a force of soldiers to put down the revolt.

Usually, the power and tendency of local magistrates to call out troops without scrutiny continued throughout the century.

The controversies of the 19th century meant that the Army was reluctant to be used against civilians. Larger police forces also meant that troops were rarely deployed to control riots or uprisings.

The Siege of Sidney Street in 1911 was the first time that the police requested military assistance in London. They had to deal with an armed stand-off after Latvian revolutionaries fired on unarmed police officers following a botched robbery.

Marksmen from the Scots Guards were brought in to assist the police, who lacked the fire-power to deal with the robbers.

‘We want the army to be a popular institution and not a menace to civil liberty.’
Sir Richard Haldane, the reforming Secretary of State for War, 1908

Soldiers were mobilised against striking miners during the Tonypandy Riots in 1910 and the 1911 national rail strike. The latter only lasted two days, but precipitated the Llanelli railway riots in which six people died after the brutal suppression of mass picketing by police and the Army.

While most strike deployments were peaceful, the Army’s role as strike-breakers was hugely unpopular, especially in mining towns where soldiers were often ostracised or viewed with suspicion.

During the General Strike of 1926, the police largely proved capable of maintaining order. The Army focused on maintaining transport infrastructure, protecting food convoys leaving the docks, and guarding power stations and other key points.

They were tasked with the 'preservation of the peace' and the 'essentials of life'.

Major John Spencer-Churchill was thanked by Great Western Railway for ‘the many arduous hours’ he spent helping maintain transport during the General Strike of 1926.

Ashtray given to Major John Spencer-Churchill by the Great Western Railway for help during the General Strike, 1926

The intense public backlash to such events means that, outside of Northern Ireland, the Army has not been used to maintain civil order in the United Kingdom since 1926.

Even in Northern Ireland during ‘The Troubles’ (1969-2007), the Army carefully prepared and trained for the social and legal context needed to maintain order, but still struggled to navigate the situation without controversy.

Officials now recognise that although the Army is trained in the use of lethal force, it should not be regularly used to control its fellow citizens.

‘To use soldiers and sailors, kept up at the expense of the taxpayer, to take sides with the employer in an ordinary trade dispute… would be a monstrous invasion of the liberty of the subject. But the case is different where vital services affecting the health, life or safety of large cities or great concentrations of people are concerned.’
Secretary of State for War Winston Churchill, 1919 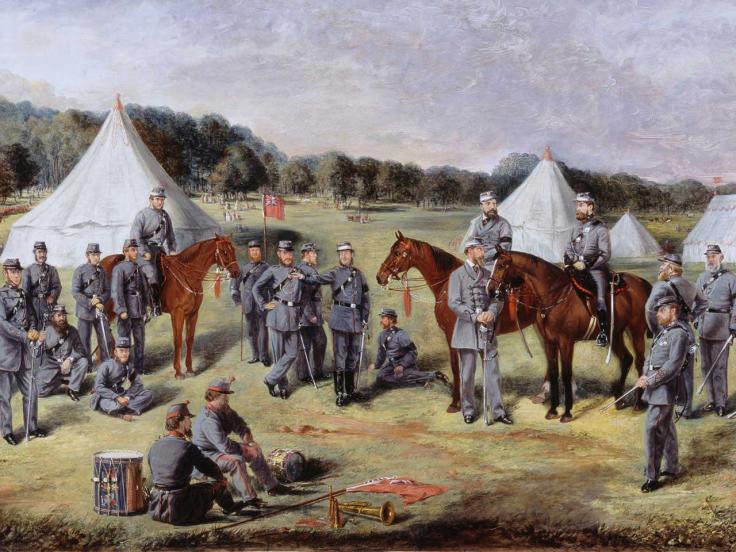 Throughout its long history the British Army has relied on part-time soldiers to support its operations, guard British shores and maintain law and order.