In the aftermath of the Second World War (1939-45), the British Army found itself stuck in the middle of a growing conflict between Arabs and Jews in Palestine. The momentous events that followed led to the creation of the State of Israel. 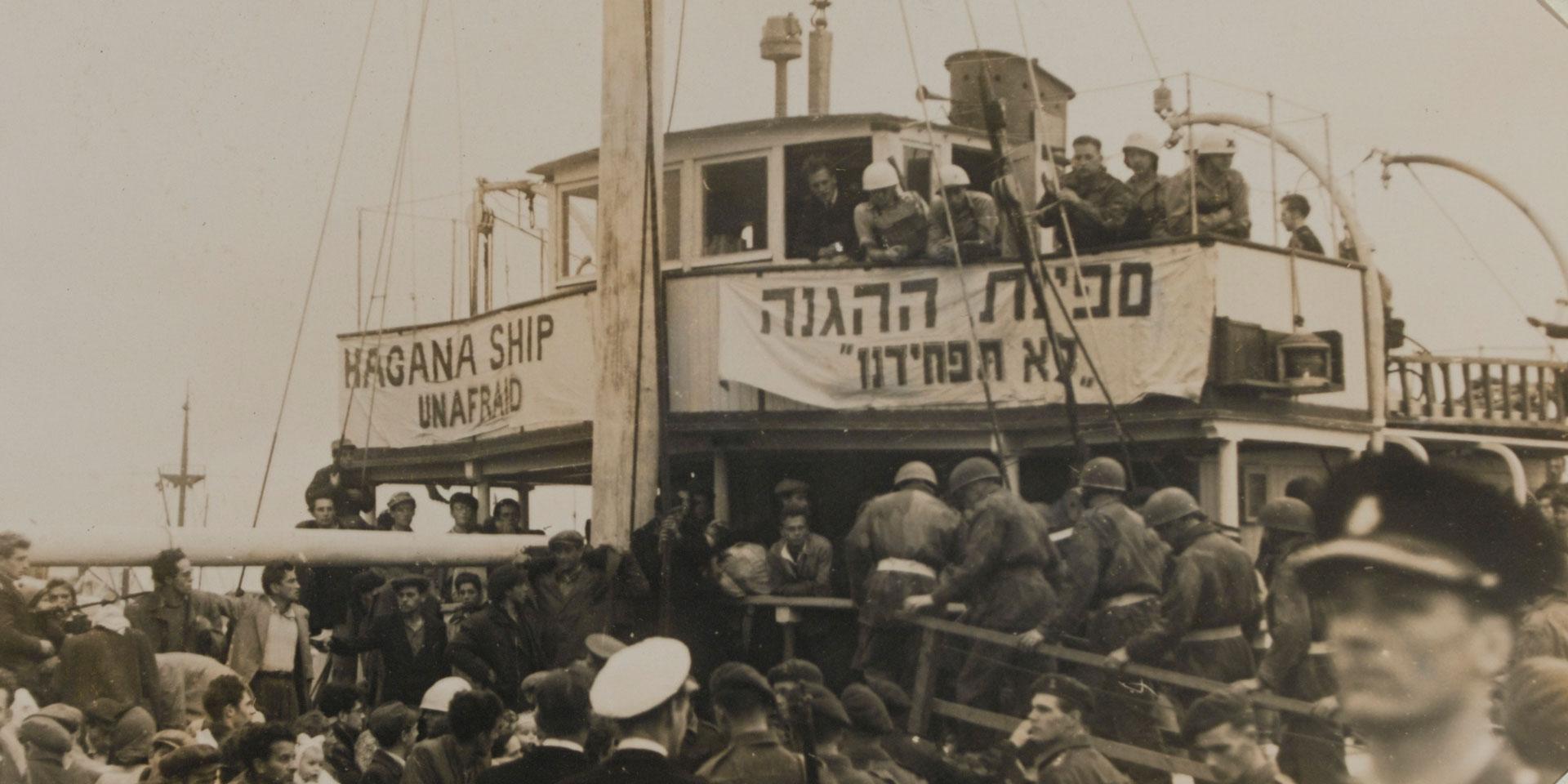 In 1917, in order to win Jewish support for Britain's First World War effort, the British Balfour Declaration promised the establishment of a Jewish national home in Ottoman-controlled Palestine.

However, the British had also promised Arab nationalists that a united Arab country, covering most of the Arab Middle East, would result if the Ottoman Turks were defeated.

When the fighting ended in 1918, with the Ottoman Empire defeated on every front, neither promise was delivered.

In 1920, Britain assumed responsibility for Palestine under a League of Nations Mandate. During the next two decades, over 100,000 Jews entered the country.

The British Army's operations in Palestine during this period were mainly directed against militant Arab groups who were opposed to this mass Jewish immigration. Violence reached a height with the Arab Revolt of 1936-39.

The Holocaust had a major impact on the situation in Palestine. During the Second World War (1939-45), the British restricted the entry into Palestine of European Jews escaping Nazi persecution. Anxious to appease the Egyptians and oil-rich Saudis, they imposed a limit on Jewish immigration.

This provoked armed Jewish resistance, and eventually united those who looked to Britain for help in establishing their national homeland (the Haganah) and those who wished to use terrorism to drive the British out.

A train sabotaged by the Irgun near Binyamina, 1947

The British called LHI the Stern Gang after its leader, Abraham Stern, who was killed in a clash with the Palestine Police in 1942. In November 1944, LHI assassinated the British Minister for the Middle East, Lord Moyne.

After the Second World War, 250,000 Jewish refugees were stranded in displaced persons camps in Europe. Despite the pressure of world opinion - in particular the repeated requests of US President Harry Truman - the British refused to lift the ban on immigration and admit 100,000 Jews to Palestine.

The Jewish underground forces now united. The Haganah had resisted attacking the British as long as they were fighting Nazi Germany. Now, their fighters allied themselves with Irgun and carried out several raids against the British.

In late 1945, in response to full-scale riots in Jerusalem and Tel Aviv, and bomb attacks on the railway system, British troops from the 1st Infantry and 6th Airborne Divisions had to be deployed in support of the civil police.

When the 3rd Infantry Division arrived in Palestine in 1947, the number of British troops deployed there had risen to about 100,000 - the majority of them National Servicemen.

Used to conventional fighting in Europe, British troops found it difficult to deal with the violent actions of Irgun and LHI.

The tactics used in the 1930s - curfews, searches and the guarding of key locations - were again put into place. But the Jewish groups enjoyed the support of the local Jewish population and the British found intelligence gathering particularly difficult.

Despite this, the High Commissioner Sir Allan Cunningham decided to mount a major blow against the insurgents. On 28 June 1946, 17,000 British troops carried out Operation Agatha in Jerusalem. The Jewish Agency offices and other buildings were raided and arms caches discovered.

A large number of Jews suspected of terrorism were arrested. Anti-terrorist operations were primarily the responsibility of the Palestine Police. The Army's job was to support them, cordoning off villages or sectors of towns, and helping the police search them.

'It was very volatile really. I went into Gaza a lot of occasions when I first went there to the shops and there was a NAAFI club but eventually they became more and more hostile and it was effectively out of bounds to us.’ Corporal John Marriage, Palestine, 1947-48

In September 1946, the British called a conference of Jewish and Arab leaders in London. When this ended in deadlock in February 1947, the Government announced it had decided to refer the problem to the United Nations.

Terrorist activity continued, leading to the introduction of martial law and stricter curfews.

British soldiers were frequently targets for attack and kidnap, often in retaliation for death sentences passed on members of Irgun and LHI. A typical insurgent operation was the bombing of the British Officers Club in Haifa, in which 30 people were killed and injured.

On 22 July 1946, Irgun fighters also blew up a wing of the King David Hotel in Jerusalem, killing over 90 people, including many civilians. This attack broke the fragile Haganah-Irgun partnership. 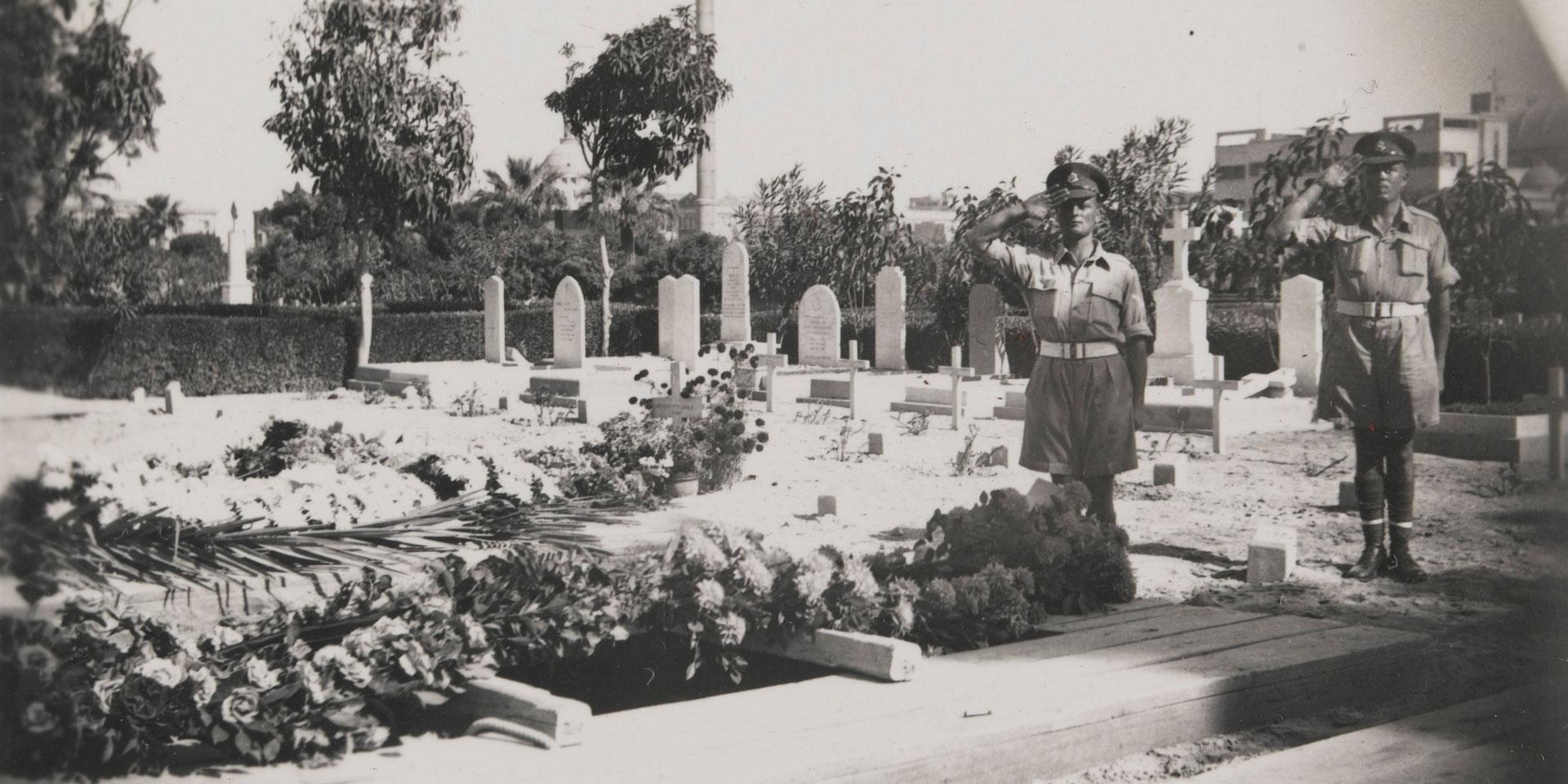 ‘Two people were killed there, Private Catford and a mate of ours was Private Kenny…The vehicle was blown up they were transported in. You know, you were transported in the back… I do believe it was the Jews, yes I’m sure it was the Jews. Because they used to have women on the side of the roads and they used to coax the men to stop and once they’d stop they’d come out of the rocks or trees, or bushes, or orange groves.’ Private Frank Jennings, Palestine, 1947-49

On 31 March 1947, Irgun set light to the oil refinery at Haifa, starting a fire which blazed for three weeks. In May, it attacked the prison at Acre, freeing a large number of inmates.

On 29 July, in retaliation for the execution of three of their members, LHI kidnapped and hanged two British Army sergeants. They then booby-trapped the bodies so that the officer who cut them down was badly injured.

In November 1947, the United Nations recommended the partition of Palestine and the establishment of separate Arab and Jewish states.

On 15 May 1948, Britain gave up her mandate. The British Army departed from Palestine leaving the Jews and the Arabs to fight it out in the war that followed. The campaign had cost around 750 British military and police lives.

The clasp ‘Palestine 1945-48’ was added to the General Service Medal and awarded to soldiers who served in Palestine between 27 September 1945 (the date a state of emergency was declared) and 30 June 1948 (when the last British troops departed).