This unit was formed as the Women’s Army Auxiliary Corps (WAAC) in 1917 to free up more men to go and fight in the First World War. It was the first time women had served in the British Army other than as nurses. The corps was eventually disbanded in 1921. 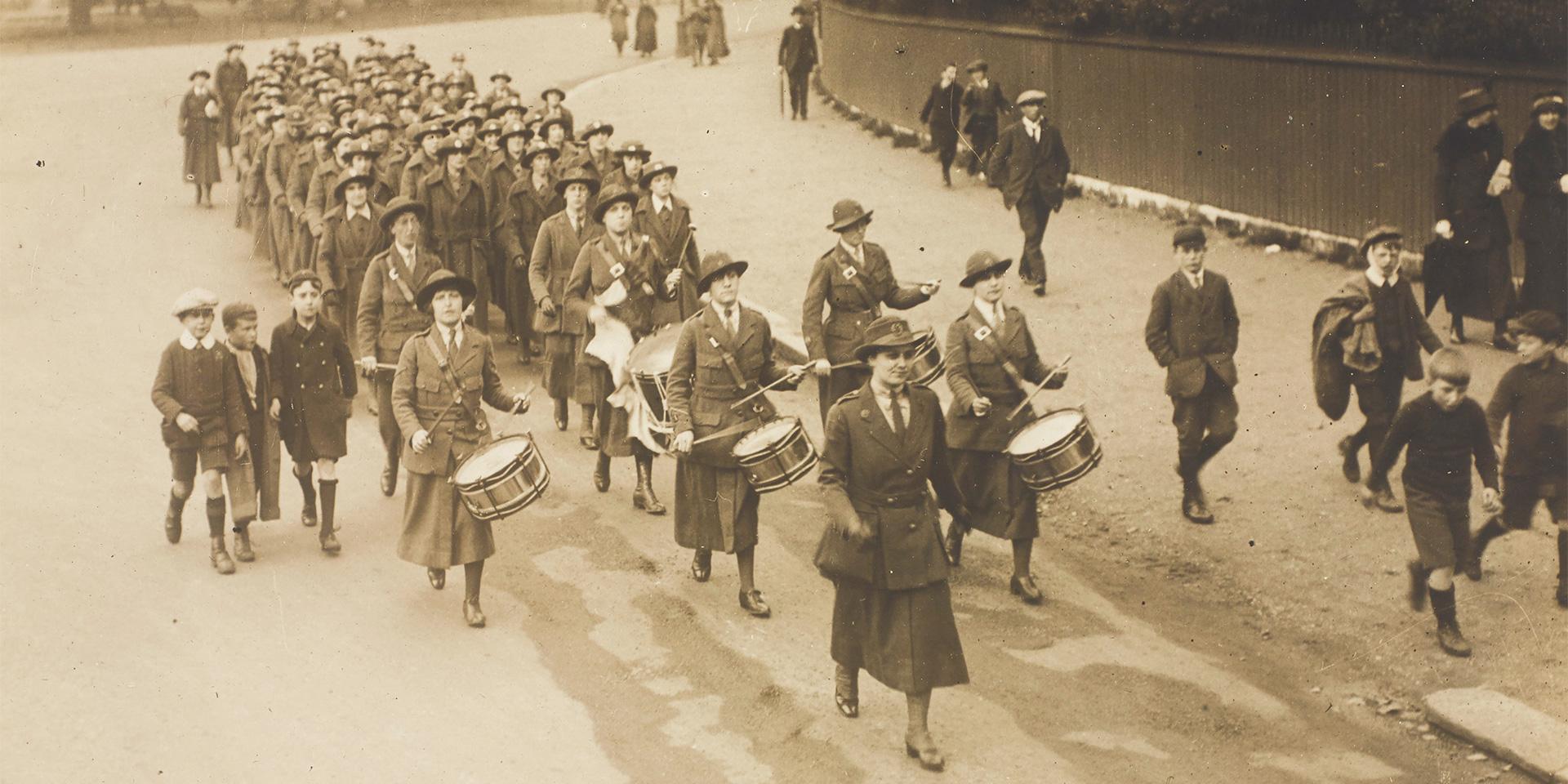 During the 18th and 19th centuries, soldiers’ wives often accompanied their husbands to the battlefield. A handful of women even disguised themselves as men to join up. But in the 20th century, the Army realised that by setting up a women’s corps to carry out support roles, it could free up men for the front line.

On the outbreak of the First World War (1914-18), women were eager to prove their worth to society and support the war effort, but the British government was initially reluctant to involve them. The prevailing attitude was that women were not skilled or resilient enough for traditional military work.

In 1916, the Department of National Service considered calling up men in their fifties to release more soldiers for front-line service. However, they soon realised this would not raise the numbers needed. So, in 1917, the Women’s Army Auxiliary Corps (WAAC) was established, with Dr Mona Chalmers Watson as its first Chief Controller.

Women were restricted to ‘feminine’, auxiliary roles, such as store work, administration and catering. They were also initially confined to service in Britain, but this was quickly expanded to France, with Helen Gwynne-Vaughan appointed as Chief Controller Overseas.

Impressed with the WAAC's work, Queen Mary became its patron in 1918. The corps was renamed Queen Mary’s Army Auxiliary Corps (QMAAC) to reflect its fine conduct during the German Spring Offensive of that year.

'We felt we were pioneers, and it was up to us to make good and to prove what women could do. I am sure that the discipline, pluck and grit learnt then will help us in whatever the future has in store. Also we have learnt what comradeship means in the widest sense.' Chief Controller Lila Davy, August 1920

By the end of the First World War, 50,000 women had volunteered. Despite being confined to support roles, they were often exposed to enemy attacks.

Margaret Caswell served in the Women’s Legion before being transferred to the WAAC in 1917. Given the rank of worker, Caswell was sent to France to work as a waitress at an officers’ club at Abbeville Camp.

On the night of 29-30 May 1918, German aircraft attacked QMAAC Camp 1 at Abbeville. One of the bombs hit the protection trench, killing Caswell and eight of her colleagues, and wounding seven others. Dr Phoebe Chapple, one of the medical personnel sent to the front in France, was awarded the Military Medal for her actions during the air raid.

Overall, 81 women of the QMAAC were killed, and five were awarded the Military Medal for their services.

Commemorative Medallion issued to next of kin of Margaret Caswell, QMAAC, c1918

The QMAAC were kept on in France after the war to help with the clean-up operation over there, including tending to the cemetery gardens that had been established. The unit was eventually disbanded in September 1921 as the Army was reduced to peacetime levels.

But many former QMAACs returned to the colours, joining the newly formed Auxiliary Territorial Service (ATS) during the Second World War (1939-45).