'The Battle of Isandlwana' by Charles Fripp depicts a humiliating defeat suffered by the British Army during the Zulu War (1879). It is one of the National Army Museum's most popular paintings. But before going back on display in Battle gallery, this iconic artwork needed some TLC: tender loving conservation! 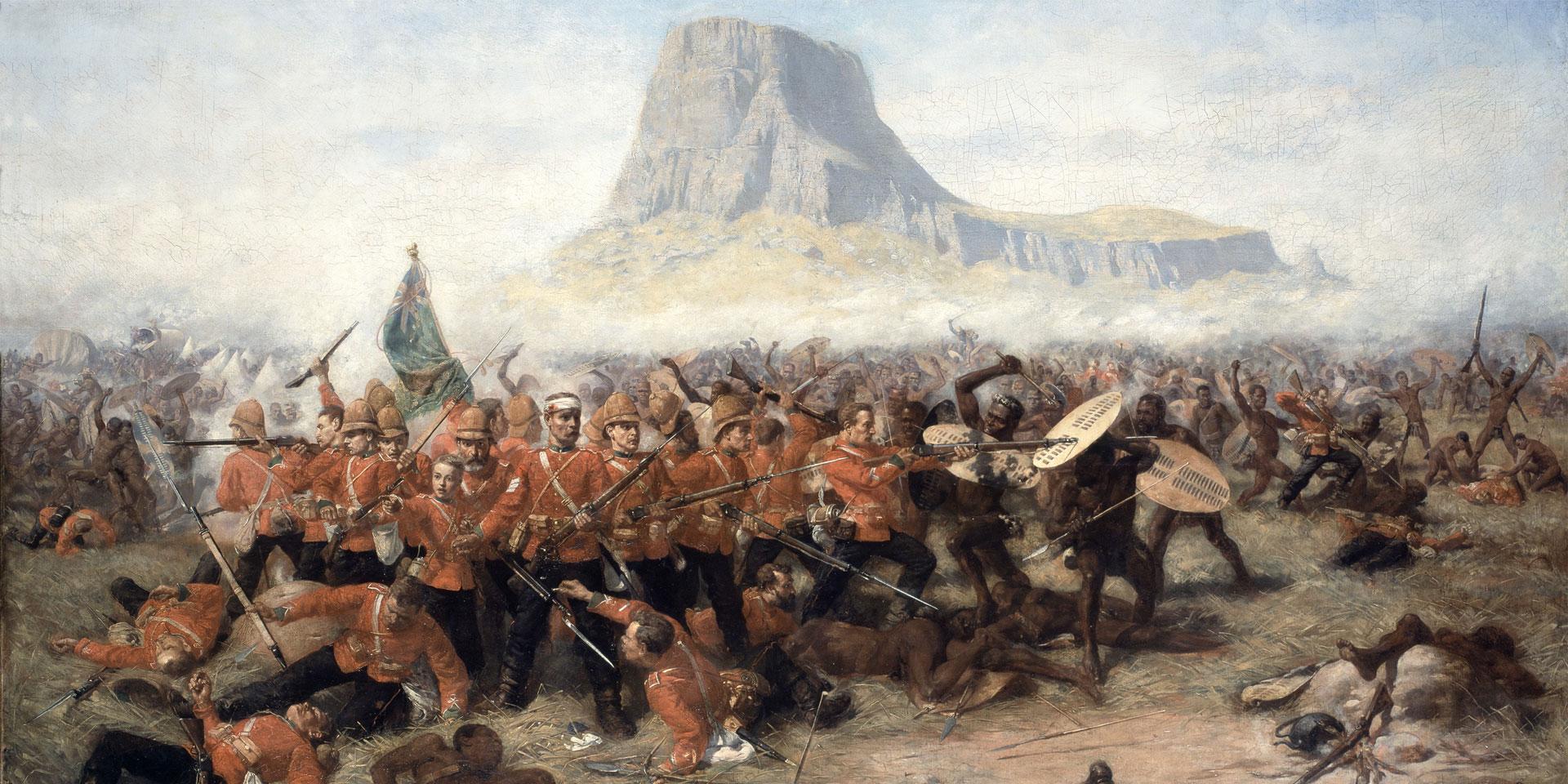 'The Battle of Isandlwana' was painted by the British artist Charles Edwin Fripp. It depicts a disastrous British defeat at the hands of King Cetshwayo's Zulu army.

Fripp travelled to Zululand in March 1879 as the 'special artist' for The Graphic, a weekly illustrated newspaper. When he visited the battlefield four weeks after the defeat, bodies still lay unburied and rotting on the ground.

Despite Fripp's portrayal of the battle as more heroic than the shambles it must actually have been, his painting made little impact when it was first exhibited in 1885. For the British public, Isandlwana was an embarrassing defeat, already fading from memory. 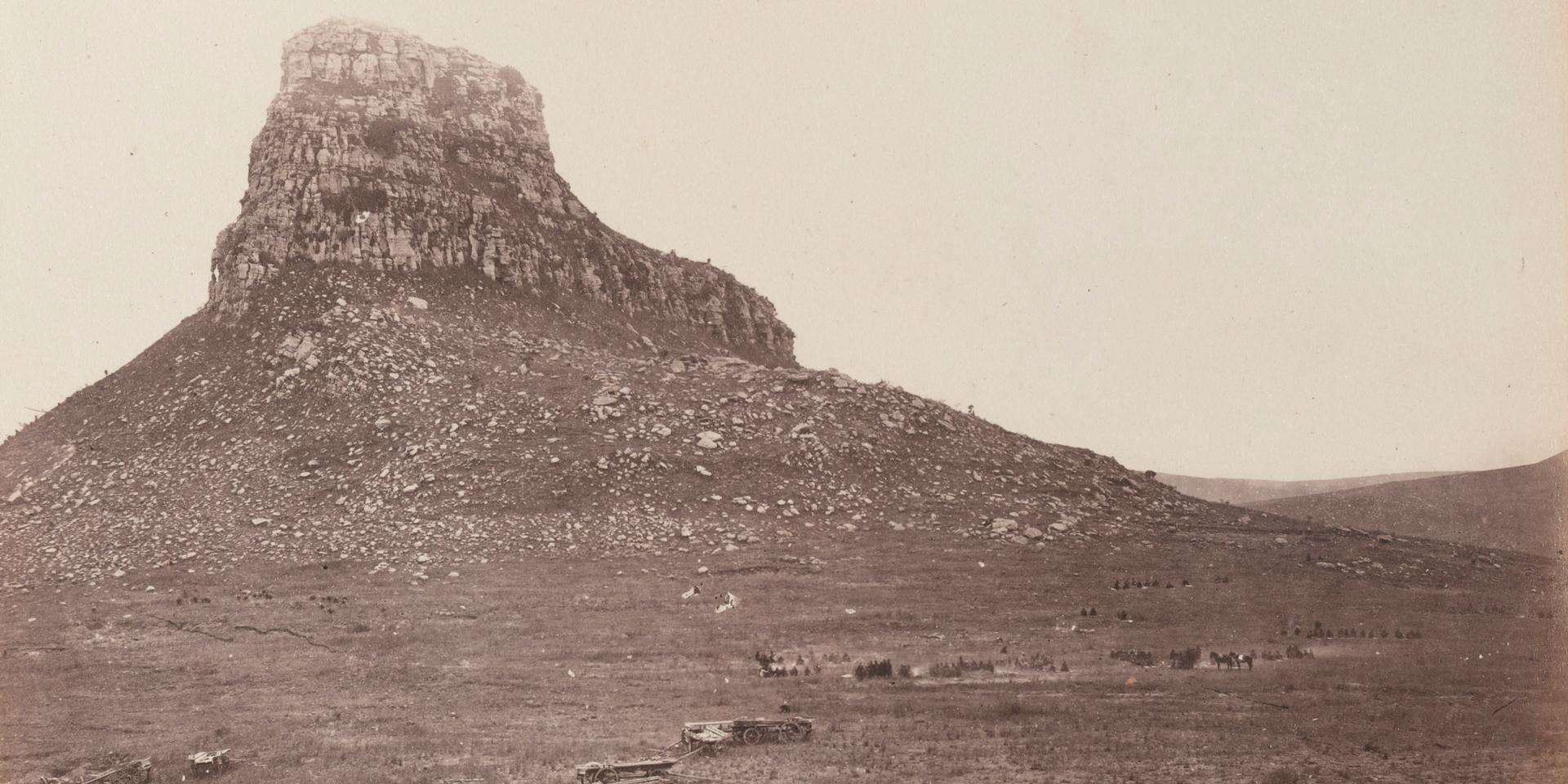 The Zulu War began in 1879 when Lieutenant-General Lord Chelmsford entered Zululand in a move to 'persuade' the Zulus to cooperate in a federation of British colonies in South Africa.

Chelmsford's invasion force was split into three columns. His own column crossed the Buffalo River at Rorke's Drift mission station to seek out the Zulu army.

Chelmsford established a temporary base camp at Isandlwana. On 22 January 1879, he led out part of his force to find the Zulu warriors rumoured to be in the area.

But he had underestimated the enemy's speed of movement and fighting ability. Just after midday, the inadequately defended camp was attacked by about 20,000 Zulus. Despite defending themselves bravely, the British were routed.

At home, the Victorian public was shocked by the news that 'spear-wielding savages' had defeated their army. 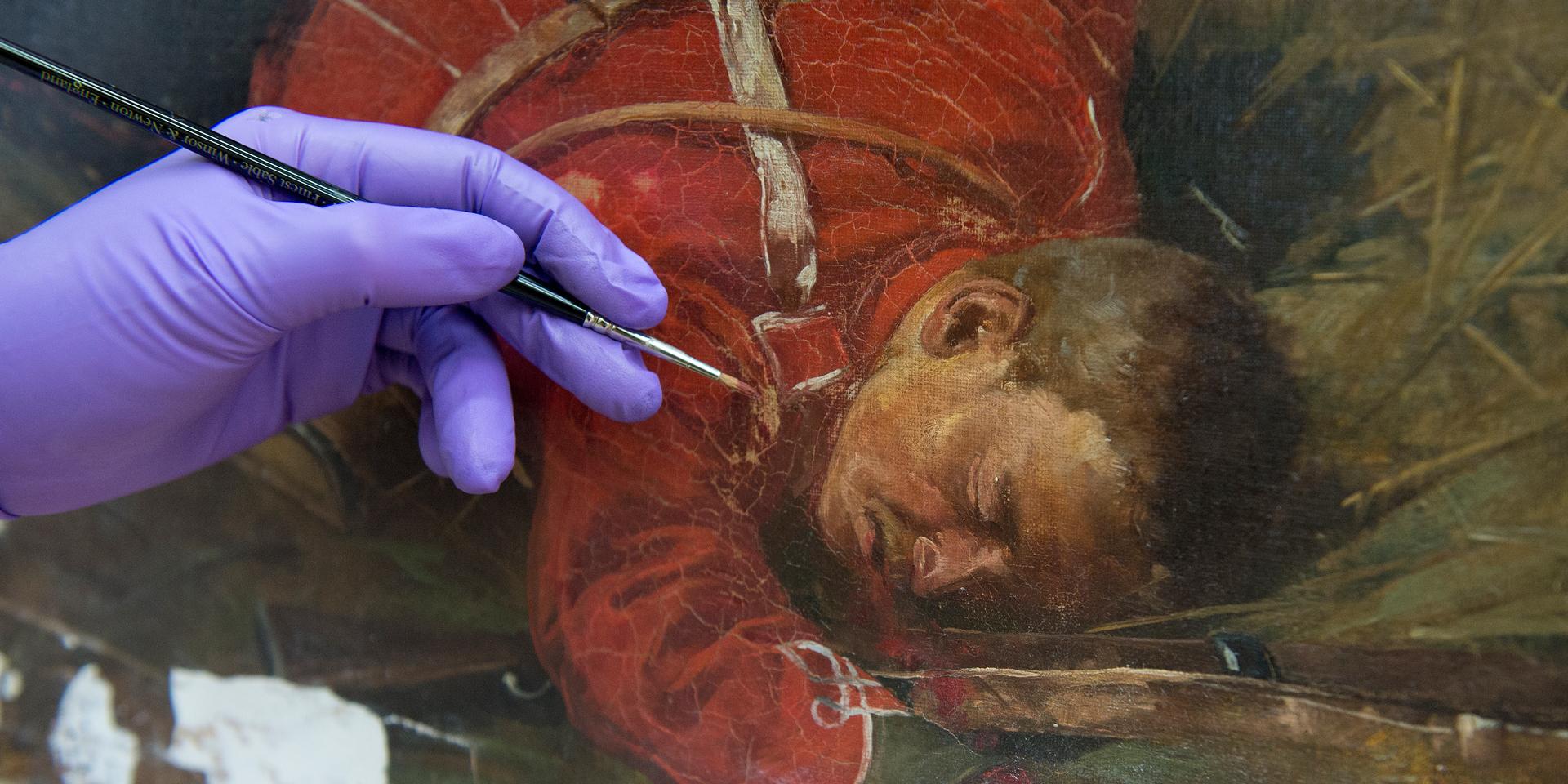 A fresh coat of paint

'The Battle of Isandlwana' is one of the National Army Museum's most popular paintings. But its many years on display had taken their toll.

The painting had been water damaged at the bottom, and parts of the original image were missing. To make matters worse, the original varnish had turned yellow, discolouring the painting and obscuring Fripp's brushstrokes.

Conservators set to work to undo previous touch-ups, and replace them using new reversible techniques. They also removed the surface dirt and re-painted missing sections to restore the monumental painting.

‘The Battle of Isandlwana’ after conservation 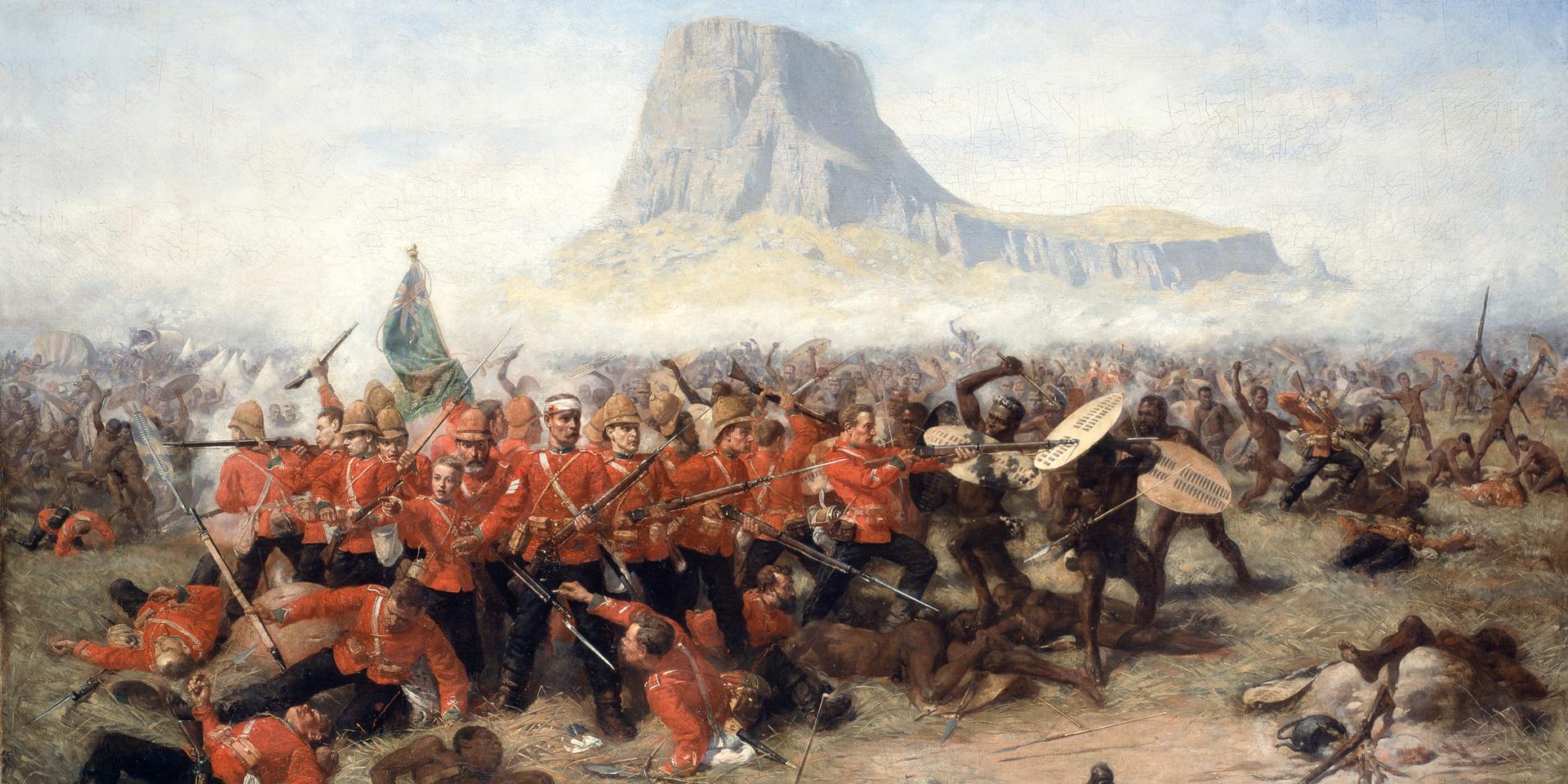 ‘The Battle of Isandlwana’ after conservation

By studying historic photographs of the painting, conservators were able to fill in the missing sections. And the removal of the yellow varnish has made the original colours more vivid.

The conservation work has restored 'Islandlwana' to its former glory. We can now also see some of Fripp's more dramatic elements much better.

The alarmed young drummer boy shows us the fear and panic felt by the British troops during the attack. Although, in reality, the drummers at the battle were much older, usually about 24 years old.

Detail of the drummer boy on the restored painting

The restored 'Battle of Isandlwana' is now on display in Battle gallery.