The Victoria Cross (VC) has been the premier award for gallantry in the British military since its introduction in 1856. An early example was found on the shores of the River Thames in 2015. Research into this cross - the most recent addition to the Museum's VC collection - has narrowed down the list of its possible owners to two heroic soldiers of the Crimean War.

The Guards engaging Russians in the Sandbag Battery at Inkerman, November 1854 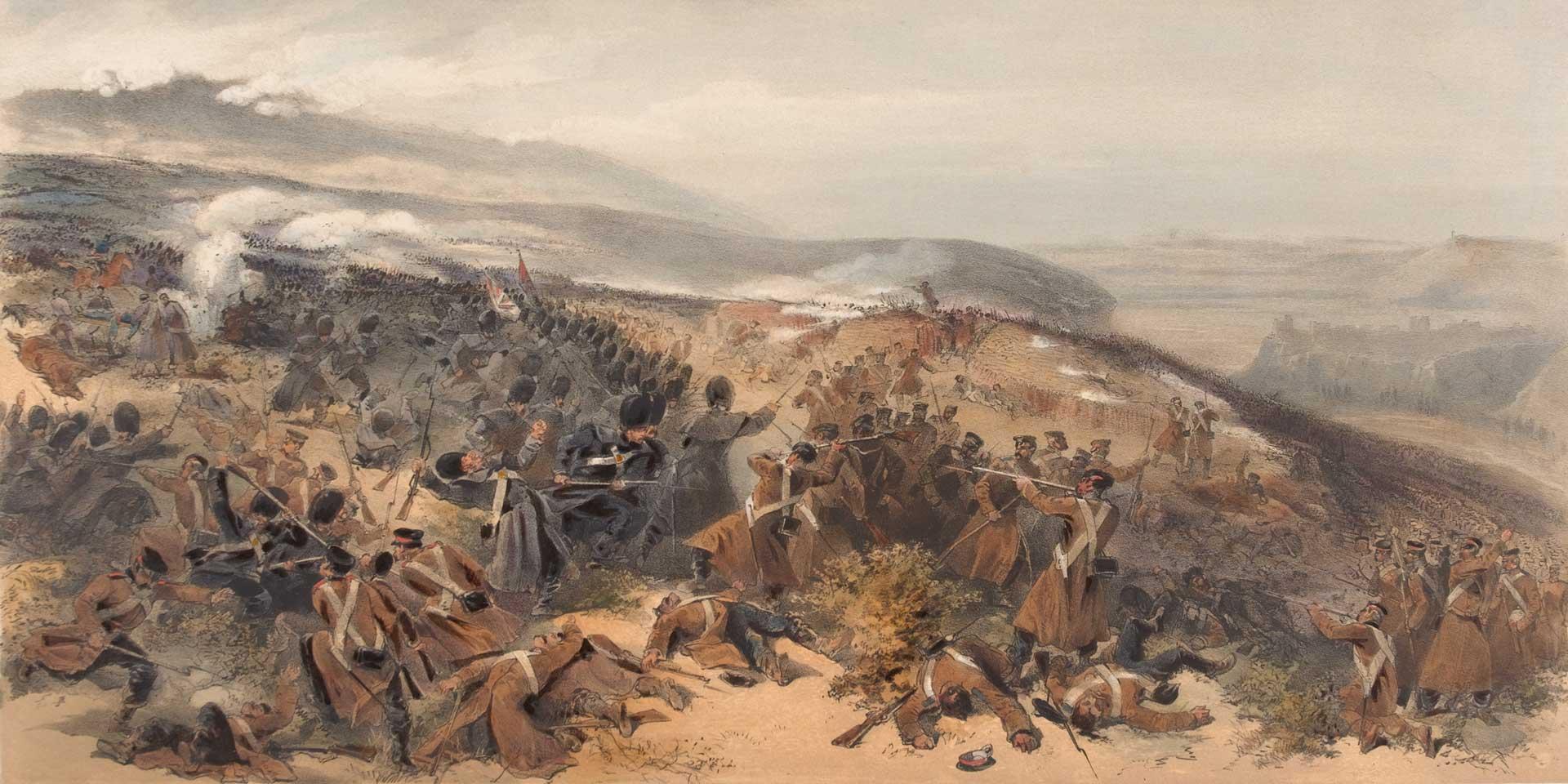 The Guards engaging Russians in the Sandbag Battery at Inkerman, November 1854

Stuck in the mud

In 2015, a metal detectorist named Tobias Neto discovered the lower part of a Victoria Cross (VC) on the north shore of the River Thames. It was dated 5 November 1854, indicating that it was awarded for the Battle of Inkerman, a crucial engagement in the Crimean War (1854-56).

The VC no longer had its suspender bar attached, meaning it couldn't be directly attributed to a specific individual. However, there are only two VCs for Inkerman that remain unaccounted for - those awarded to Privates John McDermond and John Byrne - so the likelihood is that this cross belonged to one of them.

Inkerman was one of the main battles of the Crimean War. More than 20 VCs were retrospectively awarded for it.

Fought on 5 November 1854, the engagement saw Russian troops launch a surprise dawn attack on the British and French lines besieging the port of Sevastopol. The Russians used troops from their field army, positioned to the east, and troops from the Sevastopol garrison.

The battle was a confused affair, fought in thick fog. The British won thanks to the dogged determination of their infantry, who were supported as the day went on by French reinforcements. The Russians were repulsed and the allies returned to their siege. Sevastopol finally fell 11 months later.

Inkerman became known as ‘the soldiers’ battle’ as it was small groups of infantry standing firm in the fog who won the day. The fighting witnessed many acts of conspicuous bravery, including that of Private John McDermond of the 47th (Lancashire) Regiment, part of the hard-pressed 2nd Division defending Home Hill.

Lieutenant-Colonel O’Grady-Haly, the 47th’s commanding officer, led a charge against the Russian attackers, but was unhorsed and injured. McDermond, along with Private Kelly (later killed) and Captain Rowland, dashed to their colonel's rescue. Both survivors received the VC for their actions.

Another Inkerman VC recipient was Private John Byrne of the 68th (Durham) Light Infantry. The 68th had counter-attacked with the 4th Division, but were eventually forced to retreat having exhausted all their ammunition. As they did so, Byrne ran back to rescue a fallen comrade, a feat which contributed to his earning the VC.

In May 1855, Byrne captured a musket in single combat with a Russian soldier. This act was also included on his VC citation. 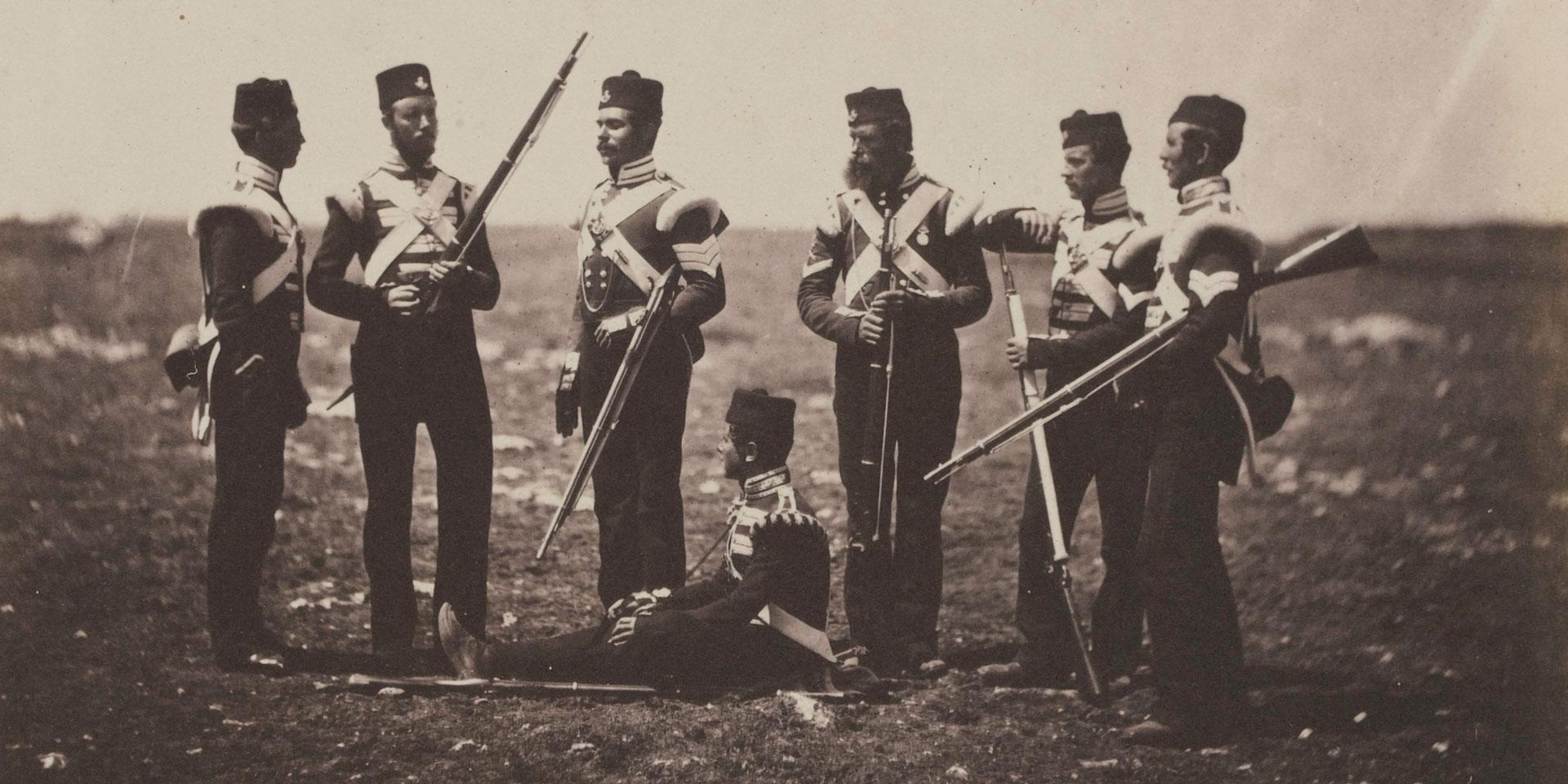 After the Crimean War, both Byrne and McDermond continued to serve with the Army.

Byrne was awarded the Distinguished Conduct Medal in 1864 at the Battle of Te Ranga, during the Second Taranaki War (1863-66) in New Zealand. He was eventually discharged with the rank of sergeant in 1872. He then briefly served with the 2nd North Durham Militia, but was discharged for improper conduct.

McDermond was invalided out of the Army due to injury in 1864, and registered as a Chelsea Out Pensioner.

Both men seem to have suffered a significant decline in fortunes and health after their service. Little is known of McDermond after he left the Army. All that can be said for certain is that he died from typhus in 1866 and was buried in Glasgow.

Byrne had a rather more dramatic end, having suffered with mental health issues after his service. Reports from 1879 suggest that he was working for the Ordnance Survey in Newport, when he got into an argument with a fellow workman. Believing his colleague had insulted his VC, Byrne shot him and later killed himself at his lodgings. He was buried in Newport.

On examining the Thames VC, it was important to establish that it was an original issue. Duplicate VCs can often be found as a result of the originals being worn and lost on active service, or sold by impoverished recipients.

It was inspected by Hancock’s (who manufacture VCs) as well as experts from various museums. They concluded that it was genuine, but that it had been damaged as a result of its immersion in the Thames.

The cross was subjected to X-ray fluorescence to determine its composition. This allowed it to be compared with 42 VC examples of known provenance and lent greater credibility to its authenticity. The Thames cross sits comfortably within the expected profile for a VC of this age.

How the VC ended up in the Thames remains a mystery, and it is still not possible to determine which man it belonged to. But what can be said for certain is that both were brave young soldiers whose actions deserve to be remembered.