A remarkable collection of objects, including a rare Victoria Cross, tells the heroic story of Lieutenant John Grant Malcolmson, who served with the 3rd Bombay Light Cavalry during the Persian War (1856-57). 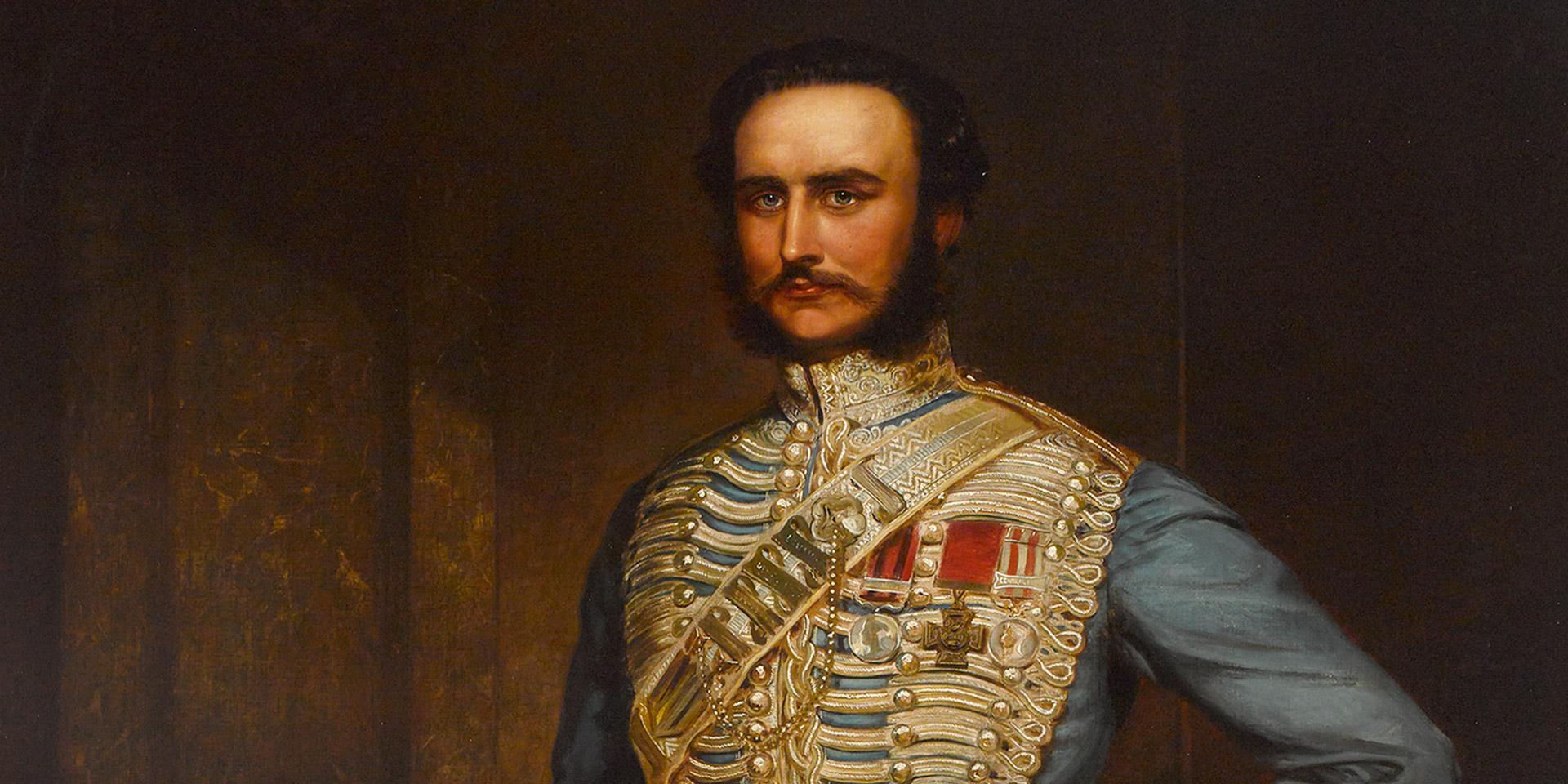 John Grant Malcolmson was born in Scotland in 1835. He joined the 3rd Bombay Light Cavalry on 28 August 1855 and served in a number of different campaigns in India.

During the Indian Mutiny (1857-59) he took part in the Siege of Ratghur and the fall of Kalpi. But it was on campaign in Persia (now Iran) that he won his Victoria Cross (VC).

In the mid-19th century, Britain was anxious about Russian influence over Afghanistan, an important border state with British India. Tensions grew when the Persians - believed by the British to be too pro-Russian - began to show signs of interference in Afghan affairs.

The charge of the 3rd Bombay Light Cavalry at the Battle of Khoosh-ab, 1857

Malcolmson was involved in the capture of the Persian port of Reshire in December 1856. But it was at Khoosh-ab, the largest battle of the war, that he demonstrated the greatest bravery.

On 8 February 1857, the 3rd Bombay Light Cavalry was faced by a square of well-trained infantry. The cavalry charged, led by Lieutenant Moore who spurred on his horse to crash through the Persian bayonets. The infantry square was broken - an impressive and rare feat in itself - but Moore was thrown from his horse and surrounded by the enemy.

Lieutenant Malcolmson gallantly fought his way to his fallen comrade, offered Moore his stirrup, and carried him away to safety.

For his cool determination and instinctive actions, Malcolmson was awarded the VC. He was presented with his cross by Queen Victoria on 9 November 1860 at Home Park, Windsor Castle. His was one of only three VCs awarded during the Persian War.

The Victoria Cross is the highest and most distinguished award a British soldier can receive. To win one, a soldier must perform an extreme act of bravery in front of the enemy. The cross has achieved almost mythical status and those who are awarded it are revered as heroes.

Each cross is accompanied by an impressive tale of bravery and daring. They are some of the rarest and most sought-after objects relating to the British Army. The National Army Museum holds 39, each of them equally impressive and inspiring.

Once in a lifetime

Given how rare and collectable these medals are, the chance to acquire one was a once-in-a-lifetime opportunity for the curators involved. It's usually only by the extreme generosity of an individual that a VC enters a publicly held collection.

Malcolmson’s VC was gifted to the National Army Museum by one of his descendants. It came as part of a group of medals which also included his India General Service Medal 1854-95, with a clasp for 'Persia’; Indian Mutiny Medal, with a clasp for 'Central India'; Queen Victoria Diamond Jubilee Medal 1897; and King Edward VII Coronation Medal 1902.

But the extent of the donation did not end there. Gifted alongside his impressive VC medal group were: a full-length oil painting of Malcolmson by Louis William Desanges; the uniform he is wearing in the painting; his swords and pistols; and various other personal items, such as his smoking case.

‘As a descendant of a long line of those serving in the military I felt that these items should be kept together and be available for future generations.’ The donor (who wished to remain anonymous), 2017