A rare tunic worn by Lieutenant Campbell Clark during the Indian Mutiny (1857-59) holds a death-defying tale of gruesome gunshots, troublesome timepieces and a remarkable recovery. 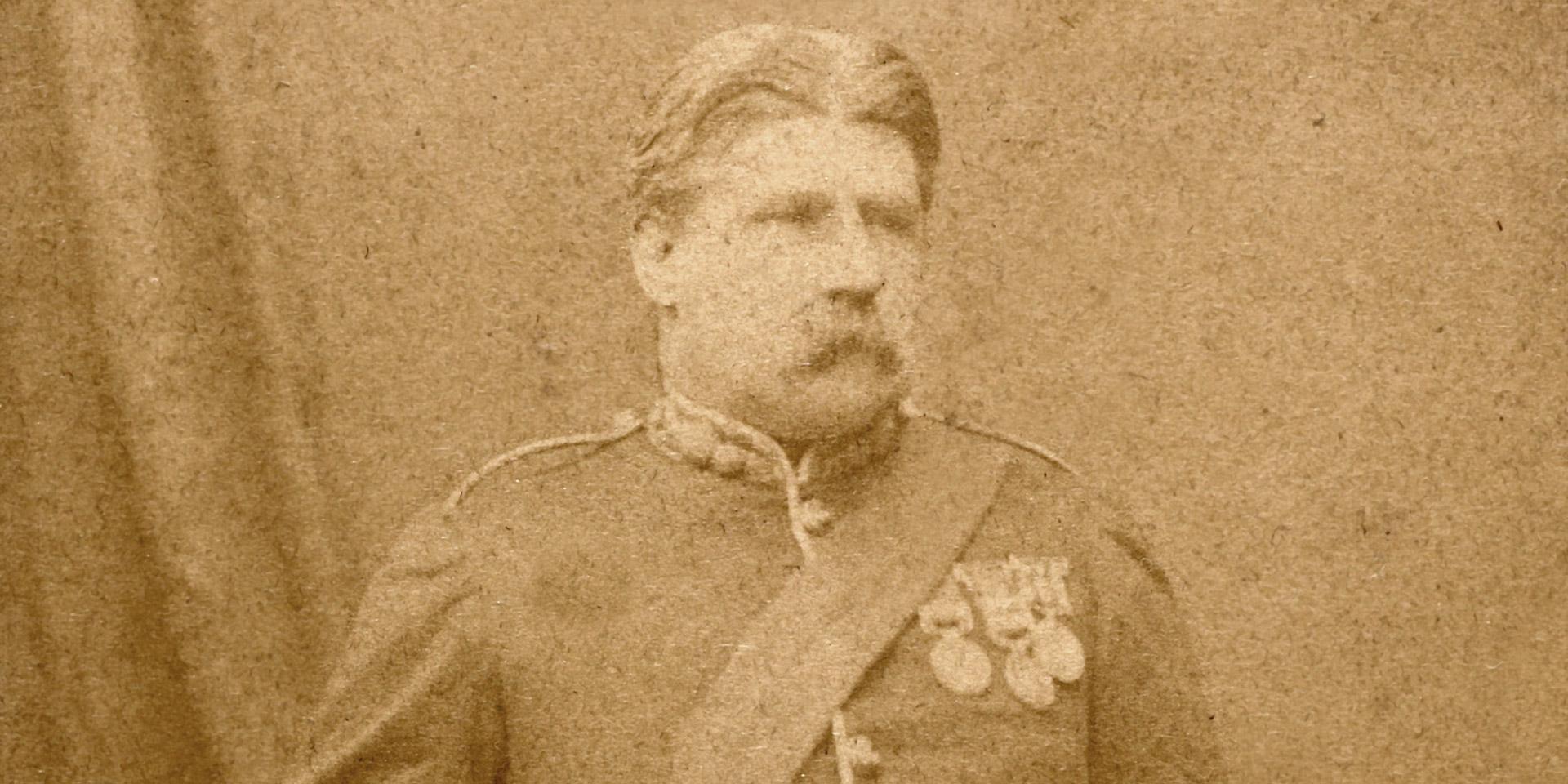 The entry and exit holes in this tunic are testament to a brutal exchange that took place at Cawnpore (now Kanpur) on 27 November 1857. It was an episode from which Lieutenant Campbell Clark was lucky to escape with his life.

Ambushed and shot at point-blank range by rebel sepoys (Indian infantry), Clark suffered a musket ball through his stomach.

His comrades managed to get him back to a military hospital, but his condition was deemed beyond help.

However, Clark defied the odds. He survived not only his initial injury, but also the dire conditions in the hospital and the subsequent surgeries to remove fragments of his gold watch-chain, clothing and musket ball from his wound.

‘I have only one fear about my wound, and that is that there may be still some flannel shirt or red flannel from which my coat was made... in my stomach and that may trouble me after the wound has healed up.’ Letter from Lieutenant Campbell Clark, 4 January 1858

The Clark family in the Mutiny

The tunic bears witness to the remarkable resilience of the individual who wore it, but also to a particularly bloody period in Britain and India's shared history.

The Indian Mutiny started as a rebellion by Indian soldiers within the British garrison at Meerut (in modern day Uttar Pradesh). It rapidly expanded into a wider-scale revolt against British rule in Bengal.

Campbell Clark of the 2nd Bengal European Fusiliers was on leave in England when the uprising broke out. Unable to rejoin his own unit, which was besieging Delhi, on returning to India he was attached to the 88th Regiment of Foot (Connaught Rangers) at Cawnpore.

Scene of the massacre of women and children at Cawnpore, 1857

Engaging the rebels at Cawnpore, November 1857

There were many acts of brutality on both sides throughout the rebellion. Cawnpore was the scene of one of the most horrifying incidents shortly before Clark's arrival, when a number of British women and children were killed. And it was there in November 1857 that Clark was wounded while taking part in an attack against the mutineers.

Campbell’s younger brother Edgar Clark was also an army lieutenant, serving with the 21st Regiment of Bengal Native Infantry. Sadly, Edgar’s wife, son and newborn daughter all died during the Siege of Lucknow (1857), having been sent to the Residency there for protection shortly after the rebellion broke out.

Campbell Clark went on to have a long and successful career in India and at home. He remained with the 2nd Bengal European Fusiliers after it became a Crown unit - the 104th Regiment of Foot (Bengal Fusiliers) - and retired in 1879 with the rank of colonel. He died of stomach cancer in Suffolk on 28 March 1896, aged 69.