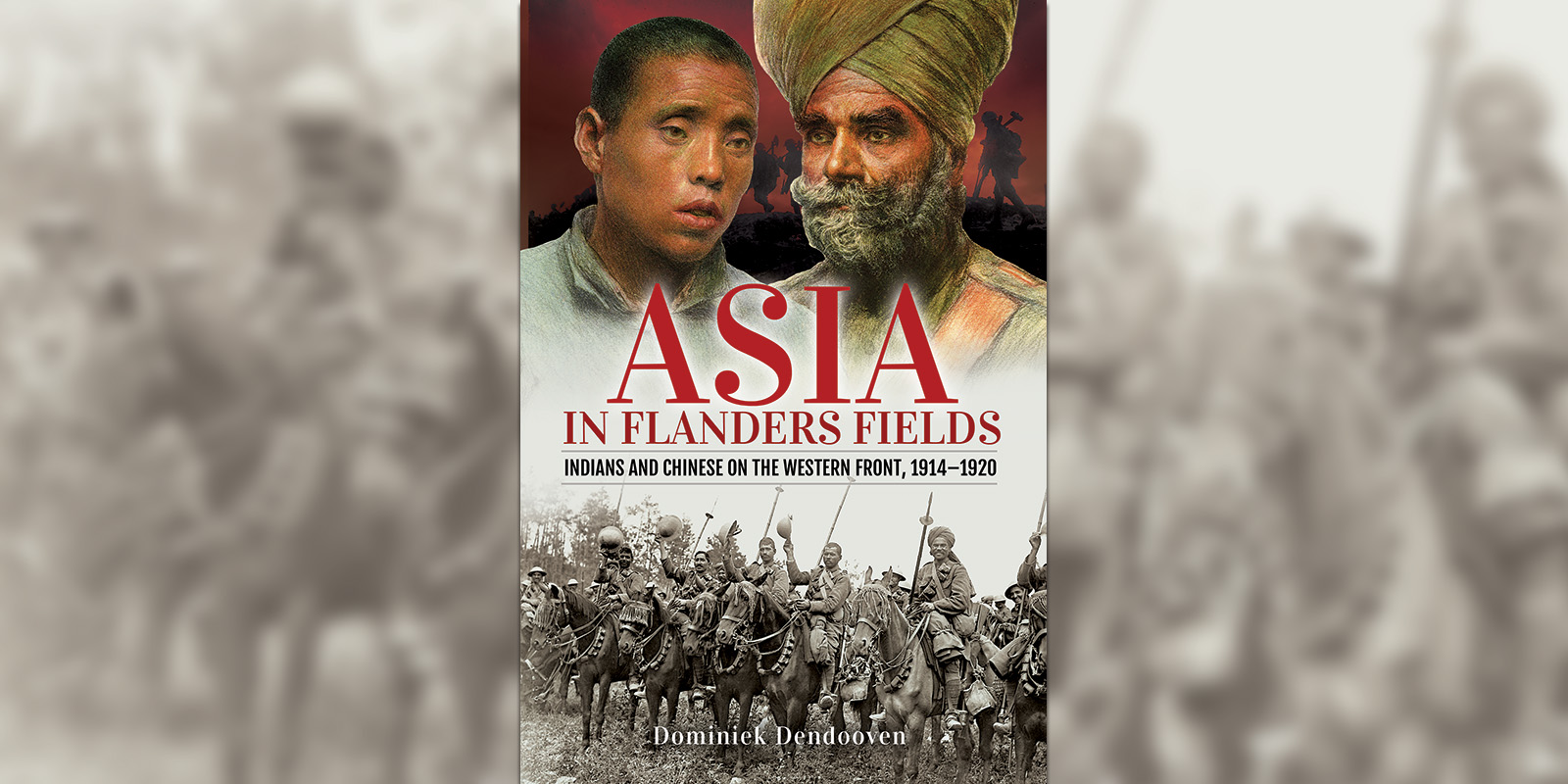 Dominiek Dendooven launches his new book exploring what life was like for Chinese and Indians serving on the Western Front.

The First World War brought people from five continents to support the Allies on the Western Front. Many came from colonial territories in the British and French empires; the largest contingents were Indian and Chinese.

Besides confronting industrial warfare on an unimaginable scale, their story is one of encountering the European 'other', including local civilian populations. Often marred by racism, discrimination and xenophobia both inside and outside the military command, their service was also lightened by moving and enduring 'human' social relationships. These wartime experiences enhanced Asian political awareness and self-confidence, and stimulated anti-imperialist and nationalist feelings.

In his brand new book, 'Asia in Flanders Fields', Dominiek Dendooven explores how Indians and Chinese experienced the Western Front and how this affected these men and their home societies. His work draws on many original and previously unknown sources, including writings in French, German, Flemish and Chinese, but also other cultural products such as photographs, songs, and trench art.

Dr Dominiek Dendooven is a historian of the First World War. He is Curator and Researcher for the Flanders Fields Museum and is Associate Lecturer and Researcher at the University of Antwerp and University of Louvain. He is an established author with over ten publications in English and French.