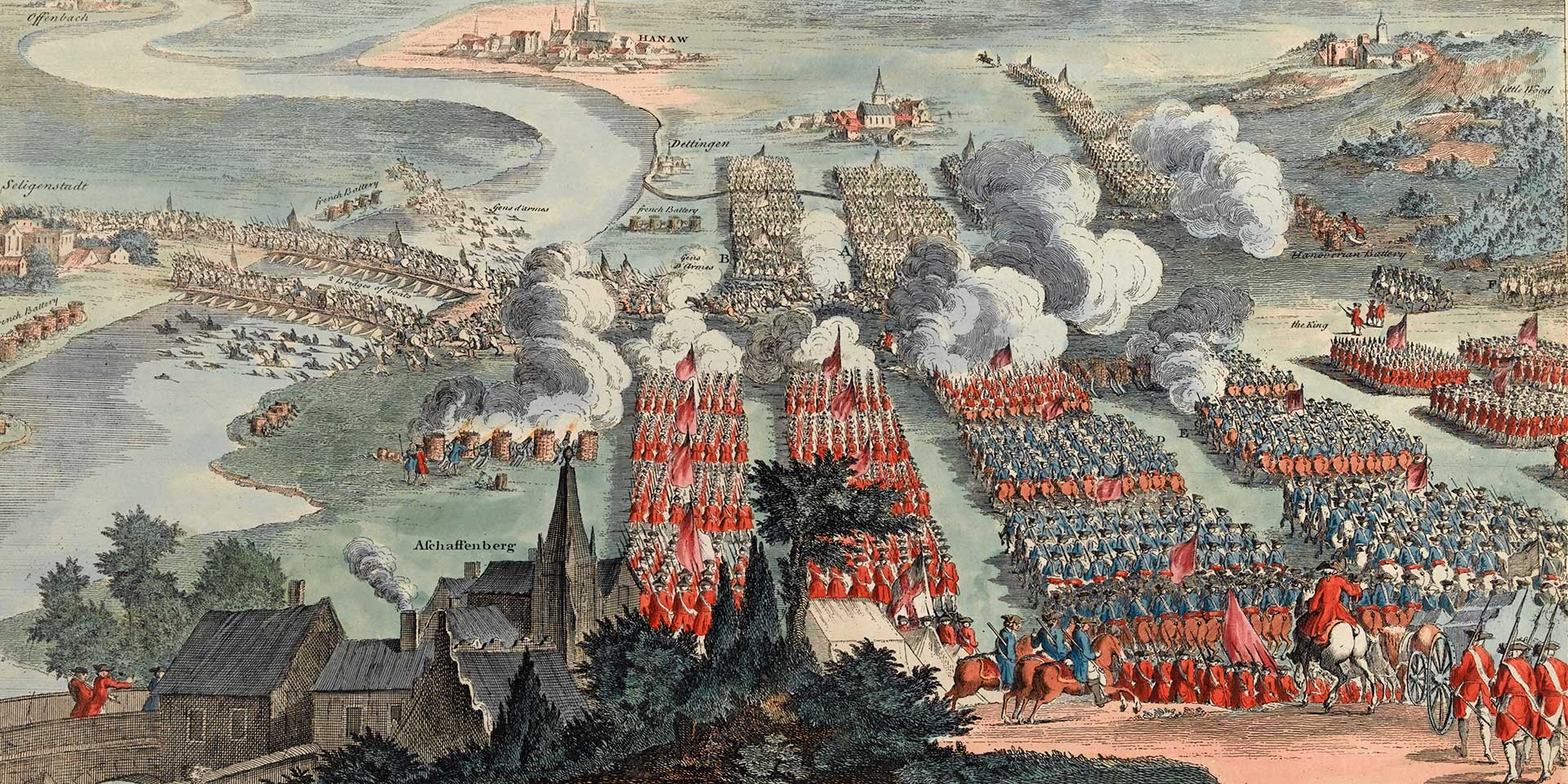 Marking the 275th anniversary of the Battle of Dettingen, Sophie Stathi of the National Army Museum discusses the battle’s significance.

On 27 June 1743, King George II commanded the British Army against the French at Dettingen. It was the last time a reigning British monarch would personally lead troops into battle.

Fought in southern Germany during the War of the Austrian Succession (1740-48), the battle - and George’s victory there - was famously celebrated by Handel in his composition, ‘Dettingen Te Deum’.

Museum curator Sophie Stathi will introduce the reasons behind Britain’s involvement in the war. She will explore the events of the battle and the lessons learned, highlighting soldiers’ personal stories.