A tank crew making a meal during their service on the Imjin, 1951

Join historian Andrew Salmon MBE as he marks the 70th anniversary of the bloodiest battle fought by UK troops since the Second World War.

After the Second World War, the American and Soviet superpowers had growing concerns about spheres of influence. One of the results of these concerns was the partition of Korea along the 38th Parallel. The country was split in two with the communist Democratic People’s Republic of Korea being established to the north and the American-backed Republic of Korea to the south.

However, relations quickly broke down. On 25 June 1950, the North Korean People’s Army invaded South Korea and soon forces from United Nations (UN) member states, including America and Britain, were sent into the conflict.

After much back-and-forth fighting, the South Korean capital of Seoul was conquered for the fourth time that year. The UN forces began to dig in close to the 38th Parallel and moved troops north to create a buffer for Seoul.

In April 1951, Chinese forces aimed to counterattack and make their way to the city. The upcoming offensive would become known as the Battle of the Imijin River. It would last three days and span over a 40-mile (64km) front.

Andrew Salmon MBE is a journalist who has worked for ‘Forbes’, ‘Monocle’, ‘The South China Morning Post’, ‘The Times’ and ‘The Washington Times’. Graduating from the University of Kent, Salmon went on to graduate at London’s School of Oriental and African Studies. His book ‘To the Last Round’ was the winner of the Hampshire Libraries/Osprey Publishing award for Military Book of 2009. In 2010, it was named one of the top 10 books on Korea by ‘The Wall Street Journal’. 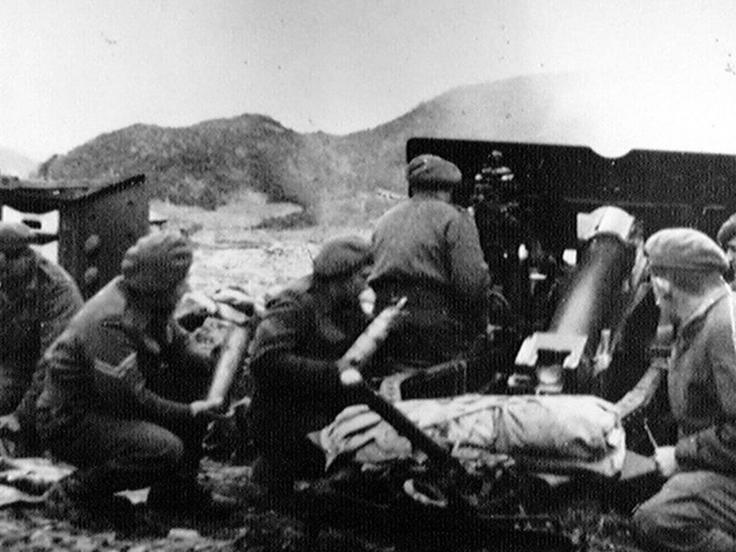 Fought in April 1951 in Korea, this was the bloodiest engagement endured by the British Army since the Second World War. For three days the 29th British Independent Infantry Brigade Group thwarted massed Chinese attacks.