Gurkha Odyssey: Campaigning for the Crown 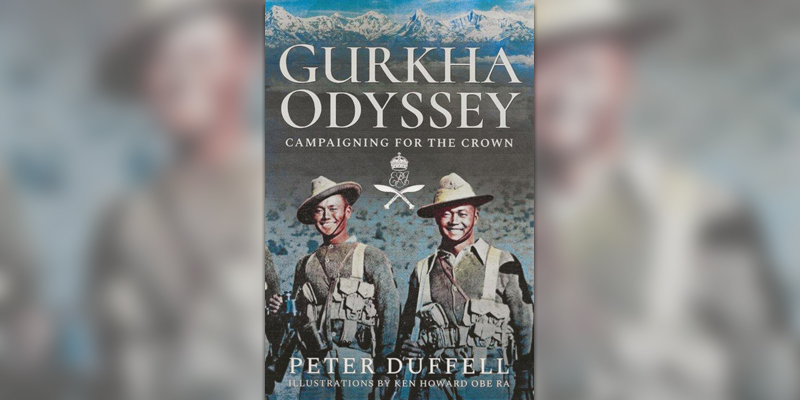 Join Lieutenant General Peter Duffell as he launches his new book celebrating 200 years of Gurkha service to the Crown.

'Gurkha Odyssey' focuses on the military service of the lighthearted and dedicated Gurkha soldier.

Its historical settings are the Asian landscapes that were part of Britain's imperial past – India's North West Frontier, Afghanistan, Burma, Malaya and Singapore, Borneo, and particularly Hong Kong with all its topicality and tragedy.

It was to these countries that the Gurkha soldier travelled and where he fought costly campaigns on behalf of the British Crown - campaigns that earned the Gurkha regiments over a hundred battle honours.

To launch his book, General Duffell will tell a vivid and unique personal account combined with the wider history of these gallant soldiers.

Peter Duffell was commissioned into the 2nd Gurkha Rifles in 1960 and has been associated with the Gurkha soldier for nearly 60 years.

As a young company commander he was awarded the Military Cross leading his Gurkhas in clandestine operations against Indonesia in the 1960s. As the general commanding British forces in Hong Kong, he served there during a challenging time as the Territory responded to the Tiananmen Square massacres in Beijing in 1989 and its preparation for its handover to China in 1997.

He retired from the Army in 1995, and is a fellow of the Royal Geographical Society and a Trustee of the Foyle Foundation.