The Last Years of the British Indian Army

FREE
Register to watch online by clicking the 'Book Now' button above.

To mark the 75th anniversary of the disbandment of the British Indian Army, an online panel of experts will discuss the experiences of soldiers serving during this organisation’s final years.

The Indian Army was vital to Allied victory in the Second World War. Some 2.3 million people served in this all-volunteer force. Yet, only months later, centuries of military history and tradition came to an end with the partition of India.

Join an expert panel of historians and specialists from the National Army Museum to consider the final years of the Indian Army. Together, they will discuss the experiences of its soldiers in the lead-up to war, their actions and attitudes during an epochal global conflict, and how we can best understand their legacies today.

Professor Daniel Marston is the director of the Secretary of Defense Strategic Thinkers Program at the School of Advanced International Studies, Johns Hopkins University. He was previously Professor of Military History at the USMC School for Advanced Warfighting and a Senior Lecturer in War Studies at the Royal Military Academy Sandhurst. Professor Marston is one of the leading experts on the British Army in Burma during the Second World War and has written several award-winning books on the topic.

Dr Alan Jeffreys is the Head of Equipment and Uniform at the National Army Museum. His edited volume 'The Indian Army in the First World War' was published in paperback in October 2022. He is also a visiting research fellow at the University of Greenwich and has written and edited seven books and over 20 articles and book chapters, nearly all of which have been about the Indian Army.

Dr Yasmin Khan is the author of ‘Raj at War: A People’s History of India’s Second World War’. By looking at the lives of ordinary Indian people at this extraordinary moment in history, Dr Khan explores the profound effects that mobilisation and war had on India. 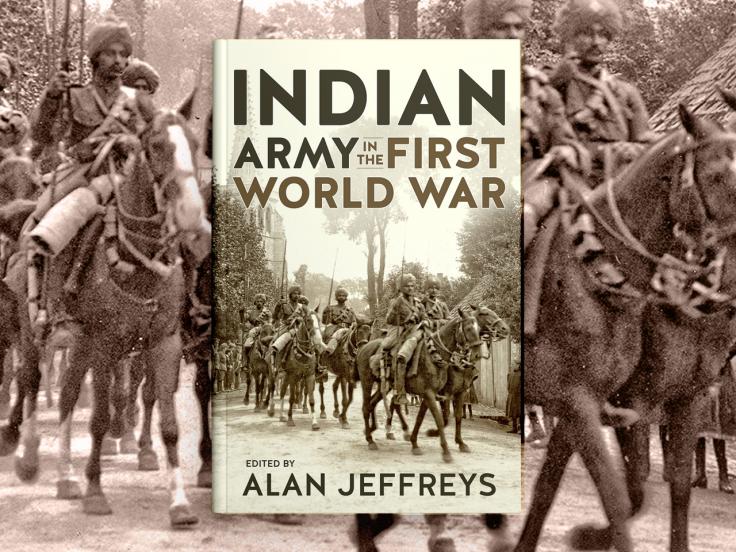 Buy a copy of this edited volume, compiled by Alan Jeffreys, which reassesses the important global role of the Indian Army during the First World War.