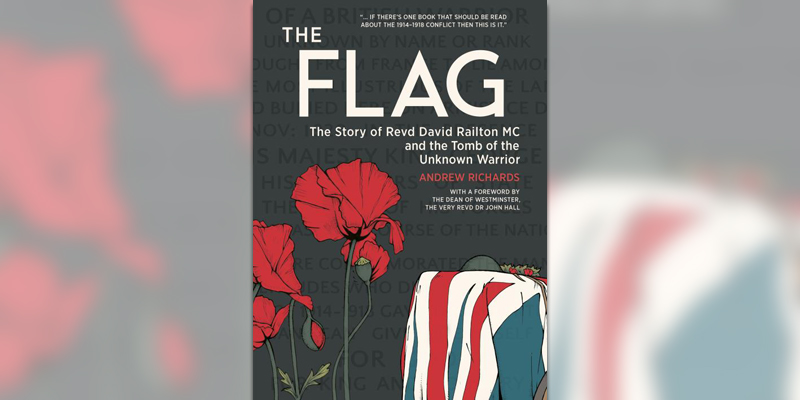 Andrew Richards tells the story of the First World War chaplain who first suggested a memorial to those fallen servicemen and women with no known grave.

As an Army chaplain on the Western Front, the Reverend David Railton supported soldiers in their darkest hours of need. He buried the fallen, wrote to families of the missing and killed, and helped the survivors.

Railton received the Military Cross for rescuing an officer and two men under heavy fire on the Somme.

After the war, he returned to work as a parish priest in Margate. It was his idea to create a memorial to the ‘unknown soldier’, dedicated to those killed in the war but whose body or grave couldn’t be identified.

On Armistice Day 1920, the Unknown Warrior was laid to rest with full honours in Westminster Abbey. Railton’s flag, used as an altar cloth and shroud throughout the war, covered the coffin and continues to hang in the abbey to this day.

Drawing on personal letters and unpublished papers, Andrew Richards takes a new look at the grave of the Unknown Warrior, through the lens of Railton's life and wartime experiences.

Andrew Richards is a writer and former soldier. He retired from the British Army in 2002 after 23 years’ service in the Household Cavalry.